Inequality is decreasing between countries—but climate change is slowing progress

Forecasts have painted a difficult picture for the future. But one new study argues that climate change has already imposed an economic penalty on many countries.

Scientists have known for decades that climate change is reshaping the physical face of the planet. But according to new research, warming has also had a measurable impact on economies, providing a boost to some countries and a penalty to others.

Inequality between countries has decreased over the past few decades. But between 1961 and 2010, the country-to-country gap would have narrowed more if not for climate change, says new research published Monday in the Proceedings of the National Academy of Sciences. The difference between the richest and poorest countries in the world is some 25 percent wider than it would be in a world without global warming, the authors say.

Impact of climate change on 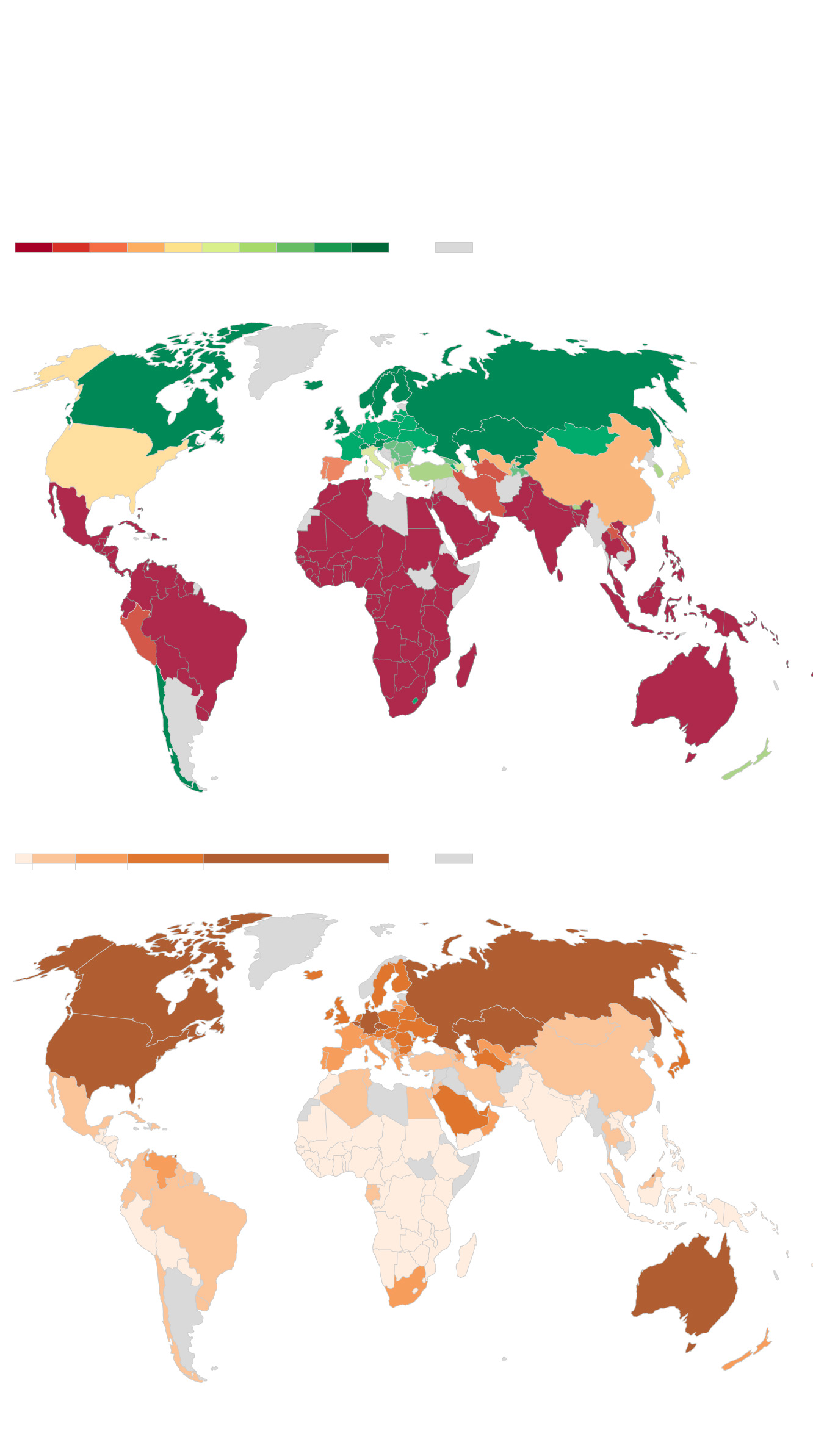 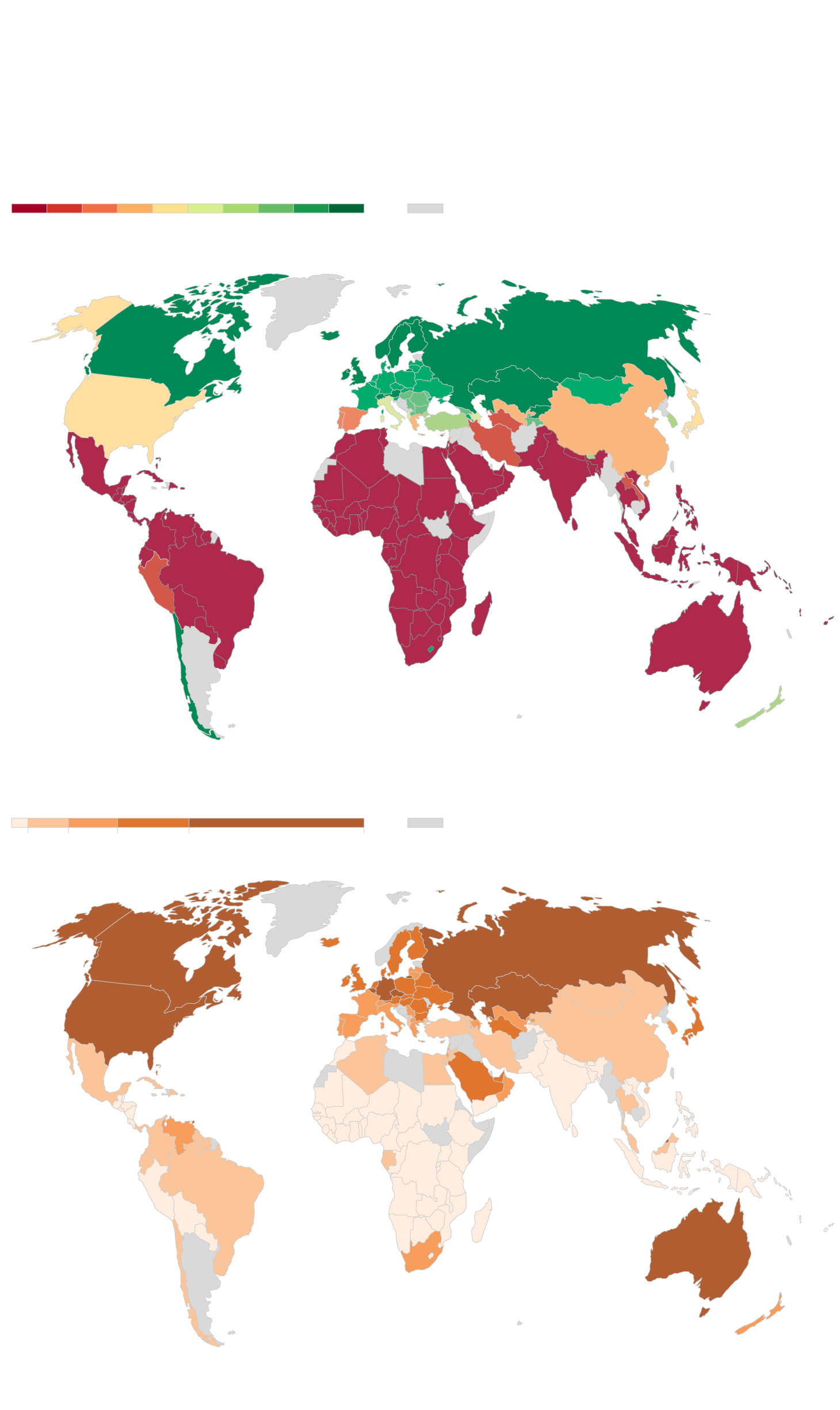 Economists, development experts, and world leaders have long warned that climate change is likely to hurt poor countries more than rich ones. Recovering from disasters like hurricanes or floods or drought is more challenging when resources are thin, and extra heat hurts more when humans and crops are already near their limits— the case for many countries in the climate-sensitive tropics.

“So even without this added economic penalty, those poorer places would bear the brunt of climate change,” says Amir Jina, an environmental policy expert at the University of Chicago.

Much of the research on the social and economic impacts of climate change looked into the future, years or decades or centuries ahead. But in recent years, scientists have begun to tease out exact calculations of how much climate change has already affected us. In 2017, for example, they established that Hurricane Harvey dumped about 15 percent more rain than it would have in an un-climate-changed world.

Diffenbaugh and Marshall Burke, the authors of the new study, realized they could apply the same kind of approach to economies. Burke and colleagues had shown a few years prior that there is a remarkable relationship between the average annual temperature in a country and its economic output. Places whose temperature hovered around 13 degrees Celsius, or about 55 degrees Fahrenheit (like China and the U.S.), have the highest economic productivity in the world. The farther away from that peak a country was, the less productive they were.

It didn't matter if a country was rich or poor: The Goldilocks-esque relationship held. Colder countries didn't produce as much. Nor did hotter countries, and their economic penalty was even greater, especially when average temperatures crept above 20 degrees Celsius, or 68 degrees Fahrenheit.

The exact reasons why this relationship existed are still being worked out, and there’s no one factor that controls the effect globally. In some cases, hotter temperatures may make it harder for people to work, and in others, it may affect the agricultural output, amongst many other effects. But the overall pattern is clear.

And it suggested an obvious next question: As the climate warmed over the past decades, had colder countries benefited economically? And were hotter countries paying a penalty? How much of the stubborn inequality between countries can be ascribed to climate change?

Who’s fault is climate change? And who pays the price?

Globally, economic inequality—the difference between the poorest countries and the richest countries—has narrowed over past decades (by one measure, it dropped by about 15 percent between 1975 and 2010). But what Diffenbaugh and Burke found was that between 1961 to 2010, that gap would have narrowed by about 25 percent more, had global warming not been a factor.

The penalty was particularly acute for tropical countries, which were already on the hotter end of the spectrum and far more sensitive to increases in heat. But the researchers also found something else in the data: Many of the countries in the temperate Goldilocks zone, which already tended to be richer, had even seemed to gain some slight ineffable economic benefit from the warming. As temperatures in many of those countries crept up, so did their economic output.

The study looks only at the relationship between temperature and economic measures, but does not dig in to identify the underlying reasons they might be connected, cautions Solomon Hsiang, an expert in climate and development at the University of California, Berkeley. Without those direct links, and without thinking about how past warming could have impacts that play out on longer timescales (the authors primarily focused on immediate economic responses to temperature, within a year), it’s premature to say that any countries have benefited from climate change, he says. And in fact, there is growing evidence that climate change hurts all countries, both rich and poor—so the small advantages seen here are likely to dissipate.

But regardless—those same countries reaping the benefits, or at very least, not feeling the negative effects? They were the ones who had contributed the most to causing global warming in the first place.

Of the 19 countries with the highest total CO2 emissions over the period they looked at, from 1961 to 2010, 14 experienced an economic bump from warming.

In contrast, the 18 countries with the lowest CO2 emissions per person (less than 10 tons per person in total over the years between 1961 to 2010, or about as much as the average American blows through in about seven and a half months today), took economic hits of over 25 percent.

“We already knew that the countries most vulnerable to climate change did not contribute much to emissions that caused that same climate change,” says Celine Guivarch, a climate change and policy expert at CIRED, the International Research Center on Environment and Development, in Paris. “We now have the quantification of how much. That has profound implications for justice between countries going forward.”

Climate-vulnerable countries have stressed this point during international climate negotiations. During discussions preceding the Paris Climate Agreement, in 2015, Indian delegates pressed for “climate reparations” from the wealthy countries who were responsible for the bulk of the planet-warming CO2 emissions in the past. And a coalition of island nations, led by the Marshall Islands, fought hard to get the richer, less-threatened nations to aim to keep warming below 1.5 degrees Celsius (2.7 degrees Fahrenheit) by 2100, rather than the 2 degrees Celsius goal that had dominated the early part of the negotiations.

Climate change is likely to cost everyone, everywhere, especially as its effects ramp up, Diffenbaugh is careful to point out. And he stresses that their analysis doesn’t explicitly address the costs of disasters, adaptation and mitigation, and many other factors that could wipe out economic gains in the future.

But the pattern revealed by the research, says J. Timmons Roberts, an environmental policy expert at Brown University, underscores how difficult it will be to develop to an equitable response to the ongoing climate crisis.

“It's almost the worst possible setup for trying to solve the problem,” he says, “to have some group that's already rich and powerful actually getting some boost from this effect, while the poor sufferers are suffering even more.”