India’s water crisis could be helped by better building, planning

The parched bed of a reservoir on the outskirts of Chennai, India.

Once the wettest place on Earth, Cherrapunji, a town in northeastern India, has faced a drought each winter for the past few years. Kerala, a state in the southwest, flooded devastatingly in 2018, but saw its wells run dry soon after.

Chennai, a growing south-Indian metropolis, was inundated by rains in 2015—but this summer, waiting for the monsoon, its 11 million residents have watched three of its four reservoirs run dry. Meanwhile, across India, the groundwater that provides an invaluable buffer between monsoons is severely depleted and in danger of being irreversibly lost.

Welcome to the new India: hot and desiccated and wet and flooded, all at once, with the fates of 1.3 billion people and rich biodiversity hotspots riding upon increasingly unpredictable rains.

The southwest monsoon, which usually drenches India from June to September, has come ten days late this year, bringing 30 percent less rain than normal for the month of June. In the north, Delhi has thus far seen almost no rain, while in southern India reservoir levels in southern India are running dangerously low. Headlines in newspapers scream “zero-day” and “running dry” and “historic drought.”

Chennai, a megacity now dependent on tanker trucks, leads the grim news. But Bangalore, India’s answer to Silicon Valley, is not far behind. There are murmurs that this burgeoning, bulging city will have used all its groundwater by 2020.

The dire predicaments of these two urban areas is a cautionary tale—a symptom of the larger malaise that plagues water management in a country that is soon to be the most populous on Earth.

Buy me a river

Bangalore sits smack in the center of the lower half of the Indian peninsula, about 3,000 feet above sea level. A city of 12 million, one of the fastest growing in the world, it contributes $110 billion to India’s GDP. “Bangalore deserves to be water-secure,” says S. Vishwanath, director of Biome Environmental Solutions, a local design firm.

Yet Bangalore has no perennial water source of its own. It has to pump water nearly 90 miles and up nearly 900 feet from the Cauvery, a sacred river that flows south of the city.

The city draws 1450 million liters per day (MLD), about 385 million gallons, from the Cauvery, with withdrawals slated to go up by 775 MLD (210 million gallons) in a couple of years, when new pipes will be laid. Still, the water does not reach everybody.

“Bangalore’s water woes are not as much a problem of supply, as it is of distribution,” Vishwanath says.

A quarter of Bangalore’s population, living mostly on its periphery, is not connected to the river water supply and is forced to mine groundwater to survive. This area of the city, replete with tech parks, is where most of the growth is.

Rampant groundwater extraction, unmonitored and unregulated, has caused Bangalore’s water table to plunge to depths of nearly 1,000 feet. Muddy and contaminated, the diminished resource threatens the future of the citizens who depend upon it.

Since in some places the groundwater is now below the level of the river itself, the river has begun to feed the groundwater. The Cauvery is thus being sucked dry from two sides—by the giant pipes that pump water into the city and by the bore wells that drive deeper each year, lowering the water table to levels below that of the river and forcing the river to feed it.

Here’s what’s most unsettling: Bangalore’s current water distribution problems could evolve into a fundamental crisis of supply, because flows in the life-giving Cauvery are no longer secure.

Climate models predict a 5 percent increase in the river’s flow due to rising temperatures, which should bring more evaporation and heavier rains. However, that is not what recent trends in the basin show. Instead, dry season flows from the upstream regions of the river have been declining.

“These models don’t seem to be able to explain the recent past,” says hydrologist Veena Srinivasan, Fellow at the Ashoka Trust for Research in Ecology and the Environment (ATREE), Bangalore. The problem, she says, is that the models are not yet powerful and sophisticated enough to incorporate the effects on climate and weather of local changes in the landscape.

There have been plenty of changes. In the catchment regions of the Cauvery, widespread clear-cutting of forests to make way for transmission lines, coffee and palm-oil plantations, and other cash crops has affected the soil’s ability to retain and release water.

According to a study done by Coffee Agroforestry Network (CAFNET), this region has seen a decrease of 14 rainy days a year over the past three to four decades. Moreover, agricultural land-use has also changed near the river, with traditional paddy-fields giving way to coffee plantations. Paddy, with its requirement for standing water, meant that the fields traditionally acted as a spongesa sponge. Coffee and palm-oil plantations, in contrast, require heavy irrigation and see significant run-off.

“We don’t seem to be connecting the dots,” says Harini Nagendra, professor of sustainability at Azim Premji University in Bangalore. “Instead of trying to get more water into the Cauvery, we are investing time in fighting over its dwindling resources.”

If the Cauvery is dwindling, and groundwater is near exhausted, what options does Bangalore have?

The southwest monsoon has been arriving later over mainland India.

The delayed start this year has experts worried about the country’s water security. Rainfall this season has been 30 percent below normal. With India’s growing population straining its water supplies, there is increased importance put upon summer rains.

The 2009 season ended in the third 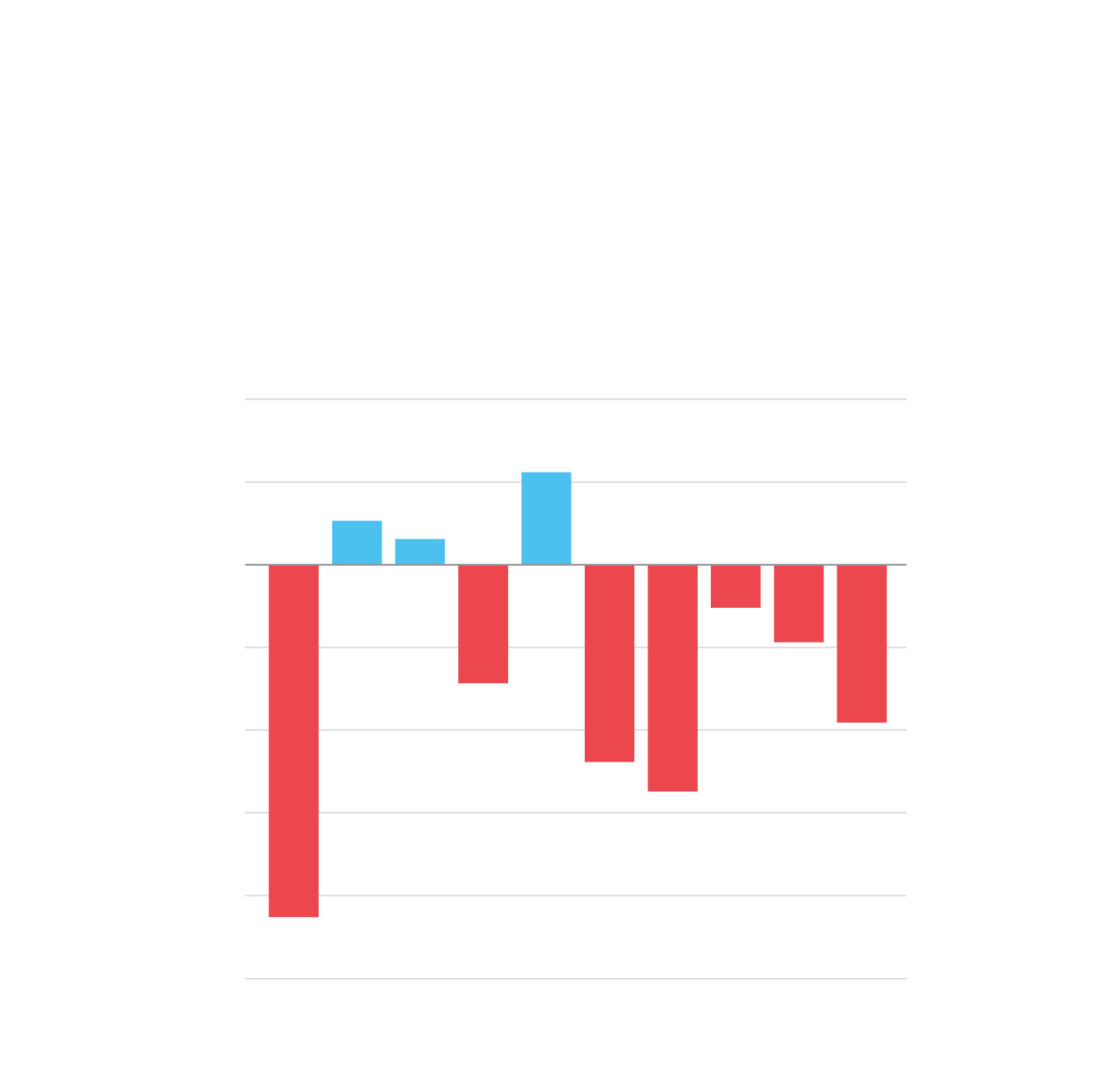 The southwest monsoon has been arriving later over mainland India. The delayed

start this year has experts worried about the country’s water security. Rainfall this

season has been 30 percent below normal. With India’s growing population straining

its water supplies, there is increased importance put upon summer rains.

Bangalore gets between 800 and 900 millimeters (32-36 inches) of rain in a year, which is hardly a meager amount. If the city were to catch half of that, it would translate to more than 100 liters (27 gallons) per capita per day, far more than adequate for domestic and drinking purposes. Rainwater harvesting has been slow to catch on in the city, in spite of laws requiring it, but it’s now steadily picking up.

The next step would be to funnel some of the harvested rain via “recharge wells” back into groundwater, to begin to restore it. Two Bangalore NGOs, Biome Environmental Trust and Friends of Lakes, have launched a citizens’ initiative to dig a million recharge wells in the city—that’s about one every 90 feet. The idea is that these wells will pump back 60 percent of the rainwater into the shallow aquifer that has been depleted by overuse—and by the fact that only around 10 percent of rainwater currently can seep through cracks and gaps in the city’s pavement.

A local community of well-diggers called the mannu-vaddars man the effort. Using hand toolstools, they dig 30-to-40-foot-deep open wells that strike the shallow aquifer. Once it has been recharged the wells themselves become sustainable and cheap water source.

Vishwanath has other plans for recharging groundwater. Bangalore returns about 80 percent of its water to rural areas in the form of wastewater that flows in seasonal streams and rivers. Much of it is untreated—putrid, dark, and thick with sewage and hazardous heavy metals.

“Waste treatment plants are being put in place to treat 1440 MLD,” says Vishwanath. Once that begins to function, ‘fit for purpose’ water, cleaned of heavy metals but still rich in nutrients like phosphorus, will be returned to rural areas for use in agriculture. Vishwanath’s idea is to treat some of the wastewater further, to render it potable, and use that to recharge groundwater.

There is one gaping hole in the hopeful vision evoked by these ideas: India’s woeful lack of the institutions and governance needed to oversee such efforts and manage the water supply soundly, according to rules that are enforced.

In Bangalore, the governmental department that oversees groundwater extraction has just six employees, and thus no earthly way to monitor and enforce the law in this sprawling city. One digger of illegal borewells freely admitted to me that he had paid a bribe to get a permit for a deep well—after he had already dug it.

At the larger river-basin level, there are no institutions in place to manage water resources at all.

“We are all fixated on technological solutions to the water crisis,” Vishwanath laments. “What we really need are robust institutions and governance at the river basin level so that we can understand what is happening to land-use change, sand-mining, forest cover, and groundwater extraction—all of which affects river flows.”

Without strong government involvement, known solutions to India’s water crisis won’t be implemented at a large enough scale to affect the bigger picture. Chennai is a case in point.

With a GDP of $78 billion, home to 40 percent of India’s automobile industry, Chennai has boxed itself into a corner as far as water resources go. Located on the east coast, it gets two-thirds of its rains from the northeast monsoon that arrives in November and December and only a third from the southwest monsoon—the one that this year has been less than enthusiastic.

The city depends on four small municipal reservoirs; it doesn’t have access to larger reservoirs, shared with agriculture, that it can borrow water from in a drought. Moreover, these four reservoirs service only 35 percent of the city’s water needs. Seven of 11 million people in Chennai depend upon fossil groundwater, w accessed either by privately dug borewells or by tank trucks that bring water in from distant borewells. The tankers are controlled by powerful water-mafias.

“The state [controlling only 35 percent of the water supply] becomes the minority, and its influence gets subverted as private [tanker] interests have captured value addition in water. They run it like a business,” says Vishwanath. The water mafias are well-connected to politicians, bureaucrats, and the police, making them difficult to dislodge. With taps running dry, voices are getting shrill and the government, as a band-aid measure, has set aside ten million dollars for a 50-wagon train to ferry 10 million liters (about 3 million gallons) of water every day from the Cauvery to Chennai.

Chennai, like many cities in India, has built over its wetlands. The pavement prevents groundwater from being recharged during rainy months—and instead causes low-lying areas to flood.

“The increasingly short attention span of policy makers, decision makers, the media, and even of citizens is frightening,” Nagendra says. “We focus on drought issues in the summer, and forget them once the monsoon strikes. We then focus on the challenges of too much water via flooding, and again forget this when the summer hits. Ironically the causes are much the same for both drought and floods—loss of wetlands, cutting of trees, building over lakes, rivers and interconnecting channels. But no one seems to make the link.”

The problem is nationwide; Chennai and Bangalore are just the leading edge. “The real crisis will come in the smaller cities and towns that are now fast urbanizing,” Nagendra says. “And the real hope of doing something may also lie there, as many of these areas have not yet faced ecosystem degradation and collapse at the scale that megacities have.”

Srinivasan is optimistic even for the degraded megacities.

“In a city with urban sprawl, the water problem is eminently solvable,” she says. “You build out your infrastructure for rainwater harvesting, you recharge the aquifers with treated wastewater, and make sure paving has enough give for rainwater to seep through.”

If India can just build the institutions to do all that, there will indeed be hope.