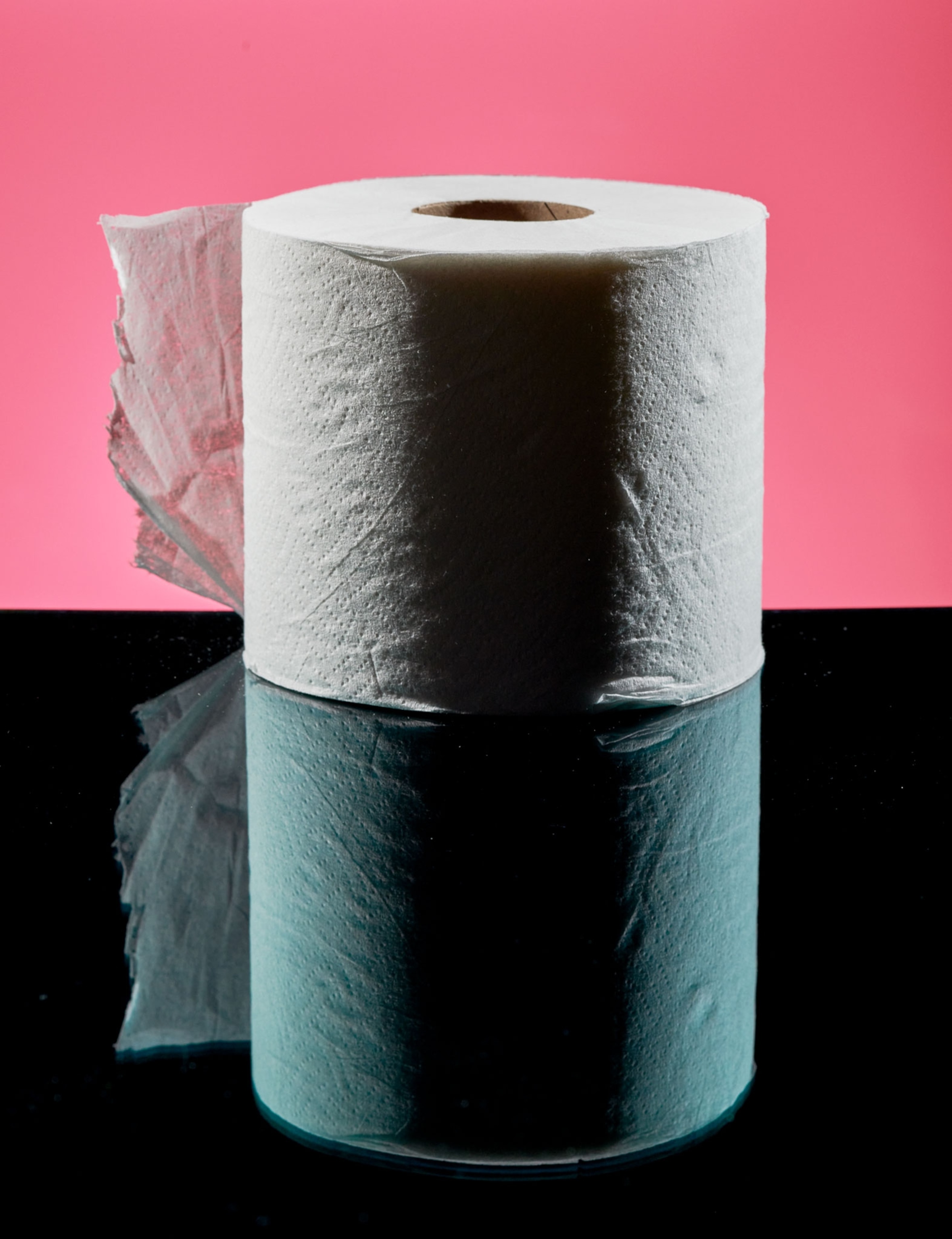 What did people do before toilet paper?

History shows it’s been around for a surprisingly long time—and that we’ve projected our anxieties on its supply before.

The mass production of toilet paper began in the U.S. in 1857, but humans around the world have employed a variety of other methods for bathroom visits over the ages.

In a time of panicked pandemic buying, it can be tempting to think back to a time of abundant toilet paper supplies—or to wonder how people used to wipe in the age before 24-packs of extra-soft three-ply sheets. Hundreds of millions of people around the world today, particularly in the Middle East and Asia, don’t even bother with the stuff, preferring instead to finish their bathroom visit with a clean rinse of water. But archaeologists and anthropologists have done plenty of interesting dirty work as they document how people wiped themselves in other cultures back in the day.

If you relieved yourself in a public latrine in ancient Rome, you may have used a tersorium to wipe. These ancient devices consisted of a stick with a vinegar- or salt water-soaked sponge attached. They are mentioned throughout Roman literature, including a gruesomely unforgettable passage in a letter by the philosopher Seneca to Roman official Lucilius that relates the suicide of a German gladiator who shoved a stick tipped with a sponge “devoted to the vilest uses” down his throat rather than head into the arena to die by wild animal.

Read why nearly a billion people still defecate outdoors, and the problem isn’t just a lack of toilets.

Used communally, the humble tersorium is thought to have influenced the era’s public bathroom design. Small troughs at the feet of the public lavatories of Ephesus were thought to be sources of continually flowing water—all the better to dip your tersorium in. However, archaeologists have yet to discover a preserved example. “The question is, do you use it to clean yourself or to clean the latrine?” asks archaeologist Jennifer Bates, a postdoctoral fellow at the University of Pennsylvania’s Penn Museum.

Archaeologists have yet to settle the sponge-on-stick debate. But they have uncovered samples of pessoi, a humbler, ancient Greek and Roman toilet paper equivalent. Consisting of small oval or circular pebbles or pieces of broken ceramic, pessoi have been uncovered in the ruins of ancient Roman and Greek latrines. They’re even immortalized on a 2,700-year-old drinking cup that shows a man squatting and making use of his stone. Pessoi even rate a mention in the Talmud.

This is backed up by another creative pre-toilet-paper wiping solution excavated in 1992 at the site of a former stop on the ancient Silk Road in northwest China. There, archaeologists discovered seven so-called “hygiene sticks”—bamboo or wood sticks wrapped with cloth and designed to be used for wiping—in a latrine area. The cloth on the 2,000-year-old sticks was covered with what looked to be human excrement, and microscopic analysis of the feces confirmed that they contained a variety of parasites found in human intestines.

“They were found in a very specific context of a latrine, and the parasite on them can only come from a human,” says Bates. “These have definitely been used in a latrine context.”

This find is backed up by historical texts that indicate sticks and spatulas were used in ancient China and Japan (one Zen koan even equates the Buddha to a “cleaning stick”).

China was ahead of the curve on toilet paper, too. The earliest reference to toilet paper was found in materials written by Yen Chih-Thui, a sixth-century A.D. scholar who obviously had access to discarded manuscripts for personal purposes, yet said that he didn’t dare to wipe himself “on the names of sages.” But the practice seems to have been in effect earlier than that. Researchers suggest that hemp paper like that found in the tomb of second-century A.D. emperor Wu Di—too crude and rough for writing—was used in the bathroom instead.

By 1393, rice-based toilet paper was mass-produced for the Chinese imperial family. In contrast, it took until 1857 for the Western world to get its first mass-produced toilet paper. That’s the year inventor Joseph Gayetty introduced J.C. Gayetty’s Medicated Paper for the Water Closet in an attempt to ease American behinds from the ravages of newspaper, corn cobs and other improvised toilet items, including the Sears mail-order catalog.

There’s historical precedent for runs on toilet paper, too. In 1973, Japanese women began buying huge amounts of toilet paper, lining up in front of stores to stockpile rolls. It was a response to growing fear among middle-class Japanese people that their postwar aspirations for peace, stability, and economic mobility would be wiped out by inflation, environmental degradation, and the oil crisis, explains Eiko Maruko Siniawer, a historian at Williams College.

“For the first time since the late 1950s, it didn’t seem certain that the future would be better than the past,” says Siniawer.

The toilet paper hoarding in Japan stoked some fears in the United States as well, prompting a Wisconsin congressman to issue a statement on a potential shortage. When comedian Johnny Carson joked about the situation on “The Tonight Show” in 1973, he inadvertently sparked a short-lived toilet paper panic.

“To me, as a historian, it’s important not to laugh off people’s decisions and actions, but to think about why they did what they did,” says Siniawer. She sees the 1973 toilet paper run as a window into the lives of Japanese women at the time. Similarly, says Bates, studying the bathroom habits of yore can shed light on everything from intercultural differences to issues of gender, money, and health.

“From an anthropological perspective, we can look at the larger ways [toilet habits] affected the development of the human past into the human present and then into the human future,” says Bates.

All too often, she adds, people dismiss the mundane practice of using the toilet. But that very common act offers important insight into who we were, who we are, and where we’re headed next.