How warming weather will reshape the Antarctic Peninsula

Rapidly-increasing temperatures are projected to expose large swaths of western Antarctic land by 2100.

This story appears in the November 2018 issue of National Geographic magazine.

The western side of the Antarctic Peninsula has been experiencing some of the fastest warming winters on the planet since observations began in the 1950s. As glaciers retreat, they expose bare, rocky land, altering the ecosystem to provide more habitat for some native species—but also for invasive ones.

serve as indicators of ecological health.

Land projected to be exposed by 2100 with

Scale varies in this perspective. Distance from

The loss of floating ice

flows out over the sea, 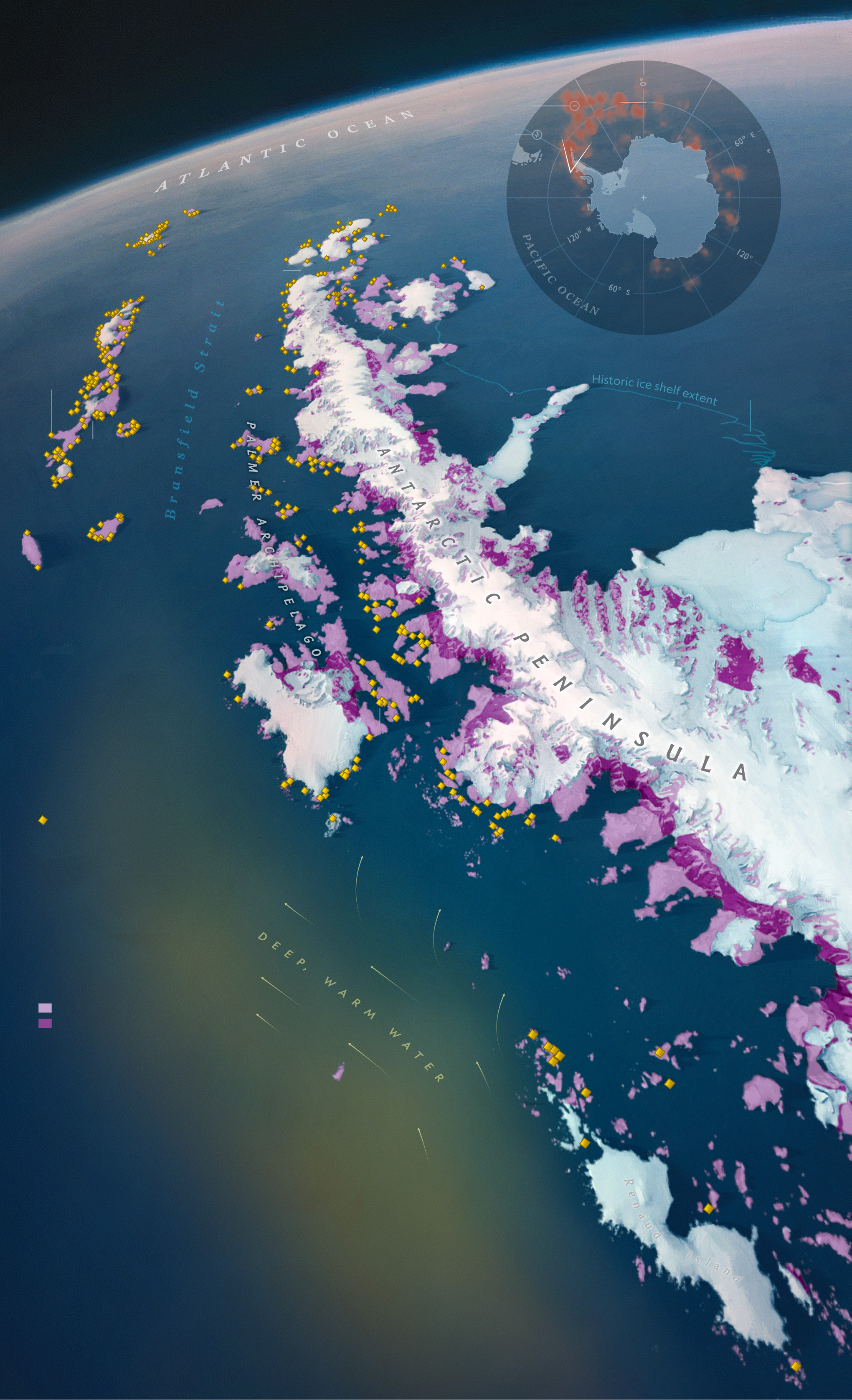 The loss of floating ice

flows out over the sea,

which serve as indicators

Land projected to be

to Anvers Island is 200 miles.