How to Build a Category 5 Hurricane

It takes special conditions to breed and feed these rare monster storms.

How to Build a Category 5 Hurricane

It takes special conditions to breed and feed these rare monster storms.

Hurricane Irma has become one of the rare storms to reach Category 5 status, transforming it into a seagoing monster with the power to shred cities.

Category 5 storms are rare, and surprisingly fragile, with particular conditions required to build and maintain them. Most weaken before reaching land, but when they do hit, they’re historic events. 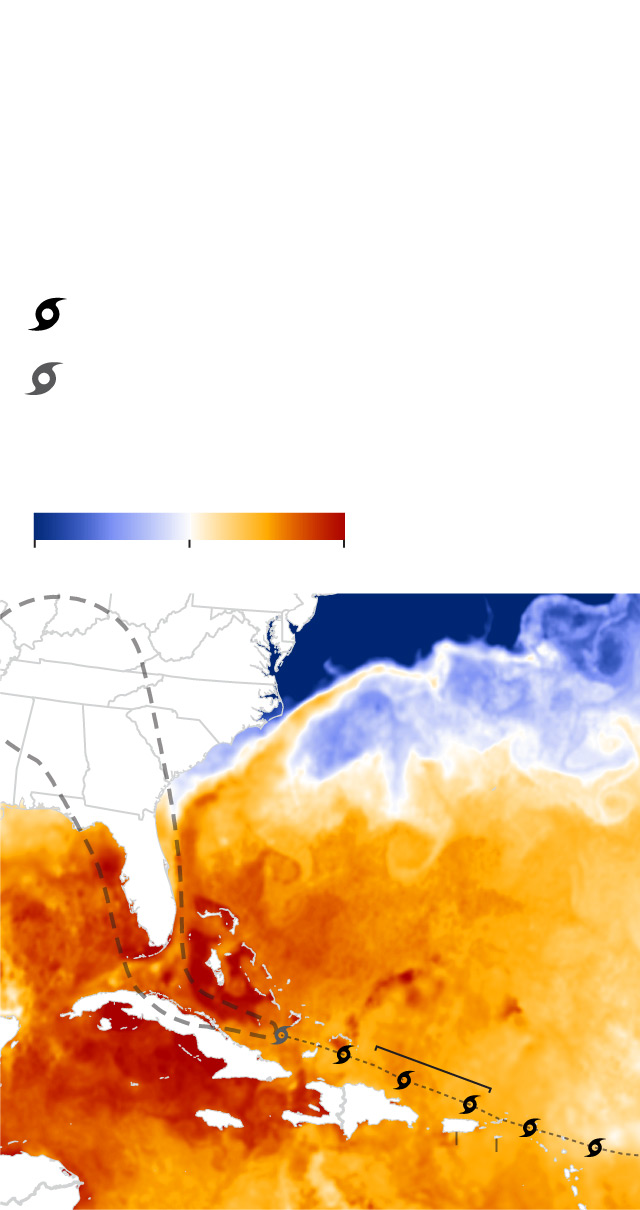 Warm oceans can intensify hurricanes, which

peratures are above 82 degrees Fahrenheit. As

Irma will move through this area 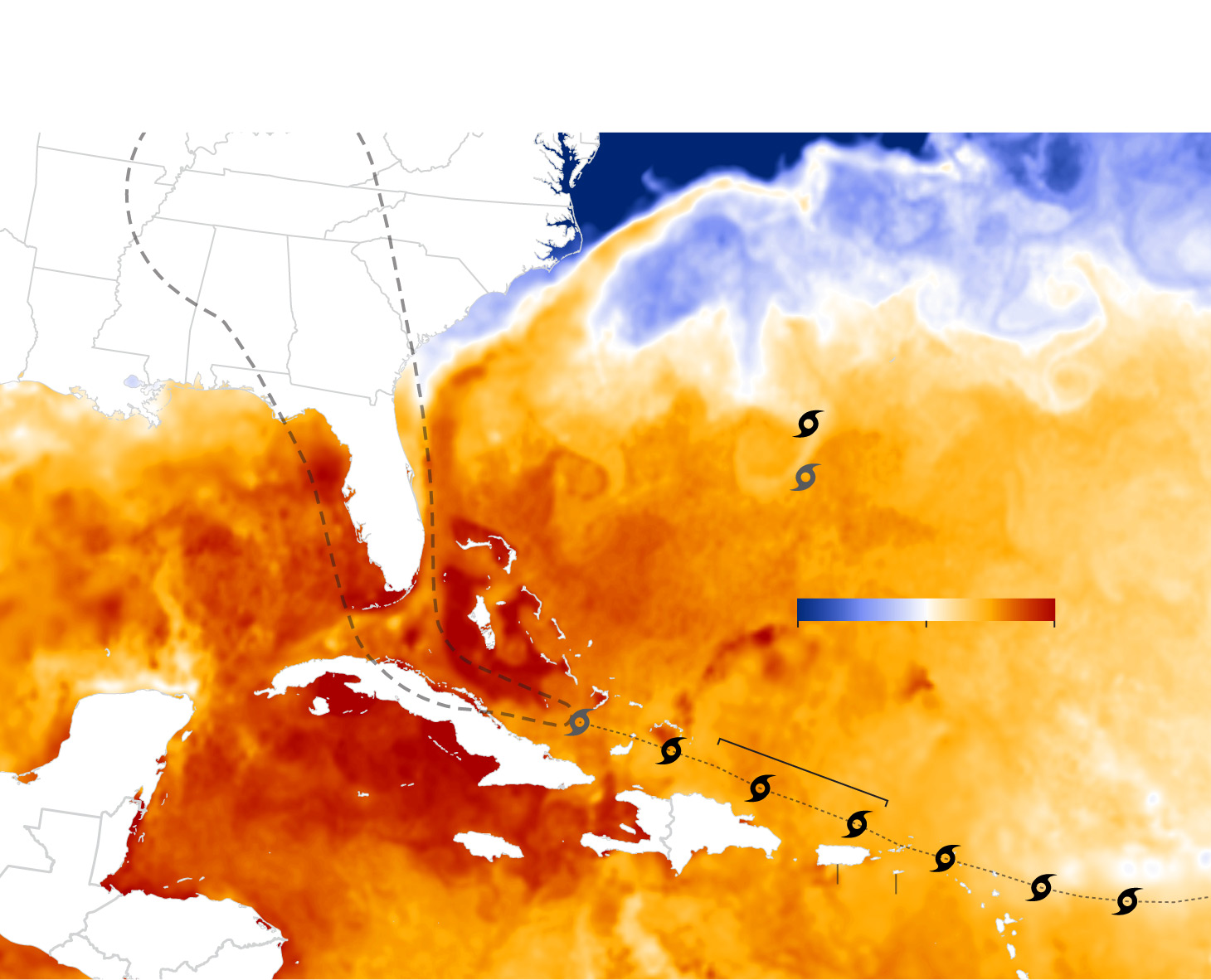 temperatures are above 82 degrees Fahrenheit. As Hurricane Irma approaches the

is about a 66 percent

will move through this

To reach the top of the five-point Saffir-Simpson Scale, a hurricane’s peak winds must exceed 155 miles per hour. Irma’s have reached 175 miles per hour, enough to do catastrophic damage.

Even a small bump up or down the strength categories can make a big difference in destruction seen at landfall. And the difference between the top and bottom of the scale is much larger than the category numbers might imply. A Category 5 hurricane is likely to do 500 times more damage than a Category 1 hurricane, for instance, which has winds of 95 mph.

“Every mile per hour that the wind speed increases is significant,” said meteorologist Phil Klotzbach of Colorado State University.

But for all its savage power, a Category 5 hurricane is highly dependent on the environment around it to maintain its power.

Hurricanes draw their energy from seawater that has been heated to at least 80 degrees Fahrenheit. To form a Category 5 monster, a storm must not only be fed by warm waters but also can’t encounter too much upper-level wind, known as wind shear, that can break up the development of a hurricane’s counter-clockwise rotation.

Unfortunately for the people in the path of Irma, conditions at present are very favorable for the storm’s continued development. The website Weather Underground reports that the ocean water ahead of the hurricane is a very warm 84 to 86 degrees Fahrenheit. And wind shear is expected to be low for the next several days.

Still, Irma’s intensity could fluctuate thanks to the complex mechanics of powerful hurricanes. Intense storms often undergo a phenomenon known as an eyewall replacement cycle. The eyewall, which contains a hurricane’s most powerful winds, surrounds the calm center of the storm. As a powerful storm travels across open water, a second eyewall can encircle the existing eyewall, causing the first eyewall to disintegrate and weakening the hurricane’s highest winds.

On the other hand, a hurricane can re-intensify after this eyewall cycle is completed if waters are still warm and wind shear is low.

A powerful storm also can lose strength if it passes over a large island. If Hurricane Irma crosses Hispaniola or Cuba, it could be greatly weakened.

Only three hurricanes have made landfall as a Category 5 in recorded U.S. history. A total of 32 reached Category 5 status at least temporarily in the Atlantic Basin since 1924.

When the 1935 Category 5 hurricane hit the Florida Keys, low-lying coral islands off the tip of Florida, very few people lived there. Today, Hurricane Irma poses a grave threat to the Keys. There is only one road in and out for the island’s 75,000 residents, plus tens of thousands of tourists. A complete evacuation takes three days, meaning that emergency management directors must order an evacuation three days before a hurricane is expected to make landfall there.

Listen to IPPY Award-winning author Willie Drye talk about his latest book, For Sale—American Paradise: How Our Nation Was Sold an Impossible Dream in Florida, on NPR affiliates WUNC, Chapel Hill and WLRN, Miami. Visit his blog, Drye Goods, now in its 10th year. Follow him on Facebook.