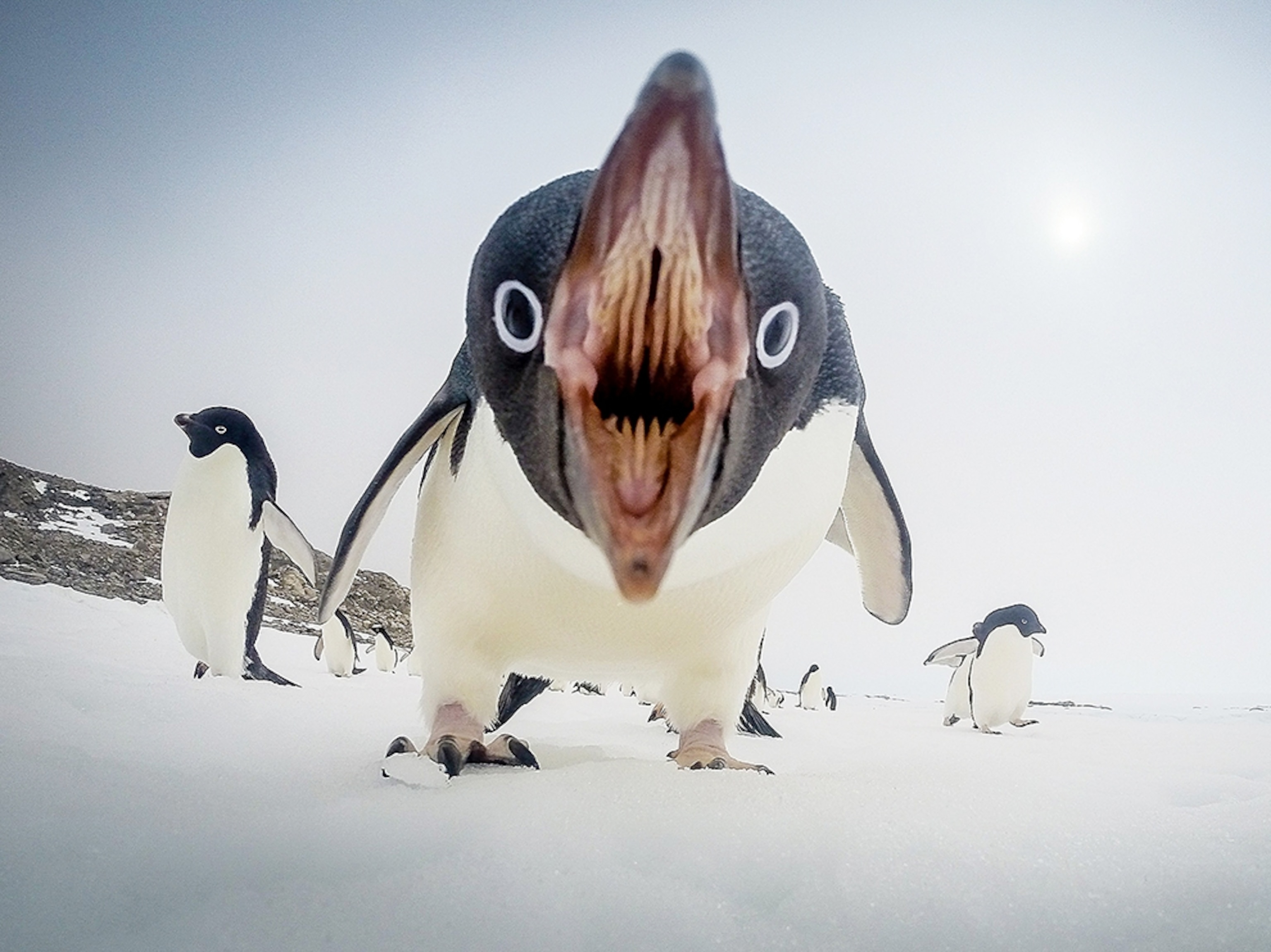 Your Shot member Clinton Berry captured this photo with a GoPro on Antarctica's sea ice, about six miles from Casey Station. "I studied the movements of the penguins for weeks," Berry writes. "They walked in the same area almost every day. We would get maybe a dozen or less going by. The day this was taken there were over 60 penguins. It was a bit of luck involved too."

Berry’s image was recently featured in Your Shot’s Daily Dozen.