other hominins such as Neanderthals

that there were three genetically

mountain range may have blocked the mixing of northern groups with those in the south. 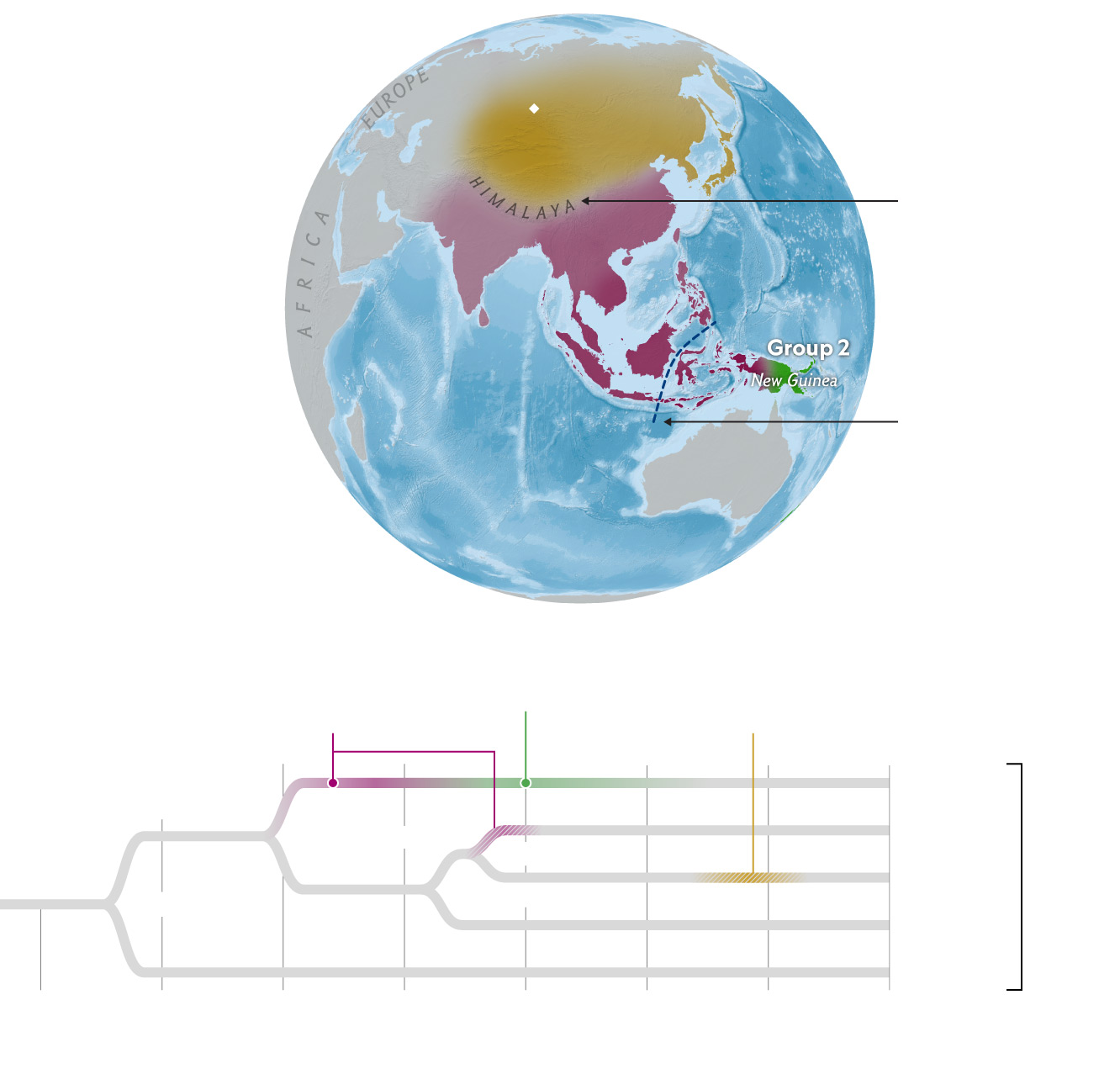 This massive mountain range may have blocked the mixing of northern groups with those in the south.

“It’s very important to us,” says study author Herawati Sudoyo, senior research fellow at Indonesia's Eijkman Institute, which partnered with an international team for this latest work. While Indonesia is a hugely diverse country that hosts many genetically distinct people, she notes that “there was no genetic study being done because…the technology was not [yet] here in Indonesia.”