Oddly dimming star isn’t about to explode after all

Rumors of Betelgeuse’s impending death have been greatly exaggerated. The red supergiant star appears to be in no danger of imminently exploding, even though a recent, dramatic dip in brightness hinted that it could be on its last legs. The latest observations reveal instead that the star is starting to regain its former light.

“Betelgeuse has definitely stopped dimming and has started to slowly brighten,” a team reported on February 22 in the Astronomer’s Telegram. “Observations of all kinds continue to be needed to understand the nature of this unprecedented dimming episode and what this surprising star will do next.” 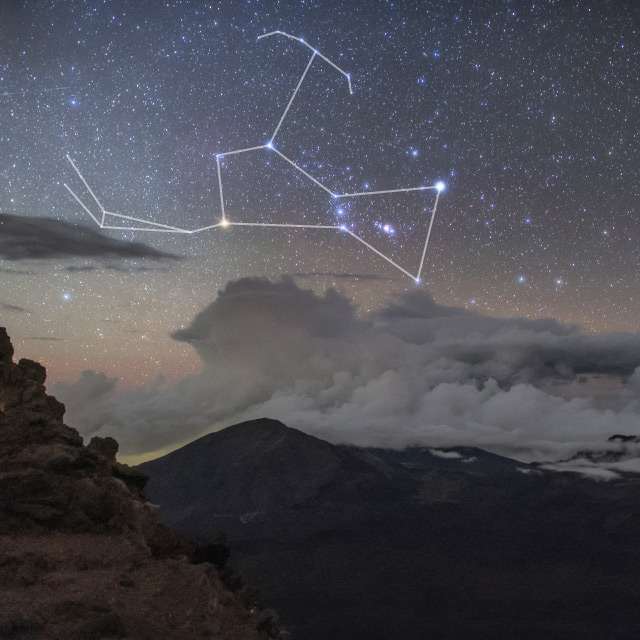 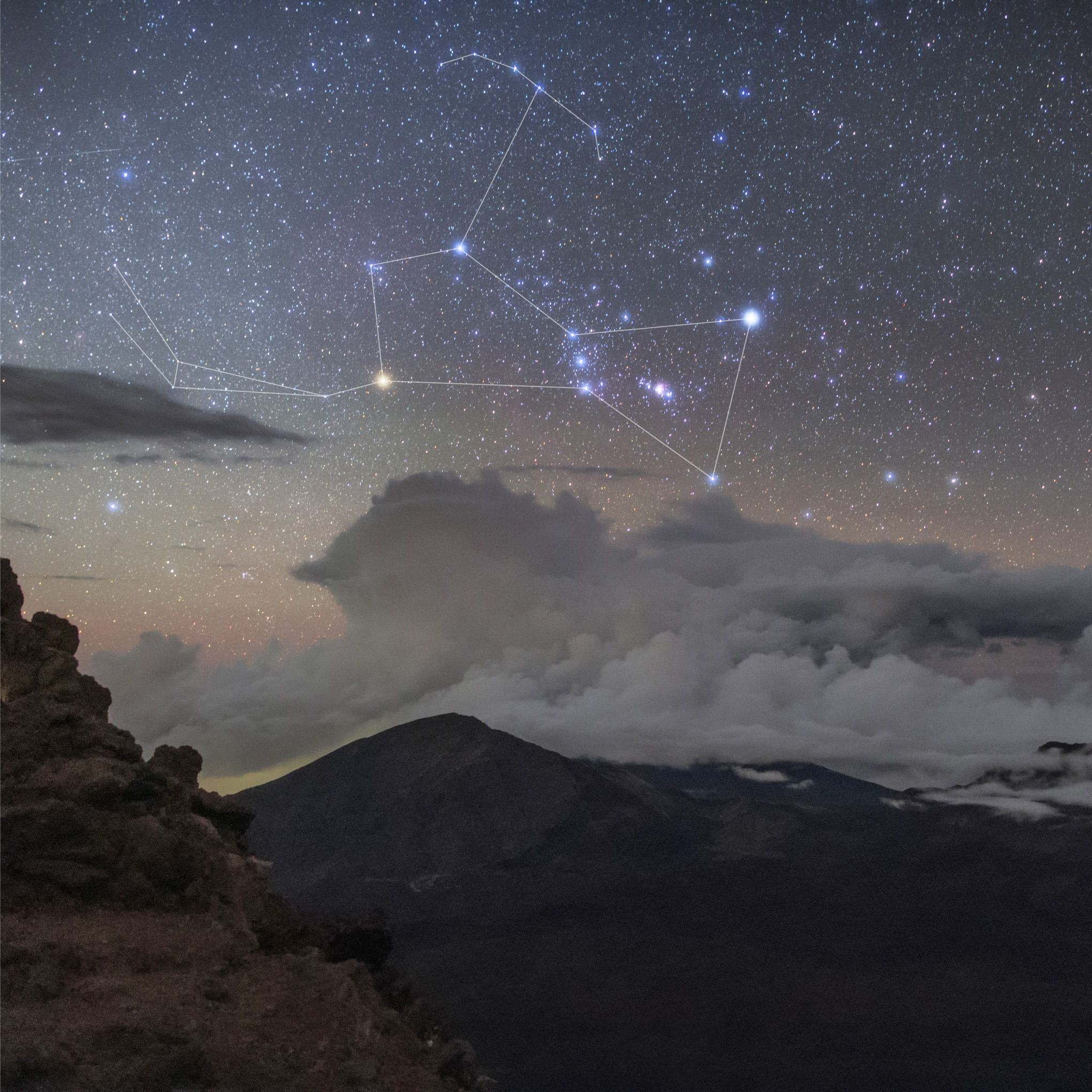 Orion rises above Haleakala Crater in Hawaii with bright stars Betelgeuse and Rigel.

With Betelgeuse’s light on the rise, astronomers are now hoping to figure out what caused such a precipitous drop in brightness at the end of 2019—while simultaneously dealing with the disappointment of not witnessing a nearby supernova.

“I would love to say it’s going to go supernova,” says Andrea Dupree of the Harvard-Smithsonian Center for Astrophysics. “We don’t have much information at all about what happens right before, the night before, the week before, or a month before a supernova.”

Normally a bright, conspicuous red point on the constellation Orion’s shoulder, Betelgeuse is one of the most recognizable stars in the night sky. About 700 light-years away, the star is a young red supergiant, bloated and lumpy, that’s so big it would balloon out to Jupiter if it were parked in place of the sun. The giant pulses regularly, and its surface is a mottled mosaic of massive convective cells that move, swell, and shrink—similar to the bubbling pockets of plasma that cover the sun's face, but much larger.

“They are huge! Really big cells, like the distance from us to Mars,” Dupree says. “The surface is such a surprise.”

As it pulses, and as those convective cells shrink and expand, Betelgeuse’s brightness fluctuates. The star, whose name is derived from Arabic, is classified as a variable star, meaning that it periodically fades and brightens in tandem with several intrinsic cycles.

But last fall, Betelgeuse started dimming more than normal, and instead of perking back up again, it kept getting darker and darker. By the end of 2019, the star had faded to less than 40 percent of its original glimmer. It was no longer the 10th brightest star in the sky. It wasn’t even in the top 20. Betelgeuse was fainter than it had ever been since astronomers started keeping track.

“It’s fun to watch stellar evolution in real time,” Dupree says. “It’s doing things we’ve never seen before in this star, and it’s not clear we’ve seen them in any other star, either.”

The reason behind Betelgeuse’s dive into darkness remains uncertain. Some astronomers speculate that normal stellar cycles might have coincided to produce a fainter-than-normal star. Others guessed that Betelgeuse might be ejecting a massive amount of dust, obscuring the star itself. And some scientists hoped the star’s dimming might portend its impending doom, as massive stars are thought to puff big clouds of dust into space just before they collapse and explode.

For massive stars like Betelgeuse, such supernovae are inevitable—the question is not if the star will blow up, but when. And when Betelgeuse does blow, the cataclysm will be bright enough to shine in Eartht's daytime skies.

The illumination of Betelgeuse

Many astronomers secretly hoped the star would explode, even though an approaching supernova was the least likely explanation for its behavior.

“I would love to see it blow up. It would be just fantastic,” Ed Guinan, an astronomer at Villanova University who studies variable stars and has tracked Betelgeuse for decades, told National Geographic just before the star started brightening.

But when Guinan plotted the recurring fluctuations in Betelgeuse’s brightness, he began to suspect that the star wasn’t on a one-way trip into the cosmic afterlife. At least two of the star’s periodic cycles were overlapping near their low points, a coincidence that could explain why Betelgeuse dimmed so dramatically, he says.

Guinan took a look at the timing of the stellar cycles, and he realized that if the star’s behavior matched a particularly pronounced, roughly 425-day fluctuation, Betelgeuse should start brightening again around late February—which, after hovering near its minimum recorded brightness for a week or so, it did.

“We had the minimum on February 20, plus or minus some days,” Guinan says. ”I am of course very happy that I was right, who wouldn't be, but I was hoping in my heart that the star would fade, and fade, and go supernova. I would love to see it.”

Even though Guinan’s prediction was right, the mystery of Betelgeuse’s recent dimming isn’t exactly solved. As the star faded, several of astronomy’s sharpest eyes swiveled to take a closer look at it, including the Hubble Space Telescope and the Very Large Telescope (VLT) in Chile. When astronomers recently aimed the VLT at Betelgeuse, they saw a star that looked quite different from one year ago.

In January 2019, before the star’s fainting spell, Betelgeuse looked mostly spherical and consistently bright. But images from December 2019 reveal a more oval-shaped star, with a large, shadowy area covering the southern hemisphere.

“Such a dramatic change, localized on the stellar disk, is extremely rare,” says Miguel Montargès of Catholic University of Leuven in Belgium, who studied Betelgeuse using the VLT.

Astronomers are not sure whether dust is blotting out some of the star’s light in those images, or if the star itself has shape-shifted and darkened. When studied in thermal infrared wavelengths—where Betelgeuse shines most brightly—the star doesn’t appear to be dramatically cooling, as one might expect if a large, dim convective cell were blooming on its surface.

“Dust formation is an explanation that seems reasonable, considering that the change in brightness is limited to short wavelengths,” which don’t penetrate dust as well, says Pierre Kervella of the Paris Observatory, who observed the star in the infrared using the VLT.

But “why would dust care about the star’s 425-day pulsations?” Guinan asks.

The mystery is far from solved, but Guinan and his colleagues are grateful that Betelgeuse is brightening again while they can still see it. Soon, the red giant will slide across the sky close to the sun, hiding in the daytime light until fall.