Goodbye to open office spaces? How experts are rethinking the workplace.

The coronavirus pandemic is exacerbating workers’ worries about returning to jobs in these often debated floor plans.

Distracting, intrusive, and now a potential health hazard. The list of grievances against crowded open office floor plans is mounting, and as state officials mull how to safely reopen offices shuttered by the coronavirus, some people are wondering whether the design is on its way out the door.

“Before [the coronavirus outbreak], I requested to move to a corner desk to kind of get away from the coworkers who were more social and talkative,” says Ayla Larick, an employee at a Texas insurance broker. Larick is set to return to her office on May 1, as Texas reopens non-essential businesses, though her asthma puts her at heightened risk for COVID-19 complications, and she’s requested an extension to work remotely.

“I am a little nervous about returning, only because I’m less than six feet away from three other people the entire time I’m working on my computer,” she says.

Most companies are only just beginning to think about how they might change their corporate workspaces, with some experts saying the open floor plan could be redone with better consideration for personal space and stricter cleaning schedules. Others, however, say the pandemic is the final straw for the open office.

“The broad stroke is that the open office is over, [but] there’s a bunch of different things that that means,” says Amol Sarva, CEO of office interior design firm Knotel, whose clients include Uber and Netflix.

In the long run, Sarva says, getting back to work is not just about floor plans, but about a dramatic shift in office life as we know it. 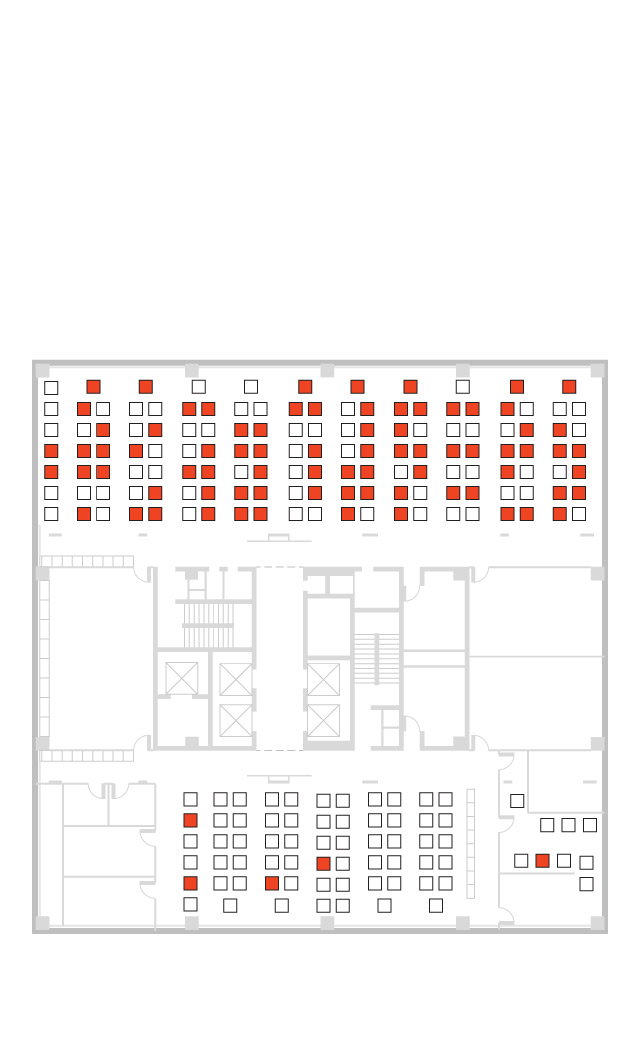 SOURCE: Park and others, 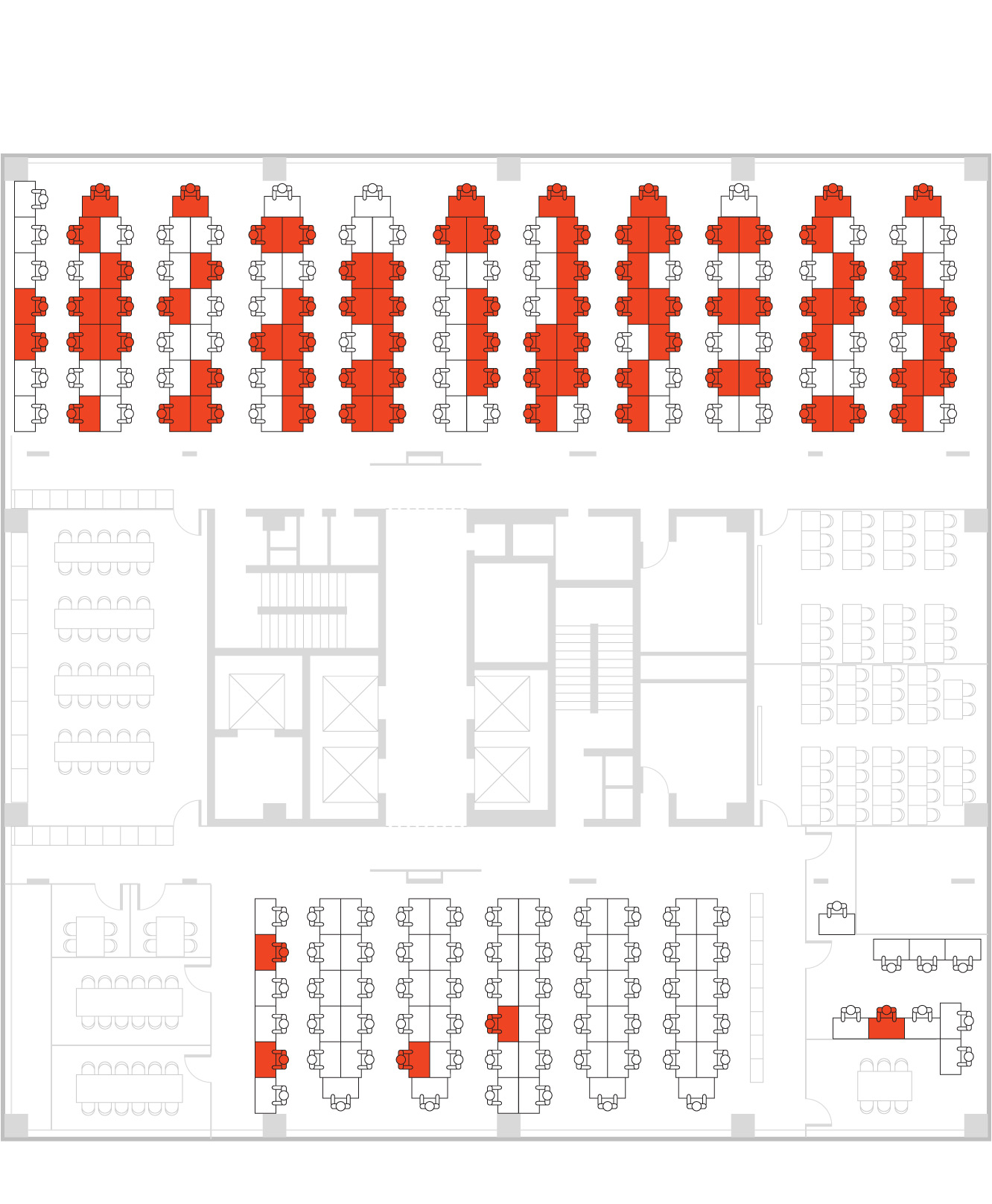 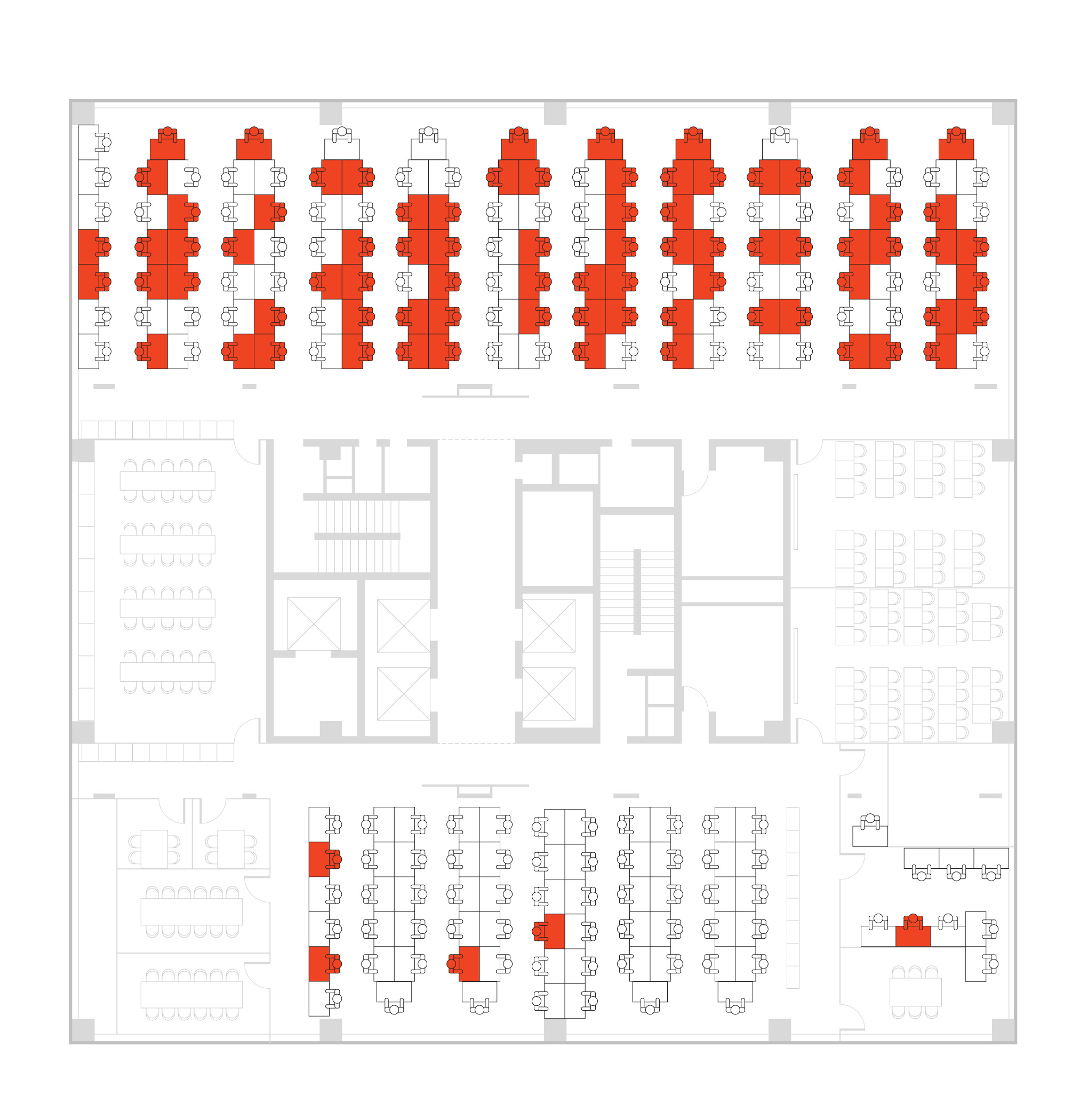 As both a design trend and a cost-saving measure, open office arrangements have become increasingly common. The modern concept was made popular by early 20th-century architect Frank Lloyd Wright, who believed the design would democratize the workplace by tearing down walls both literally and socially. Eighty years later, designers and architects tout similar benefits, saying the open environment allows employees to collaborate more easily.

Today, there’s no standard definition of what constitutes an open office, but generally the space is considered distinct from cubicles and characterized by having a short barrier or no barrier at all between employees. As office jobs increased after the 2008 recession, open office plans grew even more popular as a way to save on operational costs. Unlike Wright’s original concept, which emphasized natural light and space between desks, today’s open offices are often used to cram more employees into smaller spaces. The effect has been a more distracted workforce.

One 2018 study published by the Royal Society measured changes in employee habits when offices transitioned to open layouts. In each case, they found face-to-face communication declined by 70 percent, while electronic communication increased. Worried about distracting others or being overheard, the study says employees began to “socially withdraw.” Another study also published in 2018 shows fear of infection makes crowded spaces more psychologically stressful.

“Personally, I liked being in a coworking space because I was new to the city, and it was great for being social and meeting people,” says Madison Dapcevich, a reporter for IFL Science whose office is based in a San Francisco WeWork. But Dapcevich’s company has been working remotely since January, and she now worries about returning to the office where shared spaces present a risk of infection.

An investigation recently published by South Korea’s Centers for Disease Control shows how easily the coronavirus can spread in a crowded office space. On one floor of a call center where 216 employees worked, 94 people tested positive for the virus. Investigators believe the outbreak happened over the course of 16 days beginning on February 21, and over 90 percent of the cases were concentrated in a densely clustered portion of the office.

“You could space people out, and if you’re doing that in combination with a reasonable amount of ventilation and sanitation, you should be able to have a reasonably safe space,” says Donald Milton, an expert in airborne disease transmission at the University of Maryland.

He says a cubicle would prevent something like a cough from traveling across a table, but he worries the contained desk space could retain infectious droplets that anyone who walks in could be exposed to. Research from MIT published earlier this month shows a sneeze can blast potentially infectious droplets as far as 27 feet, well beyond current social distancing guidelines.

Barriers can help prevent disease transmission from physical contact or from large respiratory droplets released when someone sneezes or coughs, but surfaces such as coffee pots and door handles also play a role in spreading disease. One recent study in the New England Journal of Medicine found that the coronavirus could live on some nonporous surfaces like plastic for up to three days.

In addition to desk arrangements, designers and public health researchers will have to consider all the spaces people move through in an office—both open and sectioned off. “What do you do in an elevator? Corridors? Hallways?” asks Joe Connell, a commercial and corporate designer at architectural firm Perkin + Will.

To reduce this kind of contact, employers are considering solutions such as staggered arrival times, directing office foot traffic, staging areas for elevators, and temperature checks at work. WeWork is reducing the amount of seating in lounges and conference rooms and creating one-way hallways, and it plans to issue new distancing guidelines to its 600,000 clients. And Sarva says that Uber is planning to get its staff back to their offices in San Francisco, but with only 20 percent of staff allowed in the building on a given day.

Many experts hope the pandemic will spur employers to take steps to make offices healthier overall. After all, before the coronavirus outbreak forced us to stay isolated in our homes, most Americans were spending 90 percent of their time inside. “We’re an indoor species,” says Joe Allen, the director of Harvard’s Healthy Buildings Program.

Many offices will not be able to afford renovations when the pandemic subsides, and so some employers will consider having workers forgo the office altogether. One study conducted by researchers at the University of Chicago showed as much as 37 percent of U.S. jobs could potentially be done remotely.

Still, having a central place to gather and collaborate in person will likely remain essential to most businesses, and where open offices persist, the spaces with employees packed in like sardines will be scrutinized—which may lead to design changes that give employees more space and flexibility.

“People’s expectation about their buildings will change,” Allen says. “The next time we go back to our offices, we’ll think about it differently.”