While the pandemic has helped normalize conversations about mental health, the root crisis remains: There are not enough trained professionals to treat everyone in need.

Preston Kadleck was exhausted, but he couldn’t go home. It was mid-November, and the 34-year-old therapist had just come off a day shift at Northeastern Counseling Center in Roosevelt, Utah, and was about to pivot to his role on a mobile crisis team.

The small town boasts about 7,000 residents, but Kadleck and the other seven therapists at the center are the only emergency mental health responders for miles around. It isn’t unusual for the crisis unit to drive more than 40 miles to ferry someone between their home and the hospital in town. On any given weeknight, they travel back and forth across the pitch-black basin situated below the snow-capped Uinta Mountains providing much-needed aid. If Kadleck hadn’t been there on that November night, a newly admitted patient in crisis would have gone through the ordeal without a specialist.

Kadleck’s story is familiar among mental health therapists who work outside major cities, where the need for such care is on the rise, even as the few available providers ready to take on that work are as strained as ever. Across much of rural America, demand has long outpaced the availability of these services, leading to what is known as mental health care deserts. In some areas, the closest provider might be hours away, a problem for people living in poverty when every gallon of gas counts.

Although the pandemic boosted virtual telemedicine and efforts to normalize the conversation around seeking help for mental health concerns, this progress has not addressed the root crisis: There aren’t enough mental health-care workers to treat everyone in need. Volunteers can be a lifeline, but they’re no replacement for trained mental health professionals. That scarcity isn’t something the nation can solve overnight. 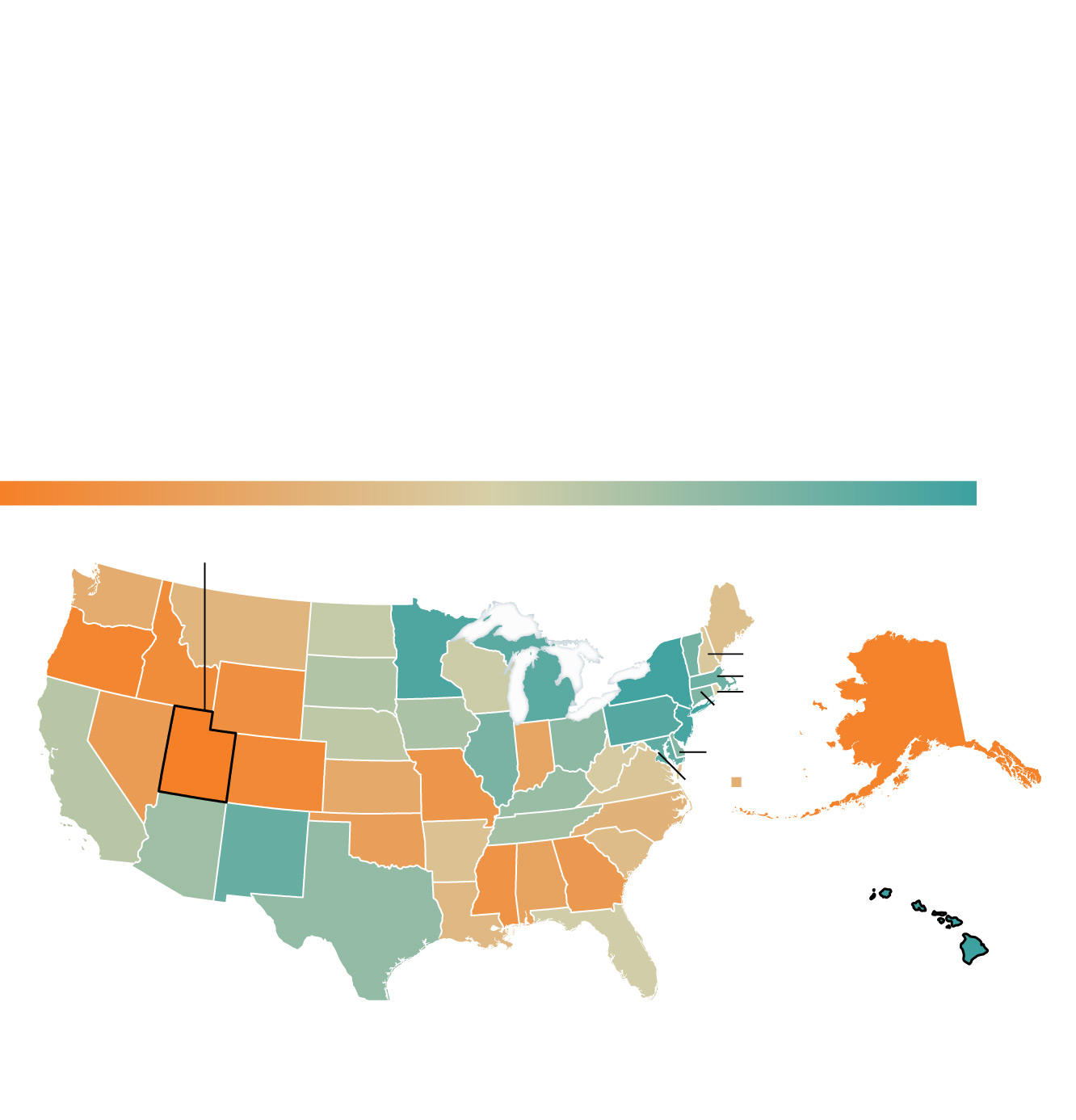 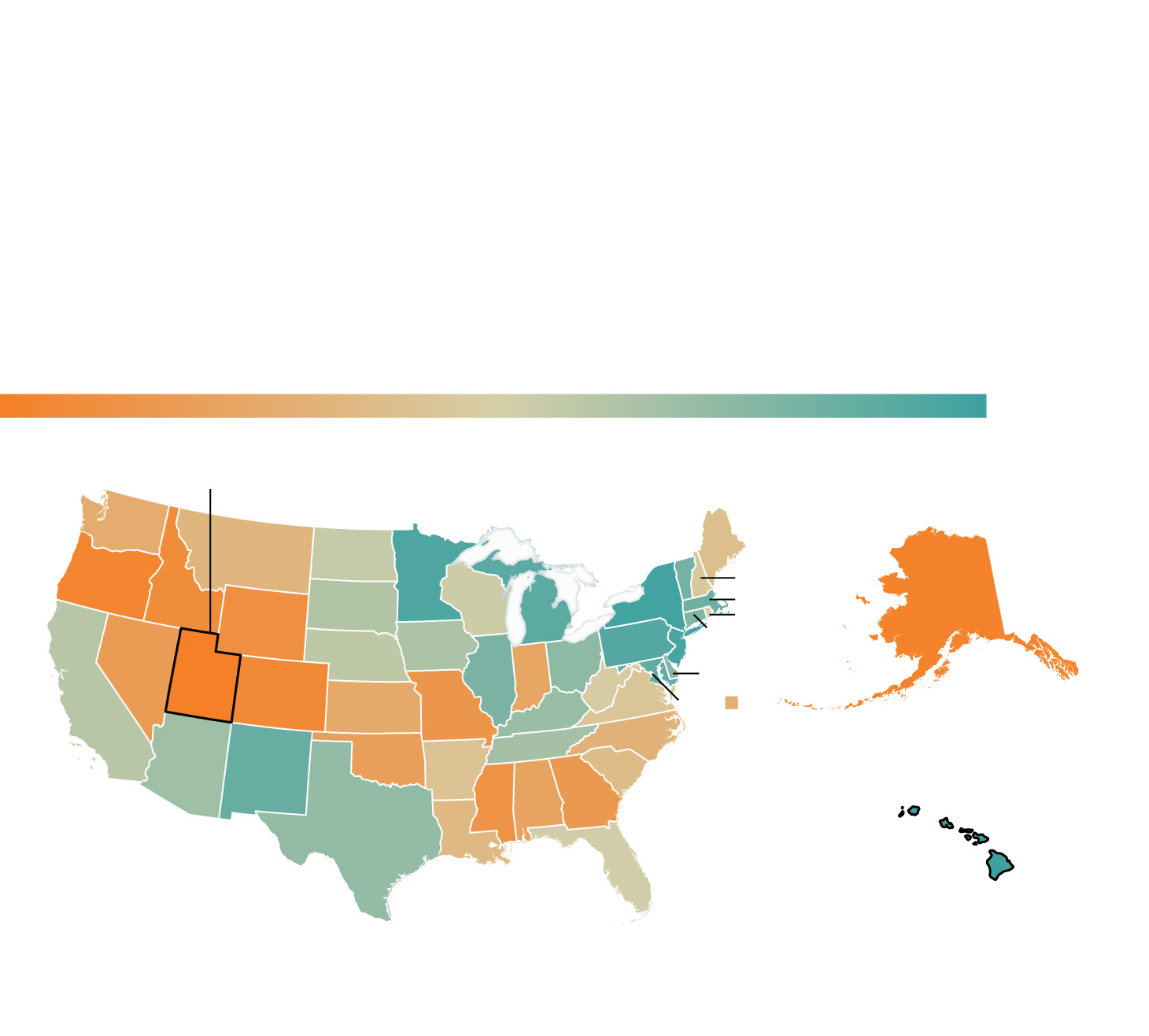 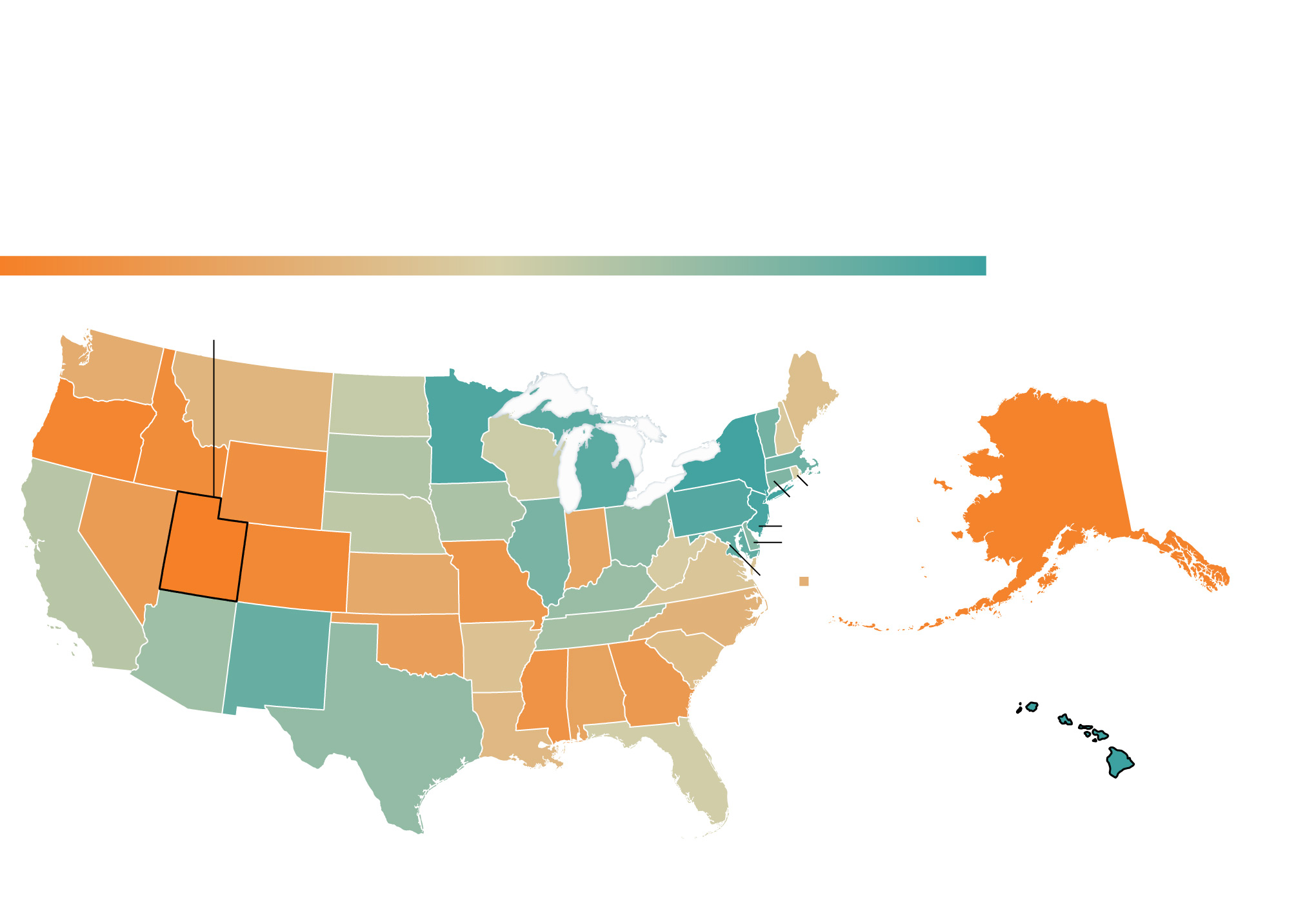 Utah ranks last for adult mental health-care access, according to Mental Health America’s 2021 report, while other rural states such as Wyoming, Idaho, Alaska, and Mississippi land in the bottom third of the list. This is largely due to the paucity of practitioners available to treat the population, a problem compounded by factors such as travel distance to reach providers, poverty, and lack of insurance.

For Kadleck, this means long days in the clinic as a marriage and family counselor, sometimes followed up by long nights on the road. The strain of these extra duties is affecting the mental health of the other therapists as well.

“The crisis work is the hardest on them,” says Tricia Bennett, a therapist and the supervisor at Northeastern Counseling Center. “They may end up going to the ER at night with patients. They’re making big decisions that impact peoples’ lives. And the stories we listen to—we have to help people through their trauma, and that can be traumatizing for us, too.”

Eastern Utah has no long-term psychiatric units, which offer in-patient mental health treatment. Patients who need this level of care must go to Provo or Salt Lake City, each about 130 miles away. Such a distance is difficult on patients because it may also keep loved ones from visiting, overtax family caregivers, and separate patients in crisis from their essential support systems.

“From Roosevelt, it takes about two and a half hours to get into the city,” Kadleck says, talking about the difficult journey families from rural Utah must make to visit long-term psychiatric units in the city. “It’s a hard drive, a day trip, but sometimes it’s what has to be done.”

Large gaps widened by the pandemic

“Even before COVID-19, we were seeing the prevalence of mental illness among adults increasing, as well as suicidal ideation,” says Maddy Reinert, the program manager for population health for Mental Health America and co-author of the organization’s 2021 report. According to data from multiple federal agencies, the number of adults with unmet mental illness has grown since 2011.

Part of the issue is the cost. Even in places where psychological care is available, the expense or a lack of insurance may hinder access. Northeastern Counseling Center and many providers like it offer payment options for the uninsured that are scaled to their income. Patients can see a therapist for as little as $5 or, in some cases, for free. But these solutions aren’t widespread.

People who live in states that did not expand Medicaid, including Florida, Georgia, and other southern states, are less likely to have affordable care, says Reinert. According to the Economic Policy Institute, the pandemic has widened this access gap: As many as 12 million Americans lost employer-sponsored health insurance between February and August.

Then came late autumn 2020. Utah experienced a coronavirus surge that forced hospitals to ration care, putting mental health providers on red-alert. Practitioners ranging from rural clinics like Northeastern Counseling Center to larger nonprofits like the National Alliance on Mental Illness had to up their services.

Now, in addition to these hurdles, clinically significant mental health issues associated with the pandemic are on the rise. More than 40 percent of U.S. residents have experienced mental or behavioral concerns such as anxiety, depression, suicidal thoughts, and increased drug or alcohol dependence since March—almost double the prevalence of mental health concerns from previous years, as shown by an August report from the Centers for Disease Control and Prevention. Among the most affected have been young adults, people from minority and lower socioeconomic backgrounds, unpaid caregivers, frontline workers, and people with previous mental health diagnoses. Respondents from these groups also reported using drugs and alcohol to cope more frequently than other groups, exacerbating the issues.

The ongoing discussion surrounding mental health in the U.S. has decreased the stigma that once accompanied a diagnosis, thus lowering a cultural barrier that has prevented some from seeking the help they needed.

“It has become much more ordinary to seek help for mental health,” Duckworth says. “Going forward, people with mental health concerns may not be considered the other.”

The National Alliance on Mental Illness’s helpline has seen an increase in calls. At the onset of the pandemic, the number of people phoning them tripled. This volume has waxed and waned with outbreaks and other tumultuous events this year, such as the presidential election, the continued perpetuation of violent white nationalism, and the social movements toward equality. NAMI has recruited additional volunteers to handle the uptick. The same patterns are true for The Trevor Project’s text bank, a volunteer-run chat service that supports LGBTQ young people in times of crisis. Other helplines have experienced influxes as well.

Teletherapy and phone sessions have closed the distance between providers and their rural patients, but this new connectivity is far from a cure-all, Duckworth says. As many as 42 million Americans lack reliable internet access, according to Federal Communications Commission data. Teletherapy is of little help for them.

Meanwhile, the supply-and-demand mismatch continues to worsen as the population increases, and more people than ever are struggling to cope. Adding more services can only go so far. The solution, Denise Juliano-Bult believes, will have to come through efforts to recruit more therapists in underserved areas.

“There needs to be some kind of incentive because it appears that not enough people are attracted to working in the places that have the most need,” says Juliano-Bult, chief of the disparities in mental health services research program at the National Institute of Mental Health. Juliano-Bult believes that expanding the Commissioned Corps of the U.S. Public Health Service, or USPHSCC, might be the way to cover the remaining gaps.

Even though it has operated since 1798 as the Marine Hospital Fund, the USPHSCC is one of the least well-known of America’s eight uniformed services. Its purpose has changed with the times, but now, the corps exist to support the country’s biomedical endeavors, including the provision of health care to underserved people.

The 2010 Affordable Care Act included legislation to create a Ready Reserve Corps for the USPHSCC. Like the Army Reserve, the Ready Reserve Corps would be composed of civilians who stand ready to deploy. But the law wasn’t implemented until the pandemic-related CARES Act became effective earlier this year. Besides, while the corps has deployed doctors and nurses all over the country to aid in the COVID-19 emergency response, these practitioners aren’t necessarily specialized in mental health care.

The service hopes to add 2,500 more emergency care providers to its ranks in the coming years, but this number is a far cry from the overall demand, especially in mental health care deserts. The U.S. will need to recruit additional USPHSCC responders who specialize in psychiatry and counseling if the country hopes to turn this crisis around.

No such plans are in the offing, but there is hope. Congress’s $900 billion stimulus package, which the president signed into law on December 27, includes $4.25 billion to help treat America’s ongoing mental health crisis.

Even so, no amount of money can suddenly create tens of thousands of therapists. For now, Americans—from mental health hotline volunteers to rural therapists to family caregivers—continue to do the best they can to help each other cope with the pandemic’s continuing devastation.