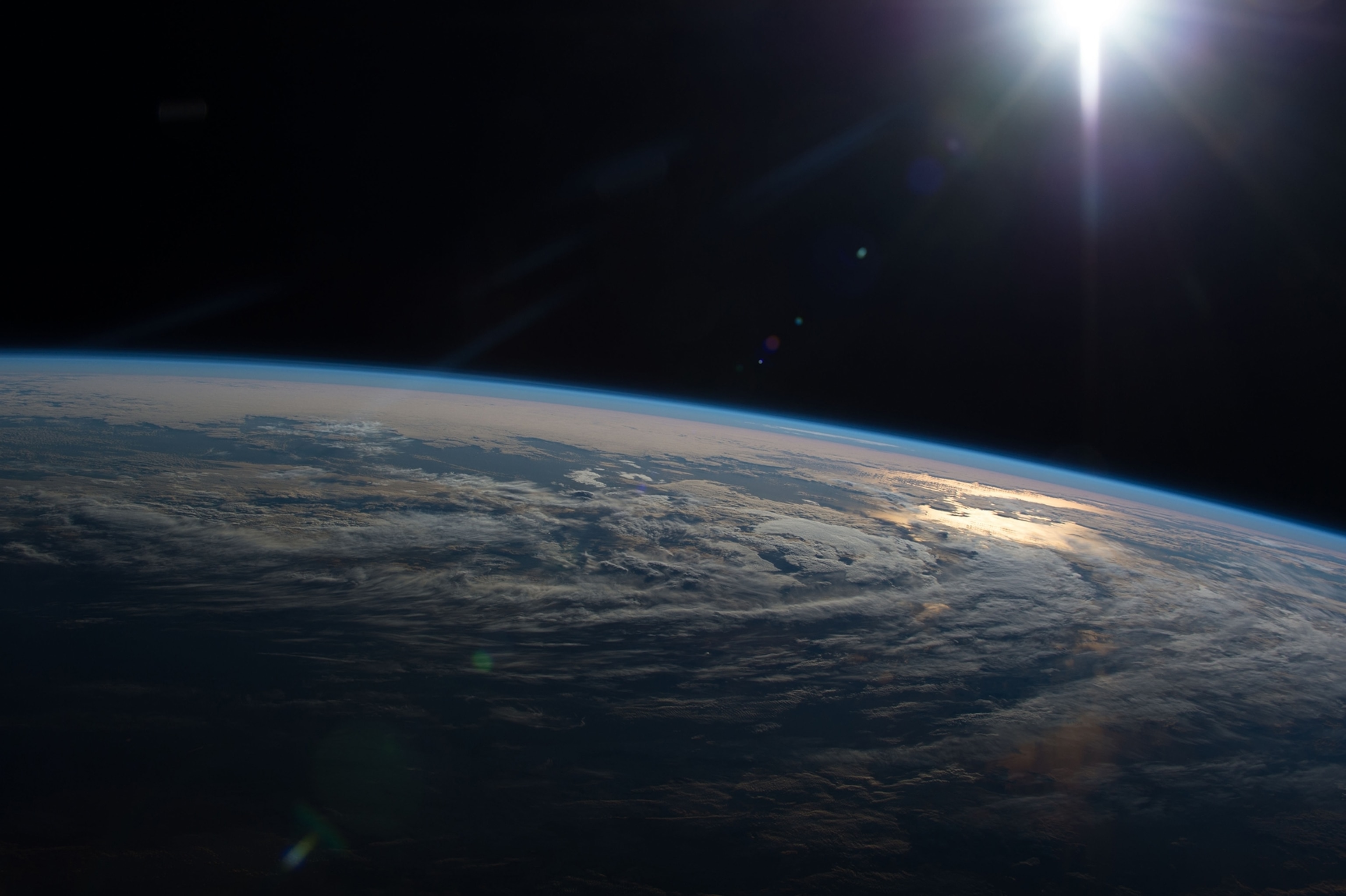 Will all coffee be fair trade? All cars electric? Or, by the time we celebrate the 100th anniversary of Earth Day, will hastening storms, pandemics, and inequality condemn our Earth?

Crew members aboard the International Space Station take numerous images of the Earth to record the images that provide NASA scientists with data to gain a deeper understanding of our Planet.
Photograph by Jeff William, NASA

Today we are focused on saving a world slammed by a global pandemic. Fifty years ago, people took to the streets on the first Earth Day to try to save the world itself.

In this midst of today’s turmoil, National Geographic is exploring a deeper question: What kind of world will we have on the 100th anniversary of Earth Day, just 50 years from now?

Both optimists and pessimists believe we are at some kind of turning point, where action (or inaction) will push us along one path or another. Nat Geo’s latest issue includes compelling essays written from each point of view.

What’s the glass-half-full take? Writer Emma Marris cites increased efficiencies in cars, solar, wind energy, and battery storage as building blocks of a better world. She foresees a halt in subsidizing meat production, which would encourage society-wide shifts to more plant foods. She writes that government intervention, driven by a rising consciousness in both young and old, could impel businesses and individuals to retrofit buildings, get rid of oil and gas furnaces, and help take 1.3 billion gas-guzzlers off the road.

“The money we are talking about is not more than what we bailed out the banks with,” Marris writes, quoting Jonathan Foley of Project Drawdown, which does cost-benefit analyses of climate change solutions. Foley was referring to the recovery after the 2008-9 recession (although another business bailout looks to be coming soon in response to COVID-19).

Returning to good news, Marris writes that education already has improved our world in ways that go beyond the obvious. Women in Kenya, she writes, upon gaining widespread access to education and birth control, went from having 8.1 children on average in the 1970s to just 3.7 children in 2015.

Hybrid thinking will replace absolutism, she contends, in our attitudes toward nature. Big farms will coexist alongside vertical urban gardens. “Borders will be softer; backyards messier. Wilderness corridors will thread through farmlands and cities; floodplains will store carbon, produce food, and control floods. Kids will climb trees in schoolyard orchards to pick fruit,” Marris writes.

She sees our biggest threat—climate change—as a chance for rich nations to help the poor. It’s “an opportunity for us,” Marris writes, “to step up—to grow up—as a species.” Her 2070 Earth Day is a party, in a place where politicians universally agree on the sins of fossil fuels, all coffee is fair trade, and birdsongs sound clearly over the sharply diminished noise from urban traffic.

Not so fast, reluctantly argues Elizabeth Kolbert, author of The Sixth Extinction: An Unnatural History. By 2070, she expects rising seawaters to render the Marshall Islands and the Maldives uninhabitable; to flood Norfolk, Virginia half the year; to char and scar places like Australia and California during longer and more intense wildfire seasons.

Our future, Kolbert declares, depends on how much carbon we emit in the next 50 years—and anything short of a full shutdown will keep the level of carbon in our atmosphere (and the planet’s temperature) rising. Deforestation remains on the march, as does the extinction of the flora and fauna around us. “For every species teetering on the edge of oblivion, many more seem headed in that direction,” she writes.

Kolbert can’t muster a sense of optimism about our future, or share in the vision of a joyful Earth Day 2070, even though she acknowledges that technical advances may solve some of our problems.

“Perhaps people will perfect pollen-carrying drones. (They’re already being tested.) Perhaps we’ll also figure out ways to deal with rising sea levels and fiercer storms and deeper droughts. Perhaps new, genetically engineered crops will allow us to continue to feed a growing population even as the world warms. Perhaps we’ll find ‘the interconnected web of life’ isn’t essential to human existence after all,“ Kolbert writes.

Then she concludes: “To some, this may seem like a happy outcome. To my mind, it’s an even scarier possibility. It would mean we could continue indefinitely along on our current path—altering the atmosphere, draining wetlands, emptying the oceans, and clearing the skies of life. Having freed ourselves from nature, we would find ourselves more and more alone, except perhaps for our insect drones.”

So which future will be ours? Will we get to help determine it—or is it out of our hands? As I work finishing this article before dawn on Tuesday, a songbird chirps outside my home. I pull down from my bookshelf the thin collection of Greta Thunberg’s speeches, No One Is Too Small to Make a Difference.

In one speech, Thunberg says the hope is in our defiance, our refusal to be resigned to oblivion.

“We are the ones making a difference,” the Swedish teenager tells the youthful London crowd in April 2019. “It shouldn’t be like that, but since no one else is doing anything, we will have to do so. ... We will never stop fighting for this planet, and for ourselves, our futures, and the futures of our children and grandchildren.”

Maybe that’s the one point both essayists—and well as Thunberg and her opponents—can agree upon: Our Earth is worth fighting for.

David Beard, a former international correspondent and digital news director, is National Geographic’s executive editor for newsletters.
Read more on this topic, exclusively for our subscribers: