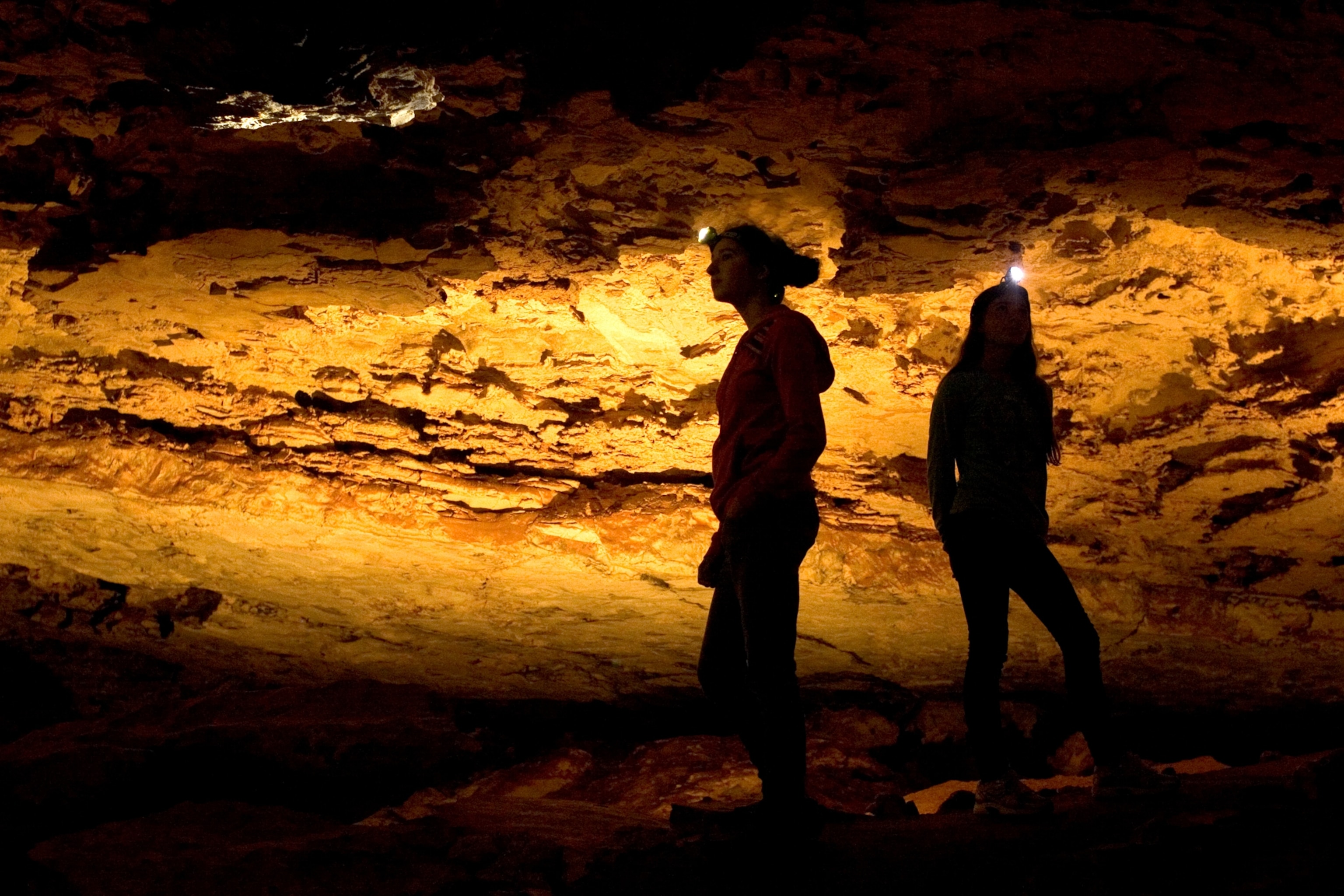 Here’s why South Dakota is the ‘undisputed queen of maze caves’ in the U.S.

But far beneath the chaos, an alternative awaits: caving.

It’s also an opportunity for discovery. In the U.S., nearly 20,000 caves lie beneath the country’s karst (limestone, dolostone, gypsum, and soluble-rock landscapes), and spelunking groups unearth at least 1,000 new caves each year. “It’s one of the last ways on Earth to be a pioneer of physical spaces,” says Chris Pelczarski, a leader of the South Dakota caving group Paha Sapa Grotto (PSG). “It leaves you with more questions than answers.”

Aside from drawing more tourists, not much has changed at South Dakota’s above-ground attractions such as Badlands National Park or Mount Rushmore. But in the state’s Black Hills National Forest, caving enthusiasts uncover new caves nearly every weekend.

(Take a 360° panorama tour of one of the world’s largest caves in Vietnam.)

Their latest endeavor? South Dakota’s first cave preserve, an area set aside to protect subterranean resources. Dahm Springs Preserve, a 46-acre canyon outside of Rapid City, protects seven known caves and one underground lake that likely connects to an important Black Hills drinking-water resource, the Madison Aquifer. “It would have become developed if not turned into a preserve” due to Rapid City’s growth, says Adam Weaver, a karst hydrologist and PSG vice-chairman.

And there’s more from where that came. PSG’s spelunkers, both novice and advanced, go cave hunting regularly. “Nature leaves these little clues, it’s almost like reading a blueprint,” says Pelczarski.

The coveted clue—airflow—tells cavers where to push or dig, according to Greg Springer, associate professor of geological sciences at Ohio University. Steam is another telltale sign in wet areas. “The simple rule, ‘follow the air,’ is tried and true,” Springer says.

Many large caves, including those in the Black Hills, “breathe” barometrically. When air pressure outside the cave is lower than it is inside, a strong wind blows outward—almost like an exhale. Conversely, when air pressure is higher outside, the cave sucks it in, says Rene Ohms, a PSG caver and spokesperson for the Black Hills Cave and Nature Conservancy. It’s the result of the cave’s air pressure system attempting to match surface air pressure.

Recently, PSG used an anemometer, a tool measuring the speed and direction of wind, to study North Cave, a newly discovered cavern in the Black Hills. Anemometer findings show this cave might stretch for 200 miles—a distance that could place it among the world’s 12 longest cave systems. Springer isn’t surprised. “South Dakota is the undisputed queen of maze caves in the U.S.,” he says, noting Jewel Cave National Monument and Wind Cave National Park, which PSG helps map, are by far the longest and most intricate cave mazes in the country.

Spelunkers rappel 300 feet (90 meters) into the Greenland ice sheet. Glacier caves such as these form when seasonal meltwater or geothermal vents cut fissures and channels through an ice sheet. Because they are made of ice, glacier caves can be quite unstable and present unique challenges to spelunkers.

The 200-mile-long Jewel Cave, the world’s third-longest, is particularly promising. “Jewel Cave has the best potential for discovery of all caves in the Black Hills—and probably in America,” says Pelczarski, who found the cave system’s first underground lake in 2015. Pelczarski says Jewel Cave could extend up to 2,000 miles. “Based on the volume of air calculated, it’s the longest cave in the world. Whether or not we can get to all that cave is another question.”

Mystery, adventure, and social distancing are the main draws, but spelunking is just as much about preserving and understanding caverns as it is exploring them. “Caves are time capsules,” says Schindel, noting that stalactites, spiky calcium-salt deposits that dangle like icicles, can hold records dating back 400,000 years.

For caving groups like PSG, conservation is twofold. First, the teams clean up harmful graffiti or garbage, and install tools such as bat-friendly gates to prevent trespassing—the main cause of cave damage. Then, through memberships and meetups, they teach safety skills and low-impact caving to protect these karst landscapes. “The cave environment doesn’t regenerate,” says Ohms.

Nor does Indigenous cave art, which has been found and preserved through expeditions such as the National Geographic Society-funded research in Tennessee’s Mud Glyph Cave in the 1980s. According to the NPS, Indigenous communities also discovered many of the Black Hills caves, such as Wind Cave, the site of the Lakota community’s origin story. Researchers have yet to discover art in Wind Cave, but Indigenous stories about “holes that blew wind” in the Black Hills prove their importance to local cultures.

Cave preservation is equally critical in the battle against white-nose syndrome, a North American wildlife disease that’s been confirmed in more than 30 U.S. states, including South Dakota. Since 2006, it’s wiped out nearly 7 million bats. Humans can accidentally transmit the deadly fungus via shoes and gear, but these caving groups teach spelunkers how to properly decontaminate equipment. They also restrict access to at-risk caves during bats’ winter hibernating months, the time when bats are most vulnerable.

How to start spelunking in South Dakota

After a year of infrastructure repairs, Jewel Cave will soon reopen its lauded cavern tours, including the moderate Discovery Tour, a paved-trail hike beneath the sparkling calcite crystals that gave the cavern its name. Brave spelunkers can don hard hats and headlamps for guided scrambling and belly crawling with the strenuous Wild Caving Tour. It navigates through cave wind, crevices, and natural wonders, including the rare hydromagnesite balloons, natural gas-filled pouches whose inflation mechanism remains a mystery.

Access to the Black Hills’ latest caving destination, Dahm Springs Preserve, requires a permit and approved trip leader, coordinated through the Black Hills Cave and Nature Conservancy. Expect army crawls, tight squeezes, and dirty clothes; but the teal subterranean lake and web of preserved stalactites and stalagmites are well worth the effort.

(Mammoth Cave might be a top tourist destination in 2021. Here’s why.)

These are just a few of the country’s nearly 20,000 known caves. Springer says countless more could lurk beneath our feet. “There are probably more unknown caves than known caves in the U.S.,” he says, noting most caves don’t even have entrances. “The lure of a virgin cave is strong and keeps us busy. There’s little more exciting than going somewhere no one has ever gone before.”