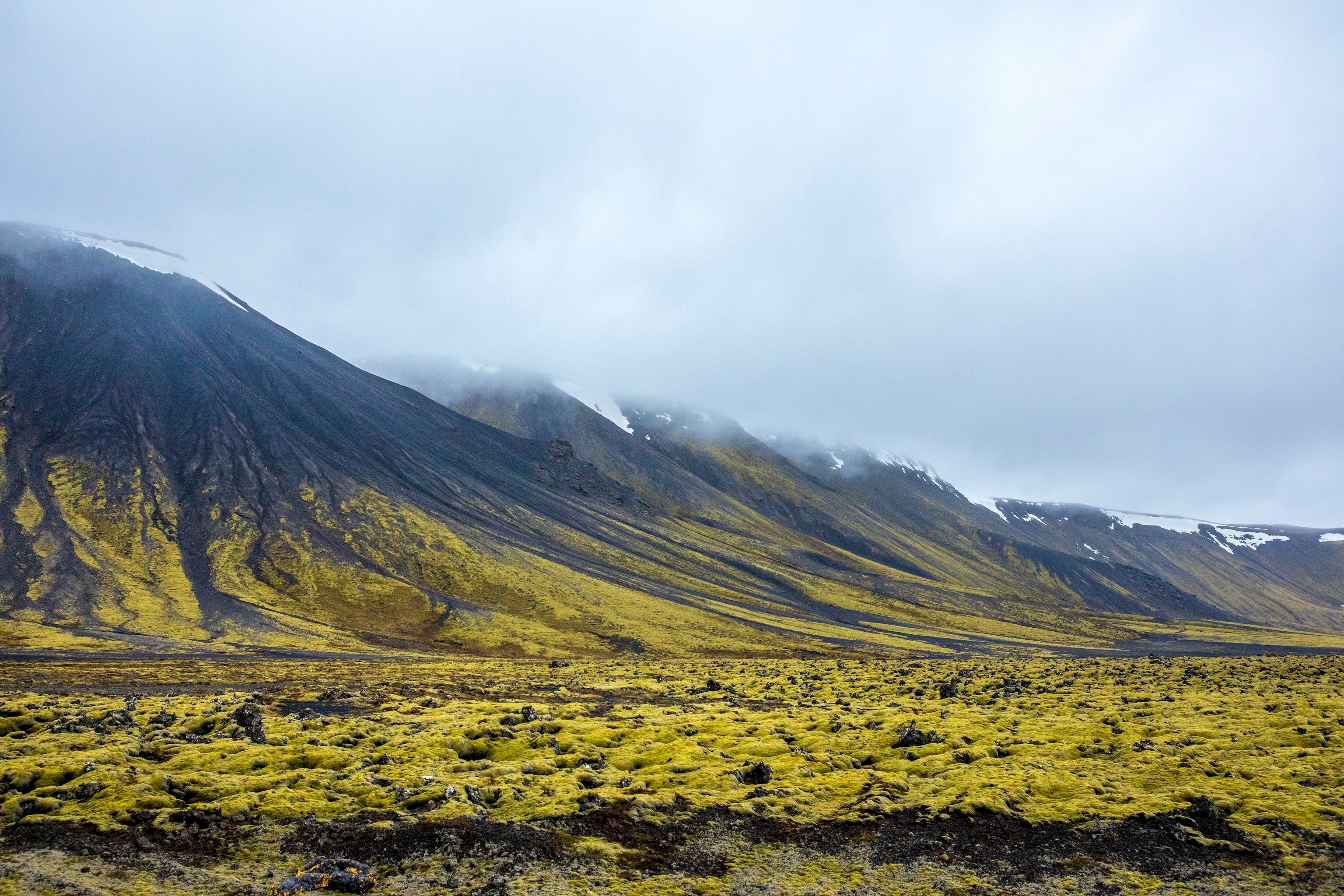 A Scientist's Voyage From the Peruvian Amazon to Nordic Iceland

Join National Geographic Explorer Andrés Ruzo on an exhilarating expedition to the land of fire and ice.

Iceland’s geologically active landscape is characterized by lava fields, mountains, and glaciers.
Photograph by Parker Young
This content is brought to you by our sponsor.

Geothermal scientist Andrés Ruzo is a restless spirit whose passion for science and adventure inspire him to always go further, dig deeper, and discover what’s next. In celebration of his thirst for endless exploration, National Geographic and Coors Light launched Ruzo on an epic journey and invited him to share his experiences with other explorers. In the first of four photo essays, follow Ruzo as he prepares for his trip and talks about what sparked his interest in the wild, rugged, and cold land of fire and ice—Iceland.

I’ve always dreaded the question, “Where are you from?” For me there is no easy answer. My life has always varied among Peru, Nicaragua, and the United States. I am Peruvian on my dad’s side, Nicaraguan on my mom’s side, and I live in the U.S. My life continues to be shaped by all three countries.

My first real link to geothermal science started as a kid in Nicaragua. My big, agricultural family is from northern Nicaragua and, among other things, we grow coffee on the Casita Volcano. Some of my most vivid childhood memories happened there.

As a child, I would regularly spend my summers on the coffee farm, playing with my cousins in the jungles on the flank of the volcano. My favorite place was the Casita’s geothermal field, which is full of fumaroles (steaming openings in the ground emitting hot, volcanic gases) and hot springs. There, the intensity of earth’s heat made it impossible for trees to grow, and the area seemed barren compared to the lush jungle surrounding it. We would throw things in fumaroles and watch the steam blast them away. We’d throw hot geothermal mud at each another. Once, we even cooked eggs in a hot spring.

This was a personal and intimate way to experience earth’s heat. Even at that young age, I understood that volcanoes are different from other mountains. Unlike the towering, frigid peaks I knew from the Andes around Lima, Peru, the volcanoes seemed alive: restless, boiling, and warm to the touch like a human body.

Revisiting these memories as an undergraduate student, I realized that volcanoes are more than just fascinating—they could be powerful sources of clean, renewable energy. Geothermal energy uses earth’s heat to produce electricity, and, if properly harnessed, a geothermal system can provide sustainable green energy for generations and generations. The sun stops shining, wind stops blowing, but volcanoes never sleep. The idea of an energy source that never turns off, and the concept of volcanoes leading us into a green energy future, blew my mind and became my passion.

My undergraduate degrees are in Geology and Finance from Southern Methodist University in Texas. There, I’m also almost done with my Ph.D. in Earth Sciences, with my research focusing on Peru’s Shanay-timpishka Geothermal System, or the “Boiling River of the Amazon.”

Early on in my doctoral work, I was part of the research team that created the 2011 Geothermal Map of the United States, supported by Google. We built upon older geothermal mapping methods, and developed new and improved ones using data from existing oil, gas, mining, and water wells. The map that resulted highlighted geothermal energy potential in the U.S. This is the same thing I wanted for Peru, where we desperately need more low-impact, green energy sources. So I focused my initial Ph.D. research on geothermal mapping in Peru. While researching the Geothermal Map of Peru, I remembered an old legend my grandfather told me when I was a boy in Lima—and that is how everything started.

The legend told of Paititi, the lost city of gold, hidden deep in the jungle, and of the doomed conquistadors who looked for it. The few that returned from expeditions told stories of giant snakes, fierce warriors, powerful shamans, and a river that boiled.

This “river that boiled” caught my imagination as a doctoral student, and I spent about two years asking experts if they had ever come across such a river. The answer was always, “No,” and one even told me to stop asking stupid questions. Eventually, I gave up on the idea that the legendary “boiling river” existed—it was case closed. Then, at a family dinner, my aunt asked me about my research. I mentioned how the boiling river was just an exaggerated tale, and how it wouldn’t make sense to find it in a non-volcanic area like Peru’s Amazon Basin. She looked confused, then insisted, “But Andrés, it does exist! I have seen it!”

The Shaman’s Blessing and the Boiling River

It turned out my aunt had done indigenous rights work and, in the process, had befriended the wife of the powerful shaman who protects this sacred thermal river in the heart of the Peruvian Amazon. She led me into the jungle to meet the shaman, and, in 2011, I became the first geoscientist granted the shamanic blessing to study their sacred river. When I saw the Boiling River for the first time, I was floored and dumbstruck. My aunt looked at me, laughed, and said, “I told you I wasn't exaggerating.”

At its hottest, the river reaches more than 200°F— scorching enough to kill you. Though the temperatures are impressive, the sheer volume of scalding water is almost incomprehensible. It flows hot for just under four miles, can get over 80 feet at its widest point, and almost 15 feet at its deepest. There are pools up to 100-feet across and thermal waterfalls with up to 20-foot drops—all featuring dangerously hot water.

Even more amazingly, this is a non-volcanic area. So, the big question remains: How can the Boiling River exist more than 430 miles away from the nearest active volcanic center, in the heart of the Peruvian Amazon?

I have dedicated most of my adult life to seeking the answer to this question, as well as to finding ways to protect this hallowed place. In Peru, we face a serious conservation problem. Currently, we lose about half a soccer field of jungle every minute, and, unfortunately, this aggressive deforestation has already reached the Boiling River. I will not stop until this sacred place is protected.

As a geoscientist, the world is my classroom. I’ve taken advantage of the fact that rocks are all over the globe. My Ph.D. fieldwork is in the middle of a South American jungle. I did my volcanology field school at the University of Hawaii at Hilo. I took geologic mapping courses in the American Southwest, and even a mining course in Australia. As a geothermal scientist, Iceland was a natural next step for me because it’s a geothermal mecca. The country is dotted with geothermal power plants that use earth’s heat to produce clean electricity. They also use the plentiful geothermal waters for district heating— an astounding 90 percent of Icelandic homes are heated with geothermal water.

But my connection to Iceland runs even deeper. I almost moved to Iceland in 2009, after earning a full scholarship to what was my dream graduate school at the time. But I declined the offer. The truth is that I had met a girl—the girl. We were only dating at the time, but I knew Sofía was the one. She made me promise that I wasn’t giving up Iceland for her, and well…it’s the only lie I’ve ever told her.

My dream school lost out to my dream girl. I ended up proposing, we got married, and only a few months ago we welcomed our first child, a son. Through it all, visiting Iceland has remained the dream at the top of our bucket list, and now, it was about to come true.

To say I am psyched for this trip is an understatement. Iceland has eluded me for years. Throughout the years, I have had five potential-visits fall apart. I have worked remotely on three different projects with colleagues in Iceland. Even in school, “Icelandic Saga” remained one of my all-time favorite classes. Despite all of this, I have never visited.

Especially because of our love story, it is an incredible gift to share this first trip to Iceland with Sofía. We've talked about going there together since we first met almost ten years ago. Now this trip could not be coming at a more perfect time.

Besides entering the final stage of my Ph.D., and preparing to move from Texas to Florida, Sofía and I are navigating unchartered waters as brand new parents. We have a lot of big decisions and challenges coming up as we redefine ourselves as members of a three-person family. Going to Iceland feels like an opportunity to take a step back, regroup, and reconnect while spending time together in nature.

Professionally, I am starting to look beyond my doctoral work to the next steps in my life as a researcher. My major focus will likely always be to understand and protect Peru’s Boiling River, but I remain curious about “boiling rivers”—large thermal rivers with boiling to near-boiling hot springs—across the globe. Where are they? What causes them? How do they relate to the Shanay-timpishka? These are all questions I want to answer.

Iceland's “boiling river,” the Reykjadalur, seems like the ideal place to start answering these questions. Research is best done with local collaborators, so I have been reaching out to friends and colleagues from the Icelandic geothermal community.

This certainly will be a different adventure for me. I am beyond excited to get into the field—to learn, to collaborate—and, in doing so, lay the groundwork for future geothermal projects.

PART TWO: MY NEXT WITH ANDRÉS RUZO