200 Years of U.S. Immigration Looks Like the Rings of a Tree

These data visualizers imagined each era of U.S. immigration as a ring in a growing tree trunk. 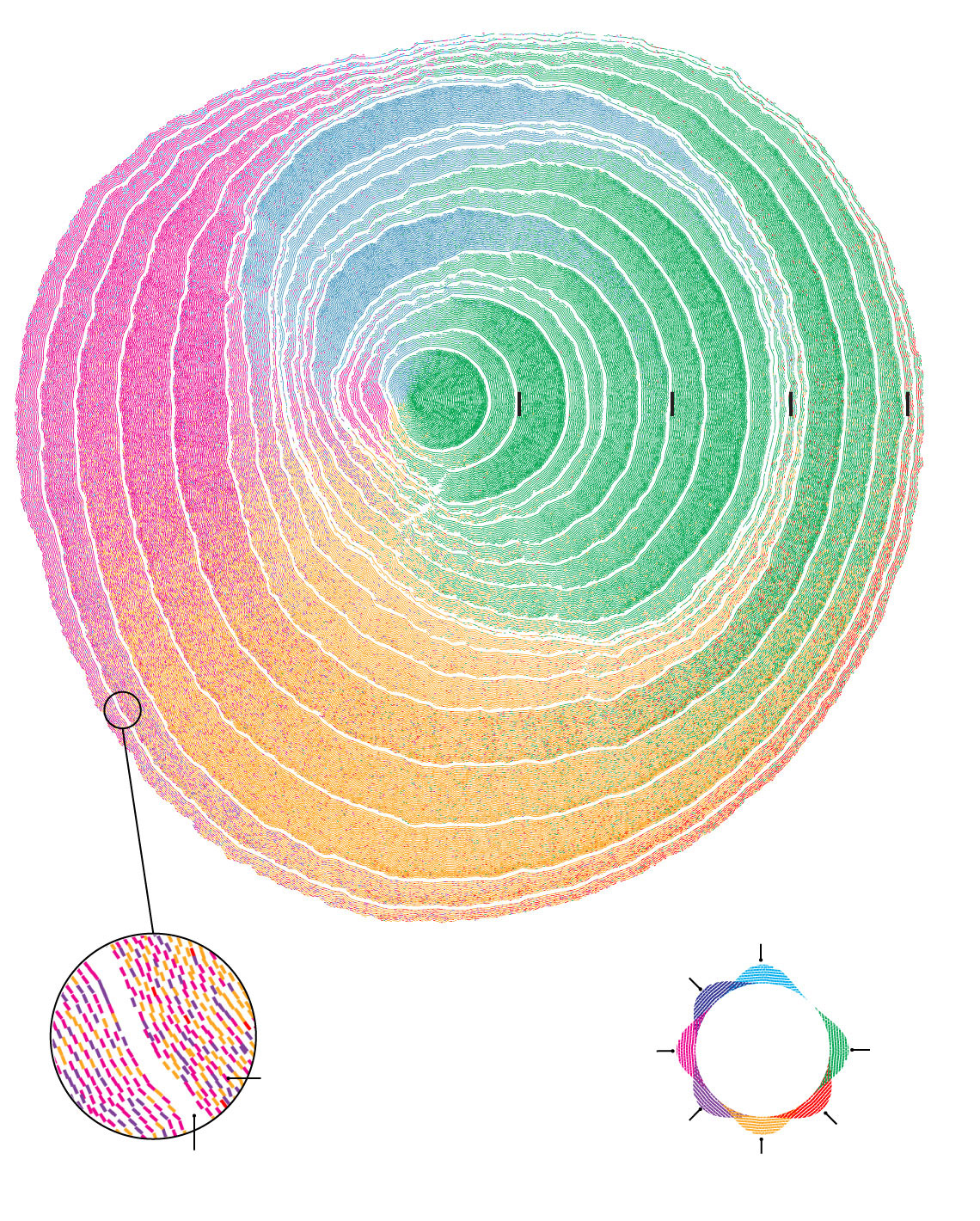 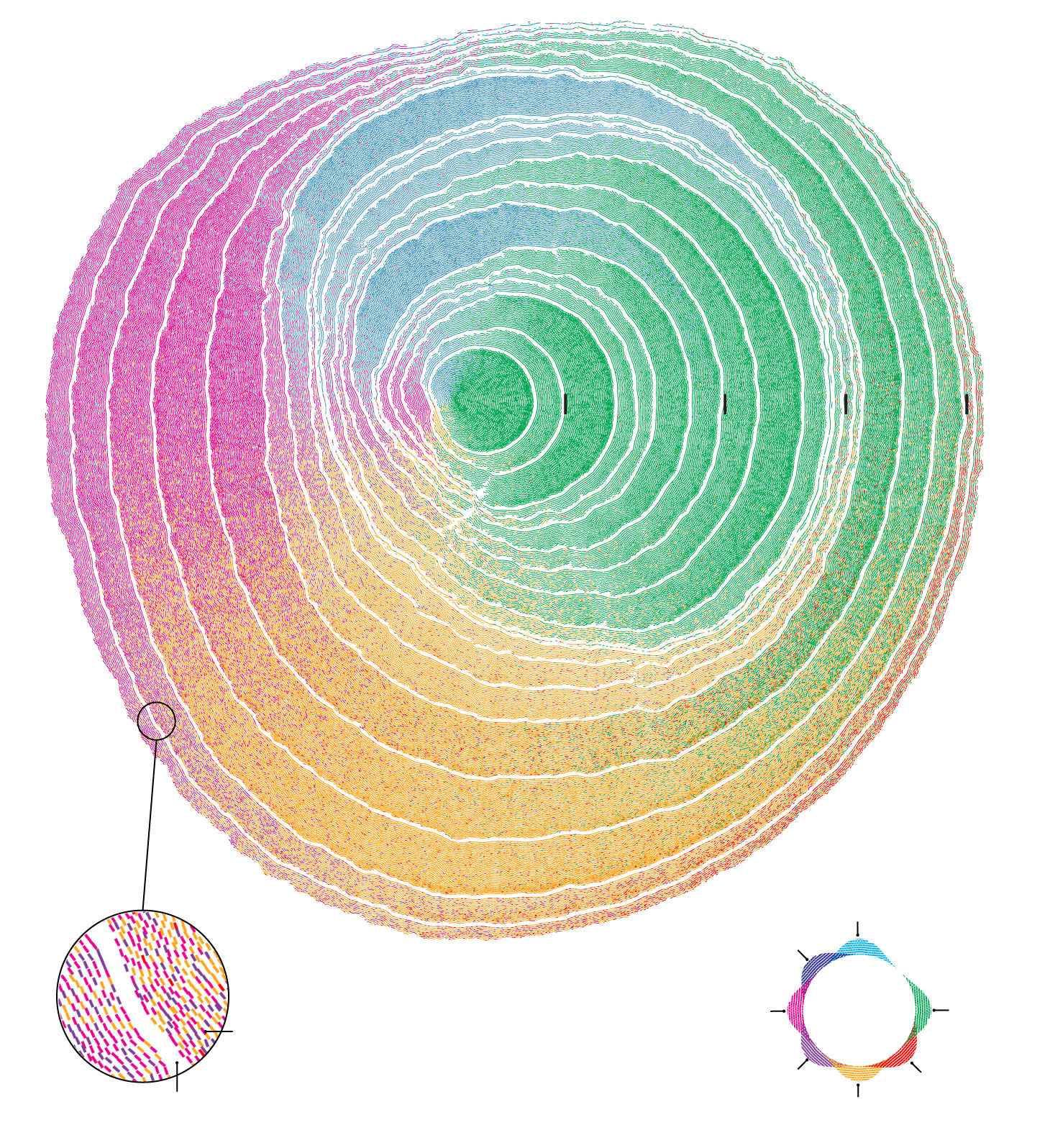 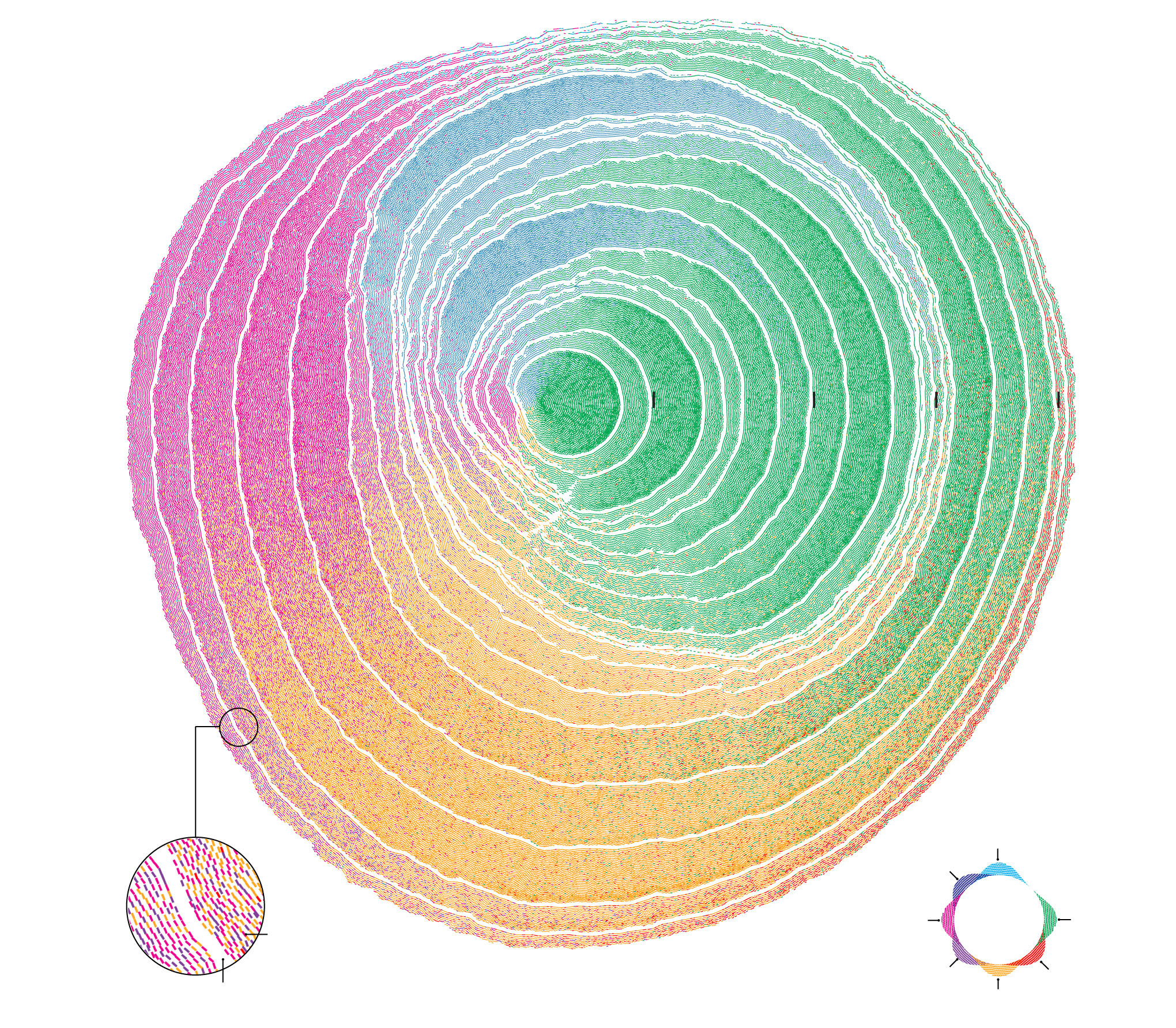 From policy particulars to deep questions of morality, the issue of immigration in the United States has come up with fierce urgency in recent weeks.

But today’s immigration battles take place within a long, slowly accruing history that is difficult to grasp in its sheer scale and complexity. Tens of millions of people who represent every corner of the globe have immigrated to the U.S. over the last two centuries. The picture that emerges over time can resembles a living organism, which inspired this graphic.

Trees’ annual growth rings reflect varying environmental conditions, and these forms are not perfect circles or ellipses. The algorithm for this immigration graphic is inspired by the regular shifts and irregular shapes of these natural organisms. (Read: “Scenes From a Migration Crisis—On Both Sides of the Border.”)

Like countries, trees can be hundreds, even thousands, of years old. Cells grow slowly, and the pattern of growth influences the shape of the trunk. Just as these cells leave an informational mark in the tree, so too do incoming immigrants contribute to the country’s shape.

These immigration “rings” expand during years when certain welcoming factors are prevalent, such as when American immigration policies become less restrictive and its economy offers greater opportunity. The “rings” tend to stay slim during years of war or economic upheaval.

The origins of U.S. immigrant populations also transform from era to era. In the 1840s and 1880s, European immigrants came mainly from northern and western Europe, whereas the famous influx of  the early 1900s, symbolized by Ellis Island’s gateway, emanated mostly from southern and eastern Europe. Immigration from Asia rose between 1970 and 2000, while large-scale immigration from Latin America began in 1950 and lasted for half a century. Immigration from Africa only becomes visible in the 21st century, though early U.S. Census data omits populations of slaves and indigenous communities.