In September 2018, when the area covered by Arctic sea ice shrank to its annual minimum and once again was far below the average of previous decades, hundreds of ships navigated the region. By mid-century if not sooner, Arctic summers are expected to be hot enough to melt most of the sea ice that forms in winter.

Last year the number of vessels crossing waters governed by the international Polar Code—a set of strict safety and environmental rules—was 879, nearly 60 percent higher than in 2012. 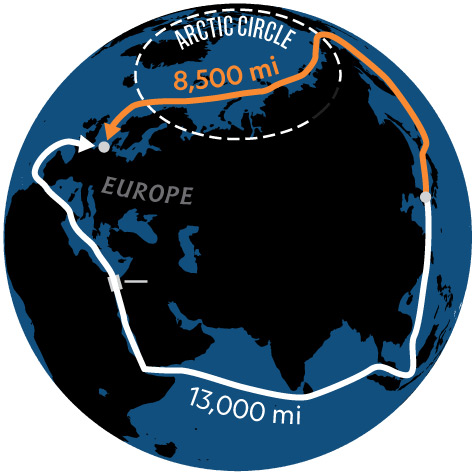 Last September the Danish Venta Maersk became the first container ship to complete the Northern Sea Route, traveling from East Asia to northern Europe. The journey was 10 days shorter than the southern route through the Suez Canal, but it required the help of a Russian icebreaker. Arctic shipping routes aren’t expected to be cost-effective until the region is more ice free. 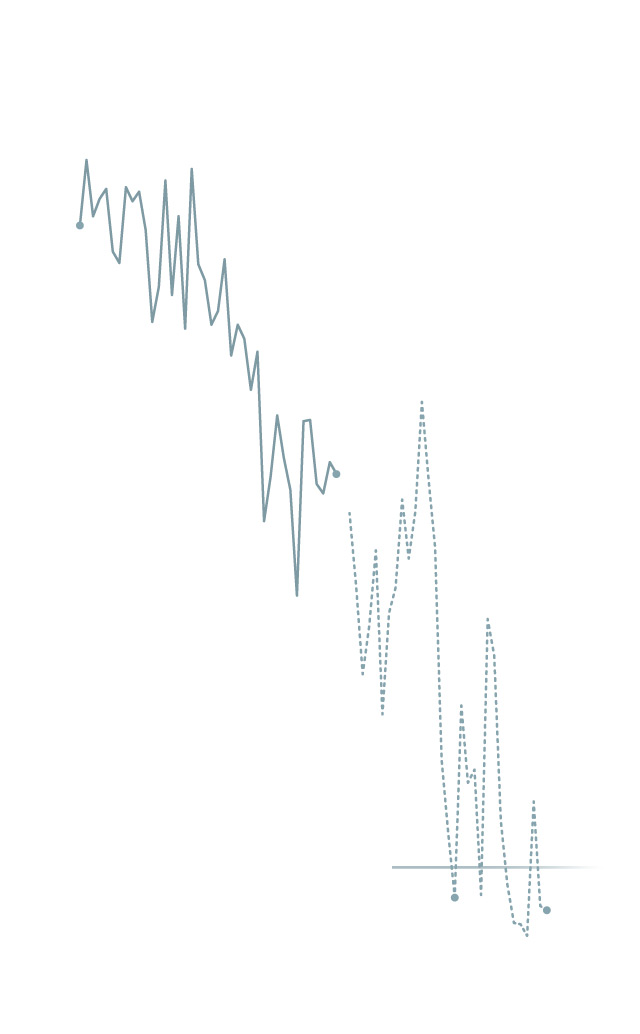 in millions of square miles

Sea ice extent fluctuates naturally, but the trend is unmistakable: The Arctic Ocean will be ice free in summer by mid-century. 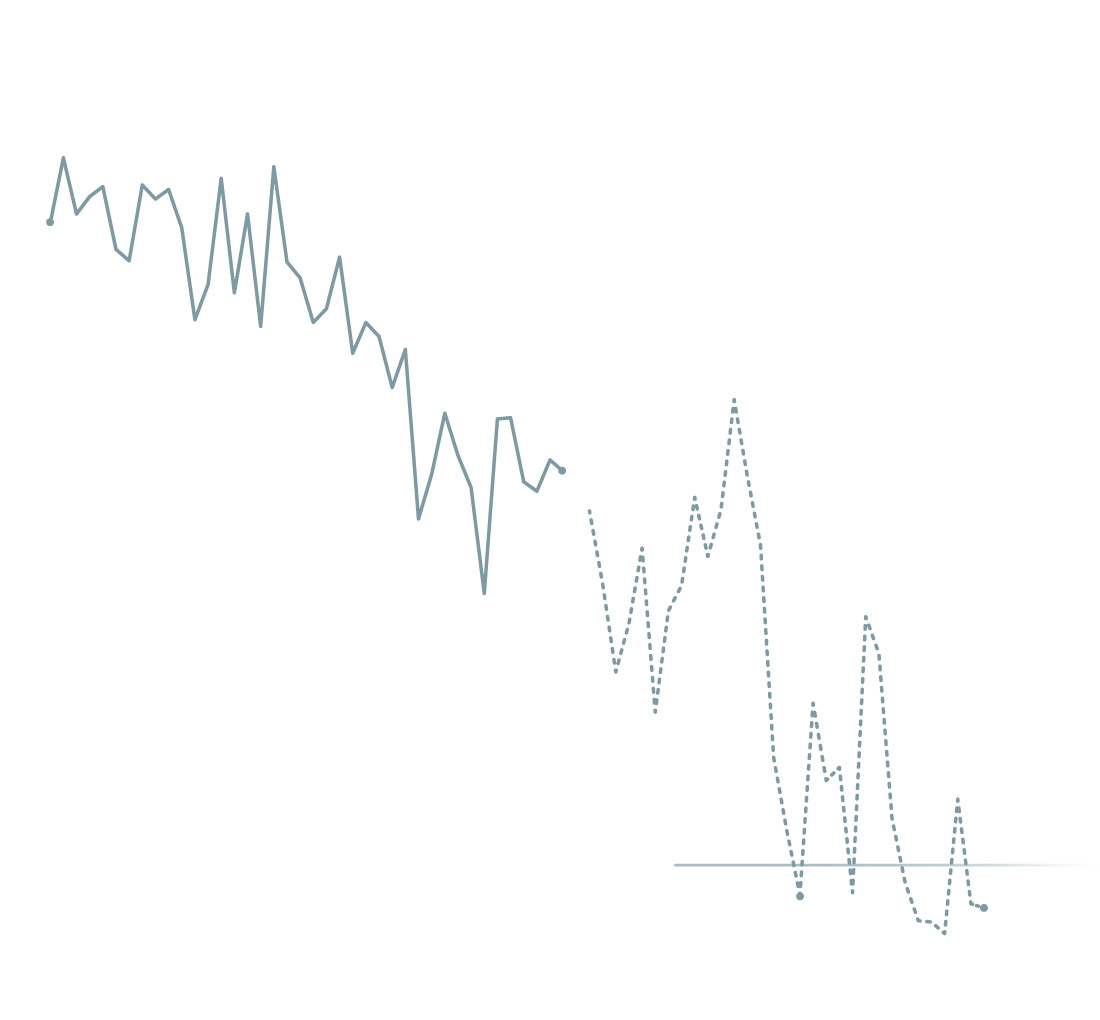 in millions of square miles

Sea ice extent fluctuates naturally, but the trend is unmistakable: The Arctic Ocean will be ice free in summer by mid-century.

Most Arctic traffic occurs in summer, but new ice-breaking oil and gas tankers are able to operate year-round. These tankers made up just six percent of all ships entering Polar Code waters in 2018, but they burned so much fuel that they were responsible for 33 percent of carbon emissions. 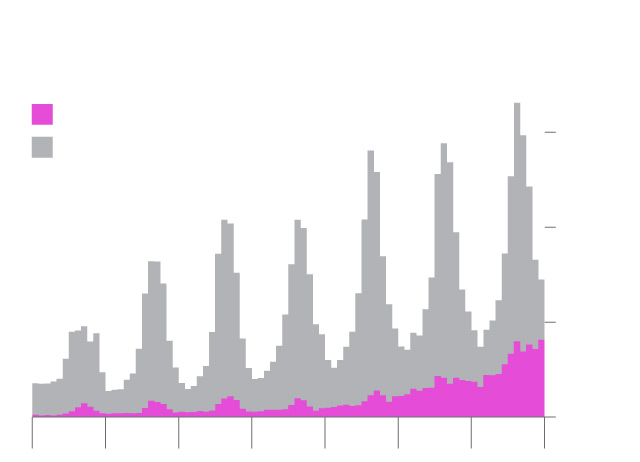 (in thousands of metric tons per month) 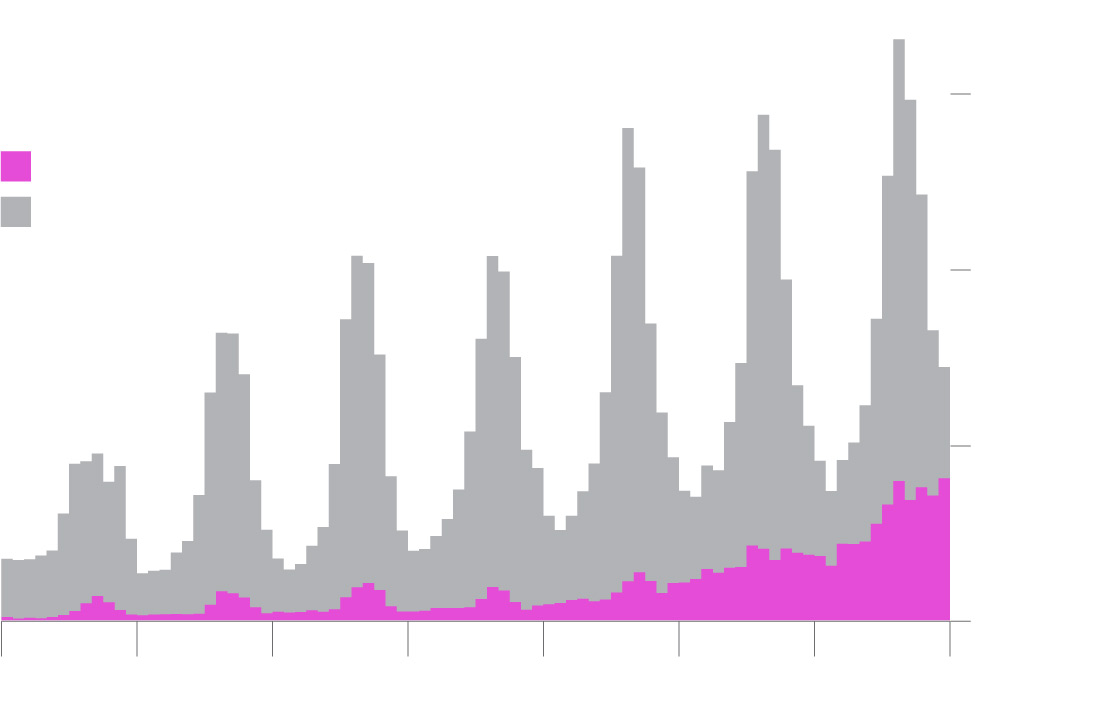 (in thousands of metric tons per month)


Russia’s Yamal Peninsula is thought to have the world’s largest natural gas reserves. Ten ice-breaking tankers are exporting Russian gas to Europe and Asia, with five more under construction. 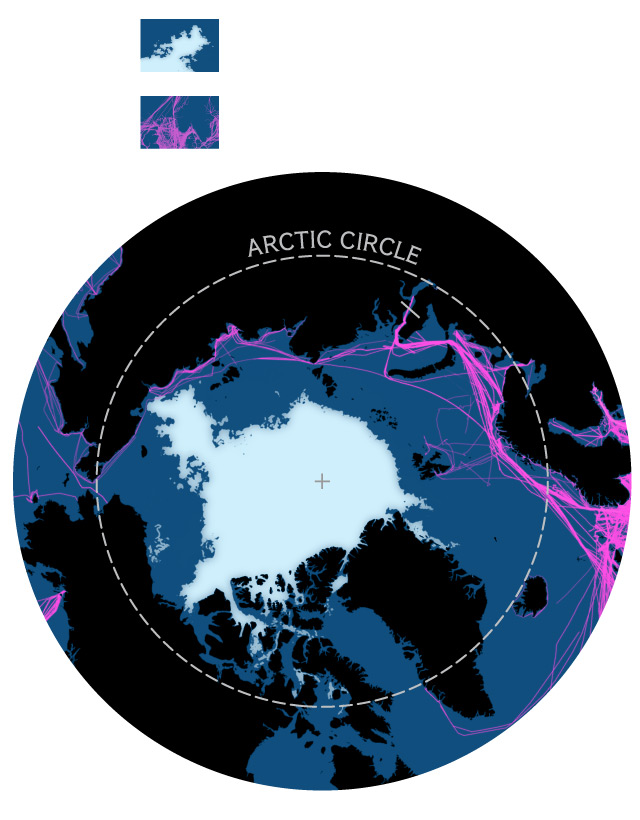 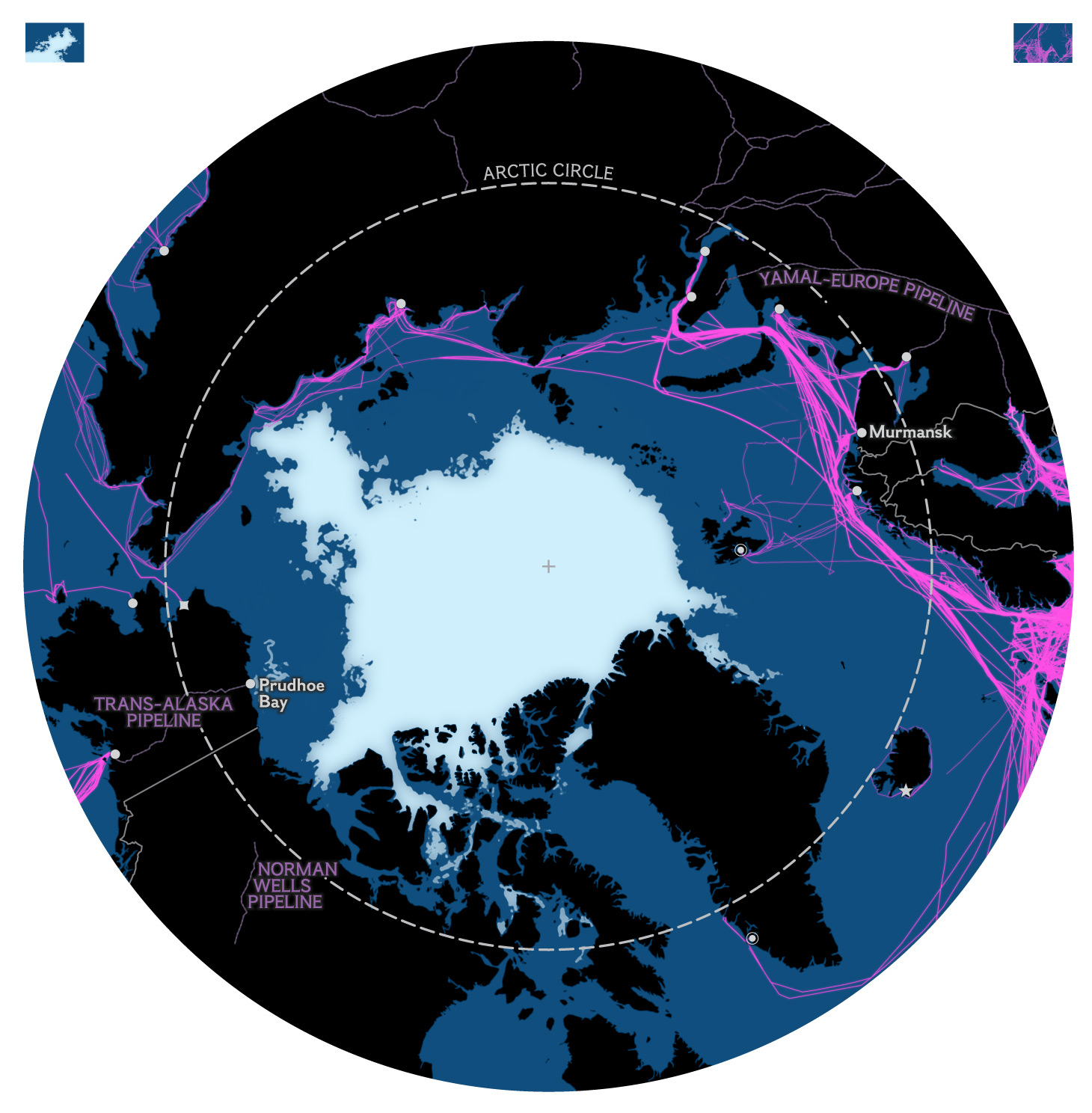 
A French icebreaker cruise ship is aiming for the North Pole by 2021, and dozens of ships intended for polar cruises are scheduled to launch by 2023. 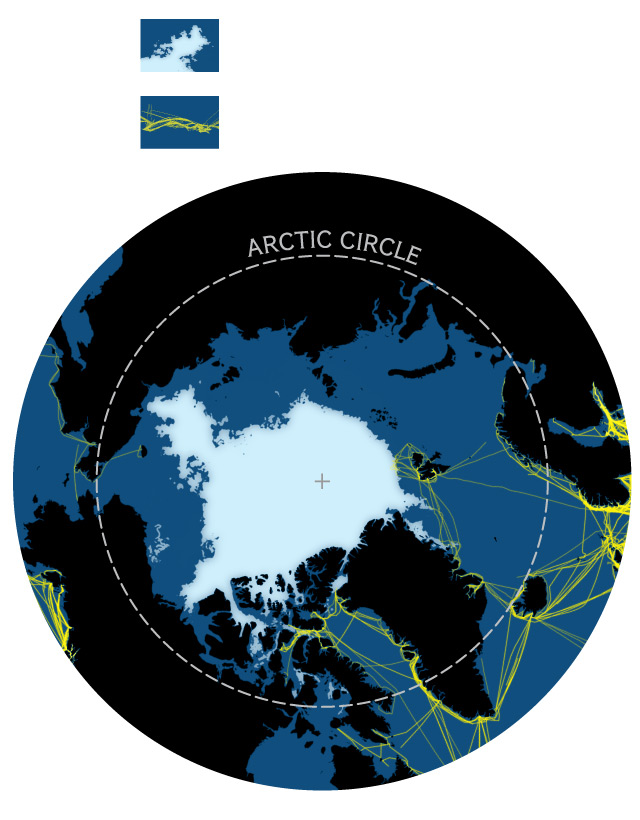 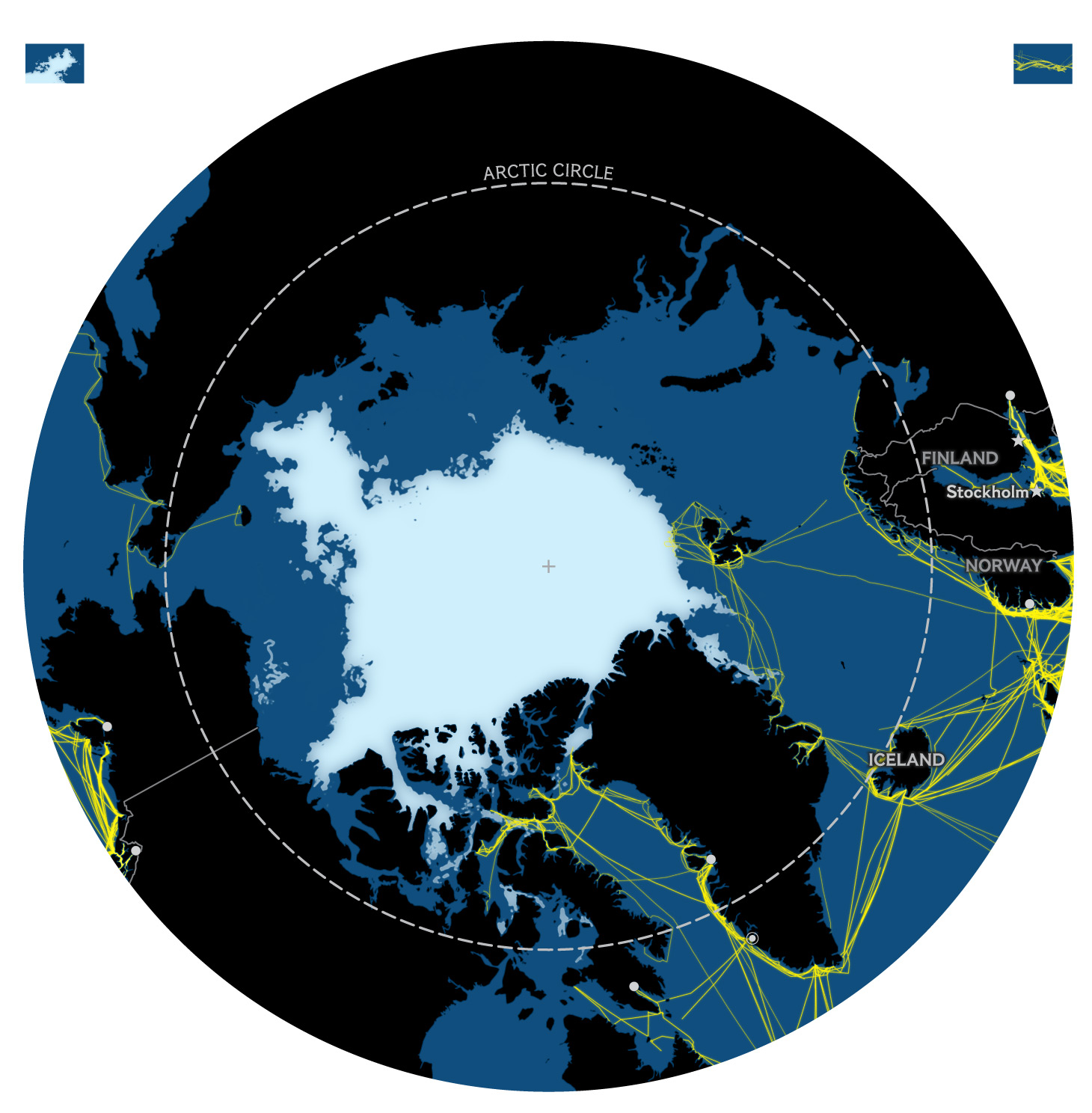 
Bulk carriers transport materials from northern mines, such as zinc from Alaska’s Red Dog mine and iron ore from Canada’s Mary River Mine. Currently only accessible in summer, the ports serving these mines could be more active for longer periods as sea ice declines. 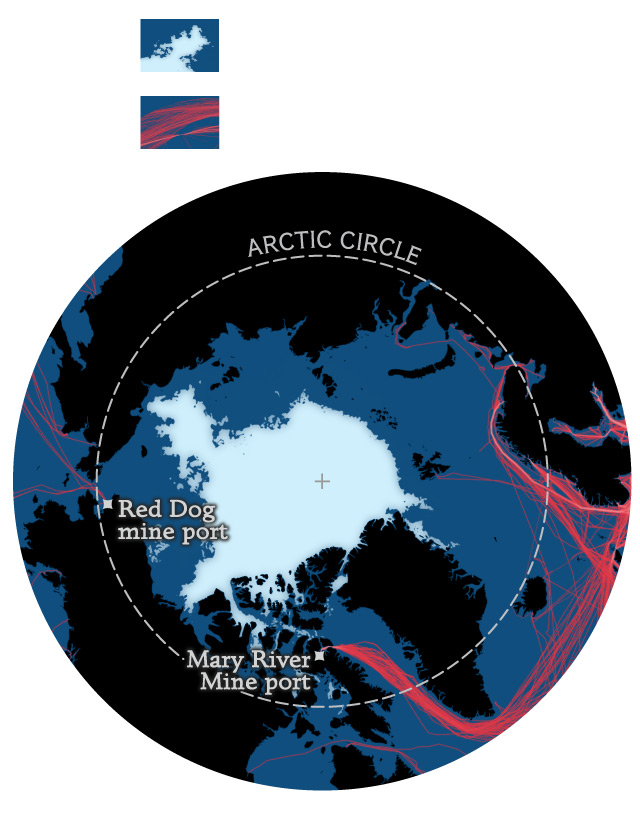 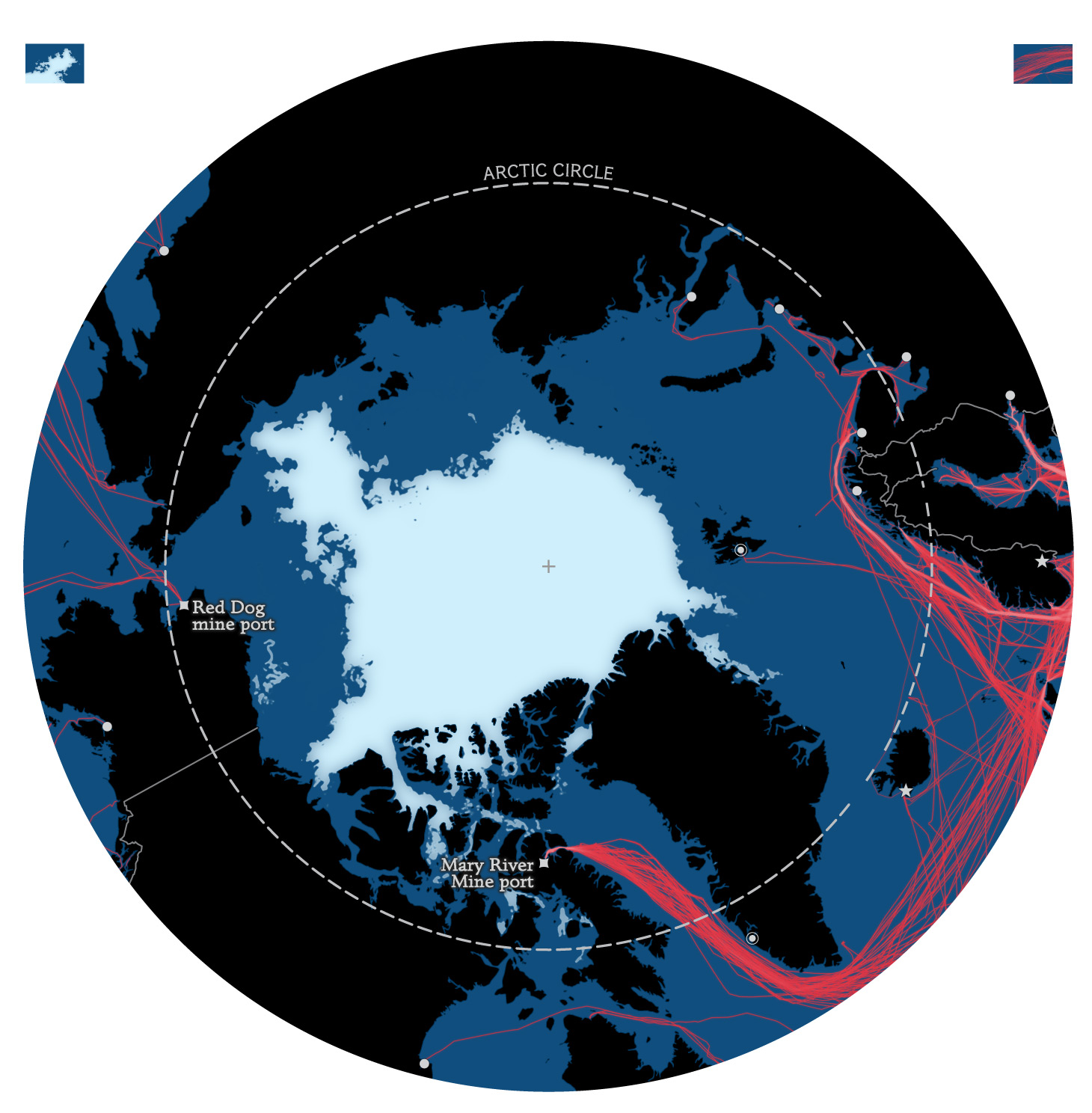 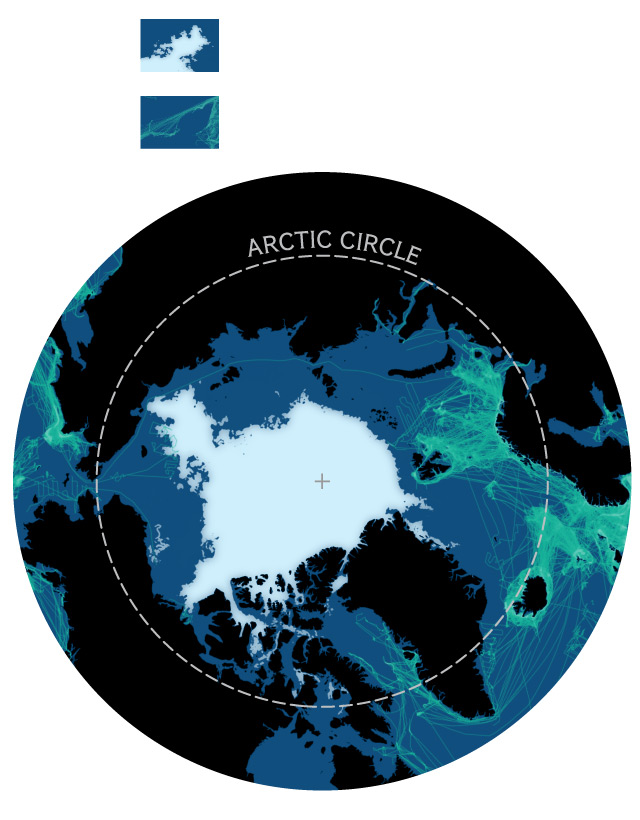 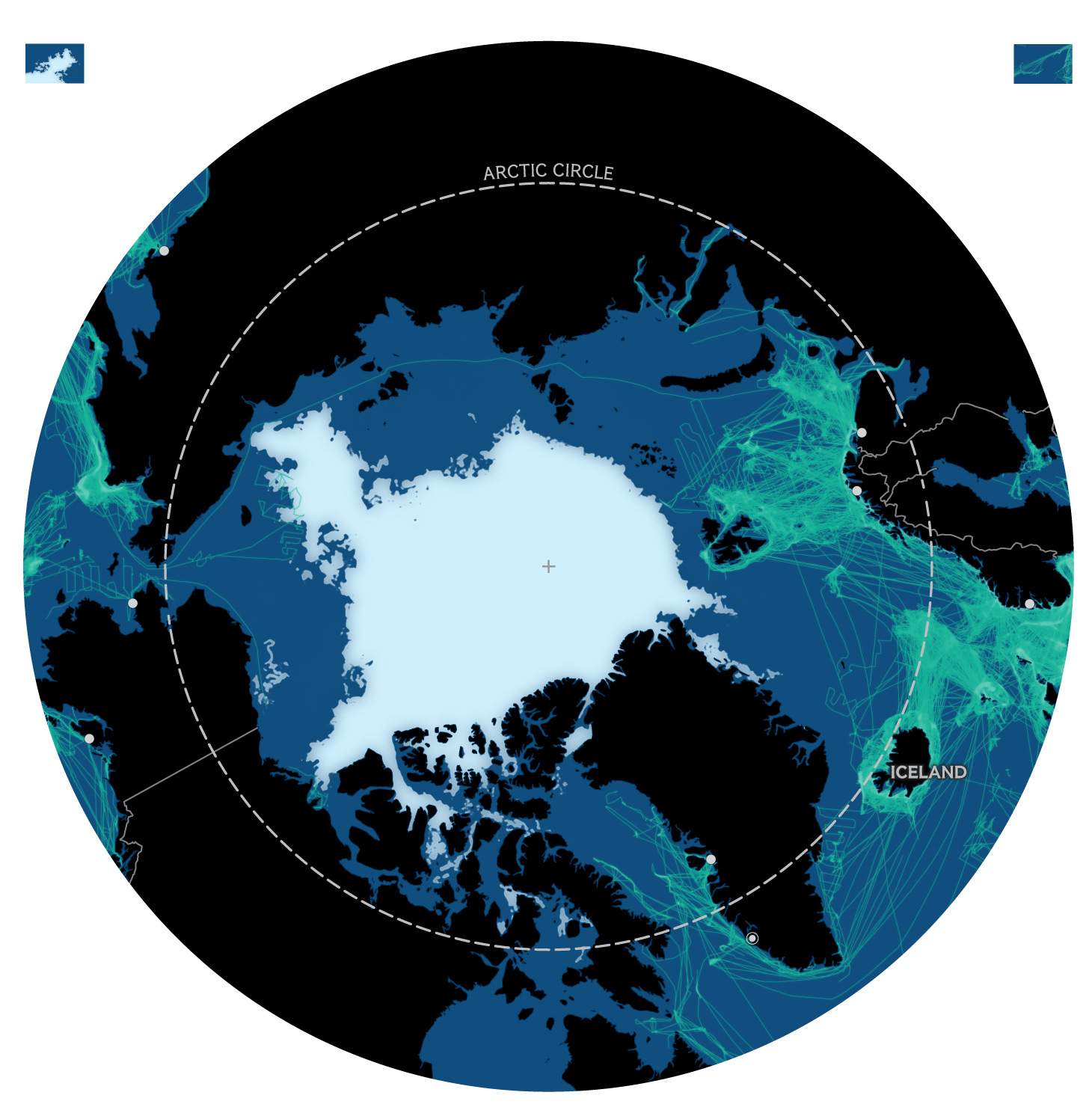