Capturing a three-dimensional image of an animal is tricky. “If it blinks or breathes or twitches its leg, you have to start over,” says Duncan Irschick.

The University of Massachusetts biologist was lucky with a cane toad he encountered in the Philippines: It didn’t stray from its leaf while he took some 30 shots, from all angles, with a handheld camera—enough to stitch together the 3-D version of the image above.

Now Irschick uses a technology called the Beastcam, a portable and adaptable multi-camera setup similar to what videogame designers use to create lifelike images of humans. The cameras, arrayed around the animal, capture images simultaneously—insurance against fidgets. “Not a lot of people have tried this in the animal world,” says colleague Christine Shepard, a photographer. 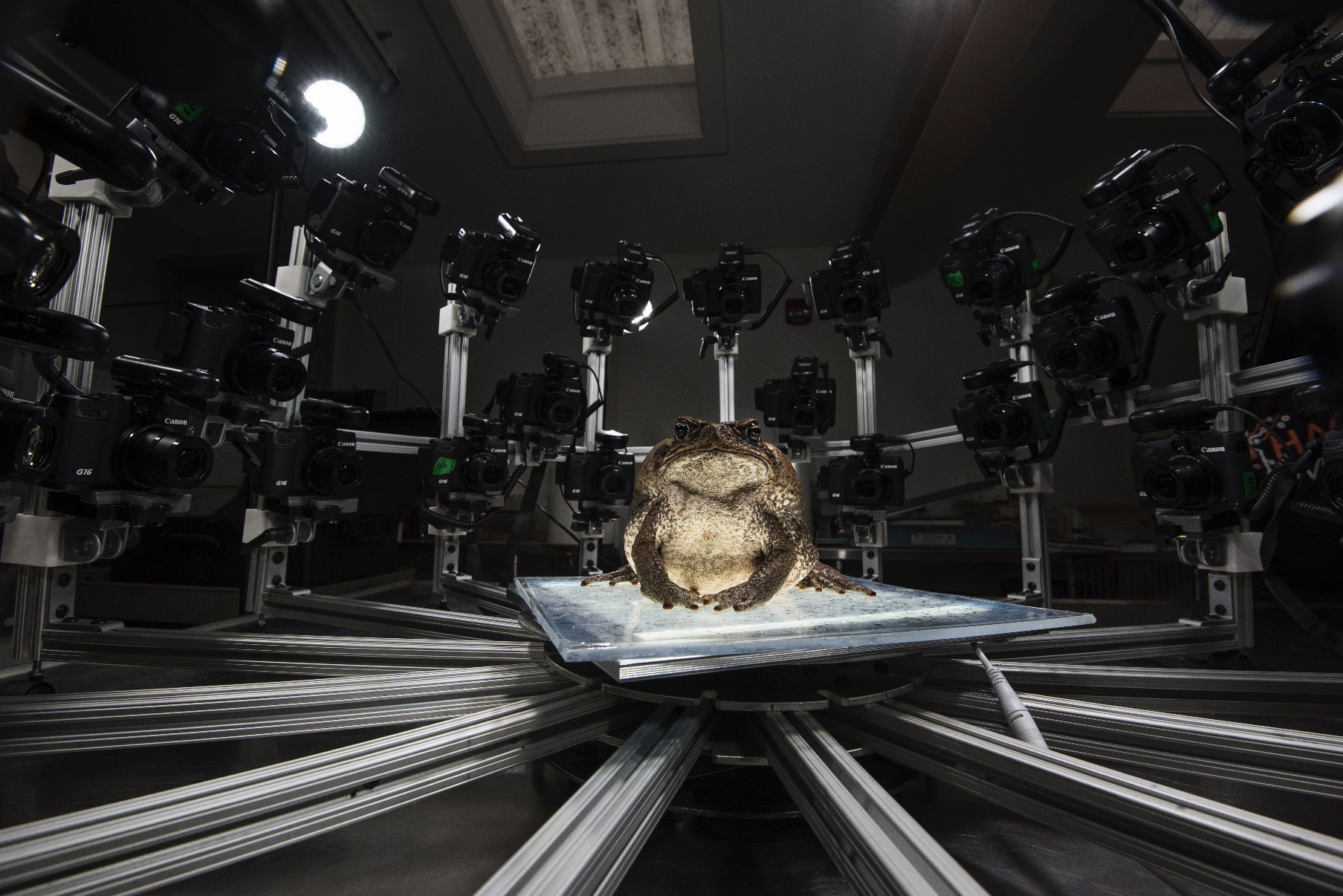 HOW IT WORKS An animal is placed on the platform. Beastcams can photograph creatures as small as an inch or as long as eight feet. A wireless trigger allows multiple cameras—30 for the cane toad above—to shoot at once. “We can collect literally hundreds of animal models in a day,” says Irschick. Software weaves the photos together into a 3-D model so realistic that it's possible, says Shepard, "to look at an animal up close and really investigate it."

Irschick and Shepard employ the Beastcam for an ambitious project called Digital Life, which aims “to create accurate high-resolution models of life on Earth,” says Irschick.

The digital models—such as the one below of the tokay gecko—give the public the chance to examine animals up close. They also serve scientific purposes: Researchers can use them to collect measurements more accurately than is possible in real life. Beastcams also allow specimens to be collected digitally from countries that forbid physical exports. The long-term goal for Digital Life is to capture “everything,” says Irschick. “But that’s going to take several lifetimes.”