Plastic Recycling Is Broken. Here's How to Fix It.

In 2016, China imported two-thirds of the world’s plastic waste. So when China stopped buying the world’s discarded plastics, it threw markets into turmoil. But it also created opportunity.

Note: China figures include data for Hong Kong and Macao.

By Laura Parker and Kennedy Elliott

For more than 25 years, rich countries shipped their plastic trash to poorer Asian countries, many of them developing nations lacking the capacity to manage such waste.

China alone took in the lion’s share—45 percent of the world’s plastic waste imports. Then at the start of this year, it refused to take more, citing local environmental concerns. China’s move threw the recycling industry into turmoil as nations scrambled to find new buyers.

China’s withdrawal as the world’s repository for plastic waste also laid bare the notion that all that disposable plastic you conscientiously put into your taxpayer-financed recycling bin was actually being recycled. It was cheaper to crush unwanted plastic into bales and send it across oceans than to transport it at home by rail or truck. Now, with China’s door closed, much of that recycled plastic is likely ending up at your local landfill. China’s new policy could displace as much as 111 million metric tons of plastic waste by 2030.

Note: Does not include imports for Hong Kong and Macao.

That depressing statistic is a key finding in a new study, published Wednesday in Science Advances, that assesses the impact of globe-trotting plastic trash and what the future of recycling might look like now that China has redrawn the map. The study’s authors also call for wealthier nations that exported plastic trash to remake and expand recycling markets at home and face up to the fact that present plastic recycling methods are unsustainable, given the amount of plastic waste that is generated yearly.

“I think it is probably going to be harder before it gets easier,” says Jenna Jambeck, a University of Georgia engineering professor and National Geographic Explorer who is the co-author of the new study. “It just takes time. It will take time to develop and expand domestic systems and markets and to change product design.”

Jambeck adds: “The recycling system in the United States especially has been challenging, and in general, less economically viable for some time.” (Learn more about the plastic pollution crisis.)

Recycling of plastic has always painted a complicated and uninspired picture. It is a challenge to recycle, thanks to the variety of additives and blends used to manufacture what the study’s authors describe as a “multitude of products.” Only nine percent of the plastic produced globally is recycled. The remainder ends up in landfills, incinerators, or floating free and polluting the environment. Since 1992, as wealthier nations shipped recycled plastic to China and other developing Asian nations, this new export-import industry of plastic trash grew by 800 percent. 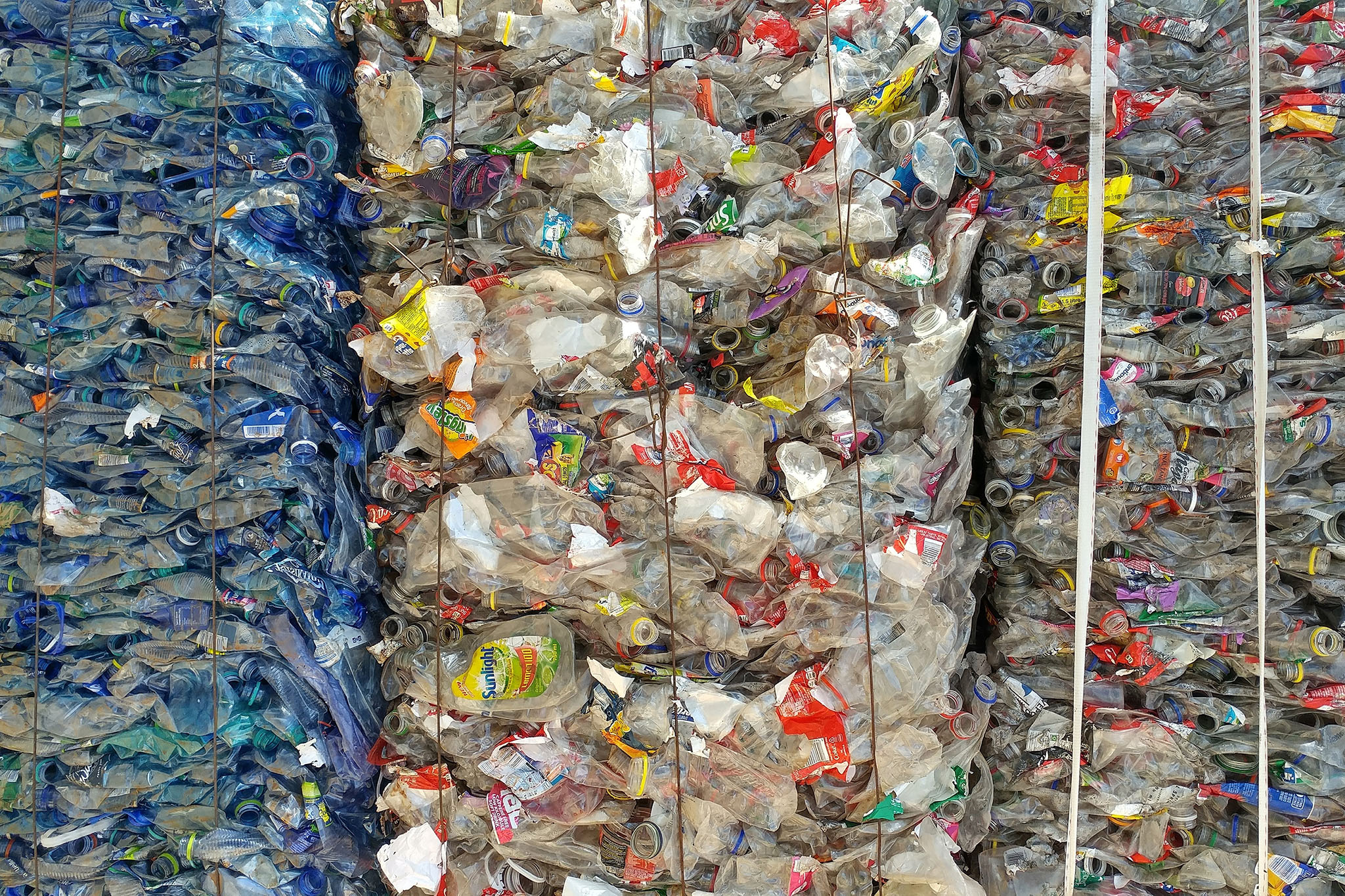 Here, plastic is baled for recycling. Much of this material had been shipped to China in recent years, before a recent crackdown. Photograph by Jenna Jambeck, University of Georgia.

Imports of plastic trash are on the rise in Vietnam, Indonesia, Malaysia, and Thailand. But none of those nations have China’s purchasing capacity, says Ted Siegler, a Vermont resource economist who specializes in helping developing nations build garbage collection systems but was not involved with the new study.

“Trash will not pile up in streets, but recycling will be reduced and there will be more pressure on U.S. companies to buy more recycled plastic for their products,” says Siegler. 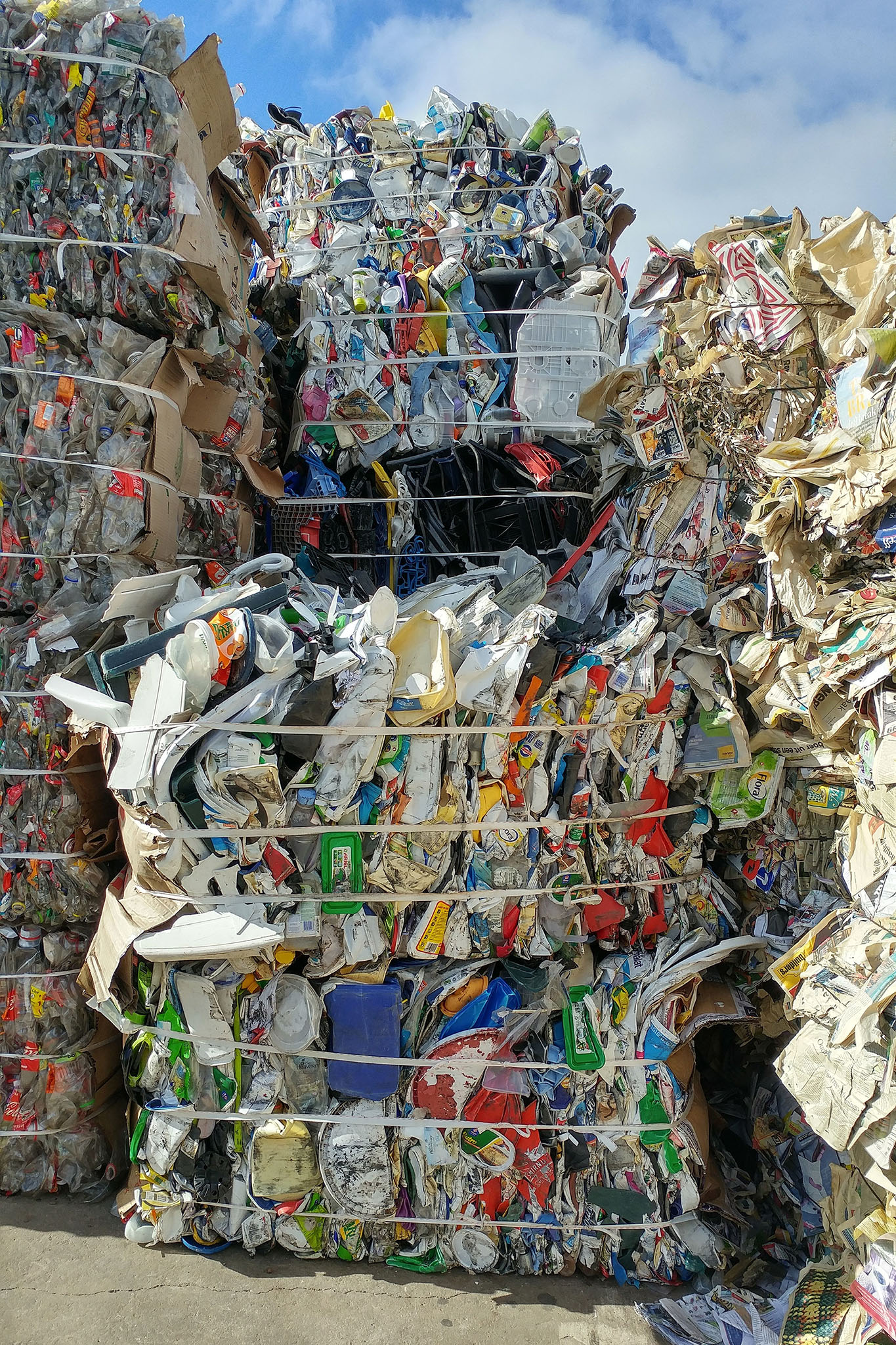 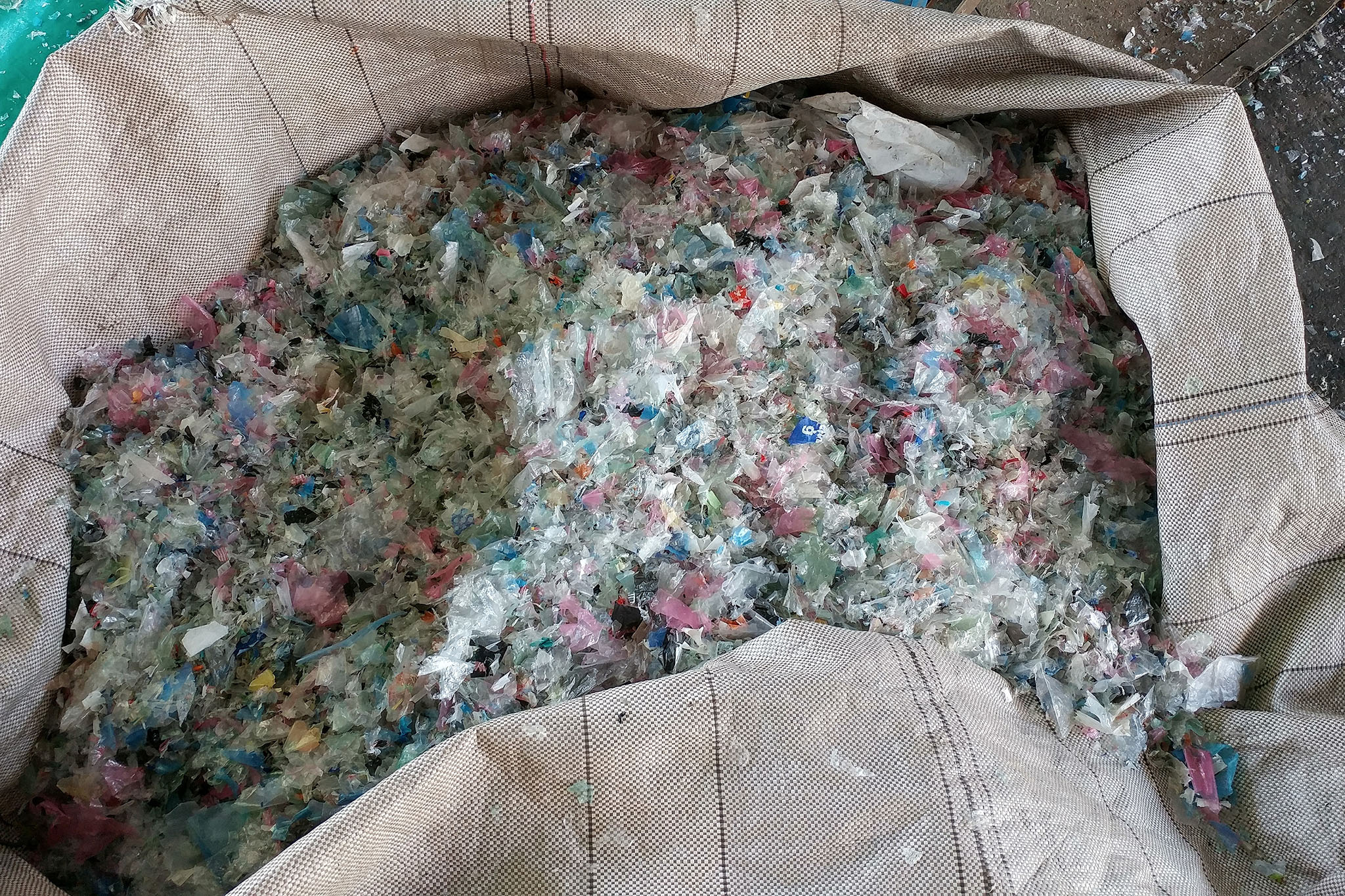 Plastic recycling has seen ups and downs as a business. In the next stage of plastic recycling, material is often shredded. Photograph by Jenna Jambeck, University of Georgia.

Many cities across the U.S. have been sending their once-exportable plastics to landfills, while others are still finding markets for their recycled plastics, though less lucrative ones. Recycling fees are rising. The website Wastedive, which tracks the waste industry, has compiled a 50-state list of how China’s ban has affected the country.

In 2015, Jambeck published the first comprehensive global count of plastic trash, which concluded between four and 12 million metric tons of plastic slips off the coastlines and into the oceans every year. This new study, which she co-authored with Amy Brooks, a University of Georgia doctoral student, suggests that China’s action may force the world to come up with “bold global ideas and actions” to more realistically dispose of a material that has accumulated more waste than any other material.

“The historic growth in production has outpaced almost all other manufactured materials,” the authors write, adding: “While the use of plastic has expanded quickly, little thought has been given to the impact of this growing use on solid waste management systems, which have had to react to the influx of new and variable materials entering the solid waste stream.” (Read: 10 shocking facts about plastic.)

How did China end up as the world’s largest buyer of plastic trash? In the 1990s, as China moved to become the world’s leading manufacturer, it began buying recycled plastics from the United States, Europe, Japan, and other nations. It developed the ability to process that material into goods. But much of that waste was low quality and added to China’s mounting health and environmental problems.

Exports of plastic waste have increased sixfold in twenty years

Additionally, China remains without fully developed waste management systems, the study concludes. An estimated 1.3-to-3.5 million metric tons enters the oceans from China’s coastline. Between 2010 and 2016, imported plastic waste to China added an additional 10 to 13 percent to the country’s domestic waste, increasing China’s difficulties in managing its garbage.

As China moved to address its growing environmental problems, it announced last year it would stop buying 24 types of waste, including recycled plastics.

The study’s authors see China’s shift as an “opportunity” for other nations to create better recycling systems at home. In the United States, for example, the introduction of “single-stream” recycling, which co-mingles paper, metal, glass, and plastics together—to be sorted by a recycling facility—led to more recyclables that are less pure, and less valuable.

“Single-stream recycling gave us more quantity, but less quality and has made recycling operations, in general, less economically viable, for some time,” Jambeck says.

Those complications should not discourage the recycling industry from retooling, Jambeck says. Redesign of plastic products that takes into account what happens to those products at the end of their life will also go a long way toward improving recycling. Failure to create effective domestic recycling programs only enhances motivation to use less plastic overall.

The Basel Convention, the international treaty that controls movement of hazardous wastes and their disposal, could come into play. “If plastic waste were characterized as waste requiring special consideration, then export could potentially be regulated,” Jambeck and Brooks say. They also suggest importers could tax plastic waste, to create enough funding to construct solid waste management infrastructure to handle it.

They conclude with a somber warning: “Where will the plastic waste go now? Without bold new ideas and management strategies, current recycling rates will no longer be met, and ambitious goals and timelines for future recycling growth will be insurmountable.”