Many have died attempting to ski the world's second tallest mountain. See how National Geographic Adventurer of the Year Andrzej Bargiel made history.

Many have died attempting to ski the world's second tallest mountain. See how National Geographic Adventurer of the Year Andrzej Bargiel made history.

Editor's Note: This week we are celebrating our 2019 Adventurers of the Year. To do that, each day we will reveal a new honoree. Come back every day to discover the stories of six people who pushed adventure further to redefine what's possible. Read about Tuesday's honoree here.

Deep in the frozen fastness of the Karakoram range, on the remote border of Pakistan and China, a deadly granite pyramid rises to 28,251 feet—K2, the second highest mountain on Earth. Though 779 feet lower than Everest, K2 is steeper, colder, more remote, and vastly more dangerous. Grim numbers tell the story: For every four people who reach the summit, one dies. American George Bell gave the peak its enduring nickname in 1953 when he returned from a failed summit attempt and said, “It’s a savage mountain that wants to kill you.” 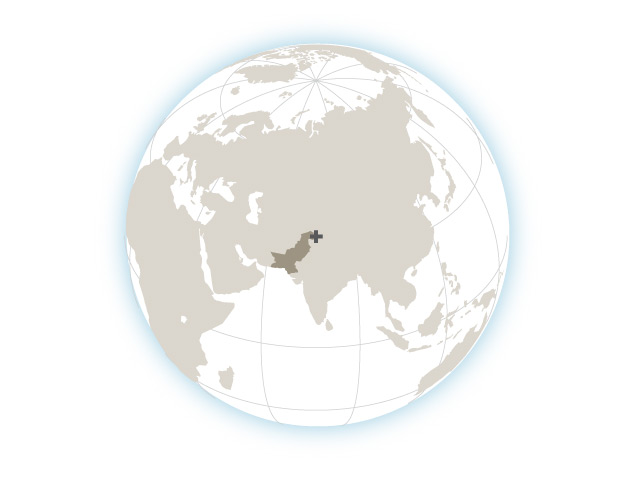 With its ice-enameled cliffs, hanging glaciers, sudden avalanches, addling lack of oxygen, lethal cold, and frequent hurricane-force storms, it would be difficult to find a more perilous place to ski. Yet for the past 25 years, elite skiers have been attempting a first complete descent, often with macabre results. Hans Kammerlander, the first person to ski from the summit of Everest, abandoned his attempt in 2004 after watching a climber plummet past him to oblivion. A slip cost Michele Fait his life on a training run on K2’s lower slopes in 2009. His partner at the time, Fredrik Eriksson, who watched his friend slide into the distance down a snow-covered face and off a cliff, returned the following year and was only 400 meters from the summit when he, too, fell to his death.

“There’s a reason it’s never been done before,” says Chris Davenport, two-time World Extreme Skiing champion and previous National Geographic Adventurer of the Year honoree. “Some of the best ski mountaineers in the world have died on K2.”

Meanwhile, ambitious young Polish ski mountaineer Andrzej Bargiel, 30, was beginning to ski 8,000-meter peaks, starting with Shishapangma, the world’s 14th highest mountain, in 2013, and Manaslu, the eighth highest, in 2014. It was in 2015 while notching a first descent of 26,401-foot Broad Peak, across the Godwin-Austen Glacier from K2, that he got his first clear look at the massive, vaulting face of the Savage Mountain.

“I couldn’t have chosen a better place to behold it...from the vantage point of 8,000 meters,” Bargiel says. “It inspired me—I imagined it to be feasible.”

In other words, he saw a line.

In 2017, Bargiel announced his intention to ski K2. Davo Karničar, the veteran Slovene extreme skier who in 2000 became first person to ski Everest top to bottom, announced his plans to do the same. In 1993, Karničar had been the first to attempt skiing K2 but abandoned the effort after wind lifted his unanchored skis off the mountain at 25,900 feet. It could have been worse—gale-force winds have blown entire climbing parties off the mountain.

Neither skier achieved their goal that summer, which was no surprise. Years can go by where conditions are so dangerous on K2 that no one is able to climb to the summit. But Bargiel, aided in part by a drone operated by his brother, Bartek, conducted valuable reconnaissance and climbed half of his planned route, digging snow caves for shelter from high-altitude storms. By studying how the snow and hanging glaciers responded to temperature changes throughout the day, he gained a critical understanding of the timing and positioning needed to navigate the mountain and the enormous seracs—large, unstable blocks of ice, that litter its slopes. In 2008, 11 climbers died on K2 from a single falling serac.

“I’ve talked with mountaineers and guides who’ve been on K2 that said, ‘No way, it’s just not possible,’” Davenport says.

Bargiel returned undaunted in 2018, making the 70-mile trek from the nearest village to base camp to await a weather window that would allow an attempt. Fortunately, it was a good year for climbing K2. Bargiel set out for the summit on July 19, notably without oxygen. Four days of climbing later, on July 22, at 11:28 a.m., he found himself standing atop the world’s second highest mountain, alone with his skis.

He unstrapped the skis from his pack, careful they didn’t blow away. Their topsheets held the initials of his parents, three sisters, and seven brothers, but there was no time for sentiment now. He clicked in and began to delicately slide down the super-steep 50- to 55-degree ice slopes off the summit. Bargiel admits to being afraid during preparations, but during the descent itself, “All those fears disappeared—I was internally calm and fully concentrated.”

This level of steely focus is essential when skiing on the razor’s edge. “If you fall, you’re going to die,” says Dave Watson, an American who came closest to skiing K2 in 2009, his second attempt, when he was turned back at 27,400 feet by unstable, chest-deep snow. “They won’t even find your body.”

After successfully picking his way down to 25,225 feet, pausing to gain control of his breath after nearly every turn in oxygen-starved air, a critical moment arrived for Bargiel. Here he planned to veer away from the camps, fixed ropes, and other humans on the main climbing route. Unlike others who’d attempted to ski K2, Bargiel did not intend to ski down a single climbing route. Instead, he’d plotted a creative line that linked four separate climbing routes via dicey traverses.

At first, heavy fog from an enveloping cloud halted Bargiel’s progress. Without visibility it would be impossible to navigate the many cliffs, seracs, and hanging glaciers below. He could choose the safer, though still life-threatening, Abruzzi Route, as Watson had, but a 2,000-foot rappel over a cliff known as the Black Pyramid meant it wouldn’t count as a true ski descent. After waiting a tense hour-and-a-half, the fog cleared just enough. Bargiel dropped into the no man’s land of K2’s treacherous south face and headed for his place in the record books.

That night around 7 p.m, after seven hours and 11,800 vertical feet of life-in-the-balance skiing, Bargiel skied onto the Godwin-Austen Glacier at the foot of K2 to complete one of the boldest ski descents in history. For an hour-and-a-half, he simply lay in the snow, emotionally and physically exhausted.

“At the bottom, I was as happy as a child...I felt great relief and joy,” says Bargiel. “I was glad and proud...that I hadn’t allowed myself to lose control over things. I had my moments of doubt earlier...but there, at the bottom, I felt it all made sense and that all my presumptions turned out right.”

Poland has a history of producing trailblazing mountaineers and while the accomplishment of skiing down K2 may be hard for some to truly grasp, Bargiel’s feat drew cheers from across Polish society, including public praise from members of parliament, prominent journalists, former Olympic skiers, and even the president of the Polish champion soccer club.

Watson, perhaps the person who understands most intimately, puts Bargiel’s achievement in perspective: “He climbed to the bottom of space, the stratosphere basically, without oxygen, and skied down. By himself. This is on the same level of human achievement as Alex Honnold climbing El Capitan without a rope.”

“Nothing of this magnitude and commitment level and difficulty has ever been done,” adds Davenport. “Now K2 has been skied.”