How these mysterious fireflies synchronize their dazzling light shows

Rare footage shows a newly described Mexican firefly species flicker in unison. How do the insects coordinate their bioluminescent displays?

Every year, hundreds of thousands of fireflies begin their mating dance in the pine forests of Mexico.

How these mysterious fireflies synchronize their dazzling light shows

Rare footage shows a newly described Mexican firefly species flicker in unison. How do the insects coordinate their bioluminescent displays?

Every year, hundreds of thousands of fireflies begin their mating dance in the pine forests of Mexico.
4 Minute Read
By Douglas Main

Every summer outside the tiny Mexican town of Nanacamilpa, a unique type of firefly puts on one of nature’s most incredible light shows.

These insects are one of the dozen or so species of firefly that signal in a synchronized fashion. The males, taking to the air to woo females, flash a sparkling yellow that undulates like waves through the dark forest.

The species, Macrolampis palaciosi, was first described only seven years ago, and very little is known about its biology. 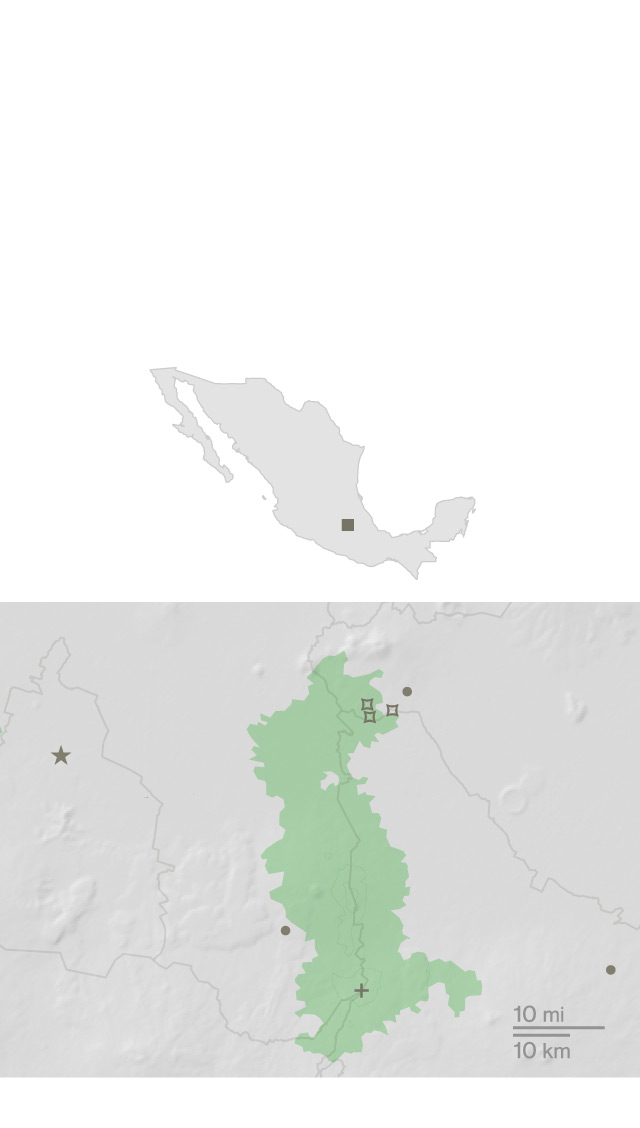 Within the last few years, Nanacamilpa has become a hot spot for firefly tourism. The insects are helping to spur economic growth in this chronically poor region, but little is known about these fireflies and the impacts tourism will have.

Throngs of tourists flock here in June and July to east-central Mexico’s Tlaxcala state to see the creatures. After reading a National Geographic story on the fireflies and their role in promoting local tourism in 2017, filmmaker Blake Congdon decided to travel to the area to film it himself.

It took a month for the perfect set of conditions to coincide: a rainy day—with a break in the early evening—on a moonless night, neither too warm nor too cold. And then the magic happened.

“I was blown away,” Congdon says. The display was even more incredible than those put on by other synchronous fireflies in the Smoky Mountains and Congaree national parks, he adds.

“It makes you wonder, why these animals are doing this? To me this is the beauty, this unexplained, rare phenomenon.”

Indeed, many researchers ponder the same thing—how do synchronous fireflies put on their bioluminescent displays, and why?

As for how, work in Thailand by researchers John and Elisabeth Buck dating back to the 1960s suggests that synchronous fireflies get in sync by slightly adjusting the timing of their light cycles based on nearby flashes. And these can be altered by the presence of other fireflies, or even artificial light inputs.

These slight tweaks, by individuals over time, gradually lead them all to synchronize, explains Steven Strogatz, a mathematician who specializes in synchrony and its manifestations throughout the natural world. (Read more about how fireflies glow.)

Indeed, a 1990 paper by Strogatz and a colleague showed that flashing fireflies can act like “coupled oscillators,” whereby these slight adjustments by individuals cause the group to “self-organize into synchrony.” The same general principle is at play in, say, the the human heart’s pacemaker cells, which must fire as one entity.

But that leaves many questions unanswered. Among them: If males want to stand out, then why signal in a synchronized fashion?

Sara Lewis, a firefly researcher at Tufts University, says synchrony could (ironically) evolve as an accidental byproduct of males attempting to compete for females’ attention.

In some insects and amphibians that chirp or croak within a few seconds of each other, in a seemingly synchronized fashion, males that signal first tend to be more attractive to females, some research has shown.

Andrew Moiseff, a neurobiologist also at UConn, suggests that synchrony may make communication easier. Firefly flashes are species-specific, he explains, and it may be that in places with multiple types of fireflies, these coordinated flashes help members of the same group find each other.

The intermittent pauses of darkness may also help males to see females, he adds.

None of this answers the question, however, as to how males stand out. “There’s no individuality there,” Moiseff says.

When a female signals to a male, it seems impossible for her to be able to send her message to only one individual, he adds. So there’s likely some kind of communication and courtship behavior involved after multiple males approached a female, but these remain unknown, he says.

Indeed, in the case of the Nanacamilpa fireflies, females glow softly on the ground while the males synchronously flash. (Read more about how bioluminescence works.)

Each female is often then mobbed by many males, which can form thriving masses, explains Tania López Palafox, a doctoral student at the National Autonomous University of Mexico who studies the insects.

This habit also makes them vulnerable to the growing tide of tourism. Walking in these forests can kill females, López says, but also compacts the earth, where the fireflies live as larvae for many months eating soft-bodied animals like worms and snails before emerging adults.

Along with Mexico, synchronous fireflies have become big tourist draws in places including the U.S., Thailand, Taiwan, and other spots in Southeast Asia.

This can be a net positive if managed correctly, Lewis says, but a real danger if not. In Nanacamilpa, firefly populations have declined in the last decade López says, and many say that more regulations are needed.

Ideally, boardwalks could be built in the area, to prevent people from trampling females and minimizing the impact, Lewis says. (Some firefly-viewing sites in Taiwan have taken this tact.) It’s also vital for people to not use or minimize artificial lights and avoid bug spray, as these can harm the fireflies during their brief opportunity to find mates and reproduce.

Anthropogenic light is a primary threat to all fireflies, as it can prevent and disrupt their ability to communicate and mate. For that reason, Congdon cautions others not to use lights around the insects, as was done in the video. He felt that it was necessary to have a subject with a dim light in this case to provide scale and context to the viewer.

“I did film without a subject for the first two weeks, but it didn’t work,” he says. “My whole goal is to give them a little more exposure,” he says, which may hopefully prompt more protections for the animals.

Lewis views the video as “an opportunity to highlight the threats to fireflies."

But the beauty of their displays speaks for itself. "There is something that is sort of primally attractive in synchrony," she says. "It's almost like a religious experience for people."