U.S. demand for pets and skins threatens some African animals

A new report highlights some of the animals most commonly exported from Africa, including ball pythons, emperor scorpions, and elephants.

Many of Africa’s most exported animals end up in the United States, according to a new report by World Animal Protection (WAP), an international nonprofit that promotes animal welfare. The report, shared early exclusively with National Geographic, focuses on legal gross exports from Africa of both live animals and skins of animals that are listed on the Convention on International Trade of Endangered Species of Wild Fauna and Flora (CITES), a global treaty that regulates the wildlife trade.

The ball python is legally exported from Africa more than any other species listed by CITES, which monitors wildlife trade. The snake’s popularity as an exotic pet drives demand, especially from the U.S. 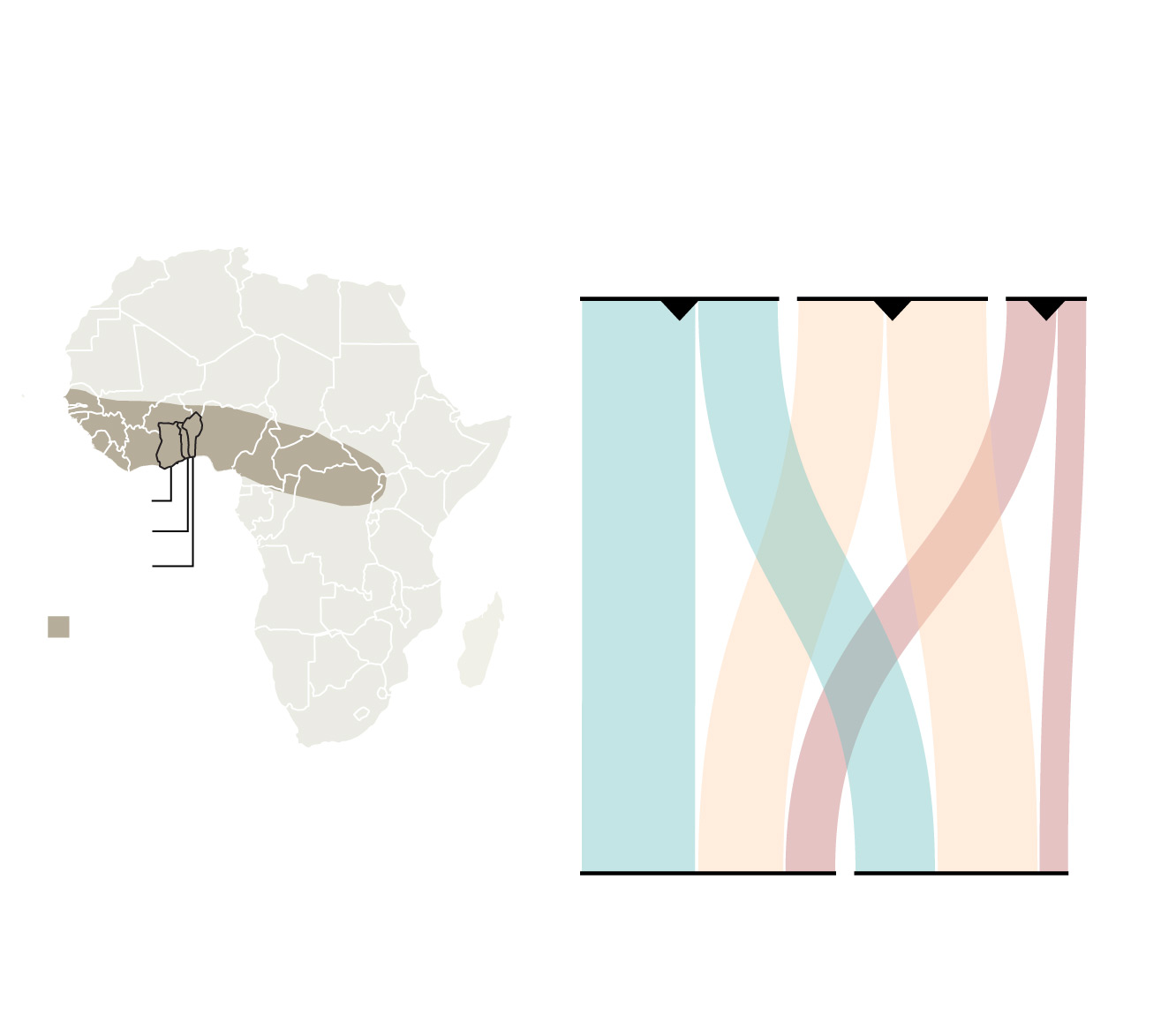 The ball python is legally exported from Africa more than any other species listed by CITES, which monitors wildlife trade. The snake’s popularity as an exotic pet drives demand, especially from the U.S.

Between 2011 and 2015, WAP found, hundreds of thousands of these animals were exported every year. More than half the ball pythons, emperor scorpions, and savanna monitor lizards were destined for the U.S., which is the largest consumer of live wildlife globally and imports millions of animals a year, mostly for the pet trade. None of these three species is considered threatened, but all are listed by CITES. For species like these, export is permitted only if the animal is obtained legally and if its trade won’t hurt the species’ chance of survival.

The Nile crocodile, Cape fur seal, Hartmann’s mountain zebra, elephant, and hippopotamus were the five animals most frequently exported as skins—used to make everything from handbags to rugs.

A significant portion of the larger animals’ skins (more than 40 percent of elephants and 16 percent of Hartmann’s mountain zebra) were imported to the U.S. between 2011 and 2015. But a more common destination was Asia, which received more than 60 percent of Africa’s Nile crocodile skin exports. Hong Kong alone received more than half the hippopotamus skins. Nearly 70 percent of Cape fur seal skins went to Turkey.

Many of these animals are being driven to extinction, even though both exotic pets and skins are "completely luxury purchases,” says Neil D’Cruze, WAP’s head of wildlife research and animal welfare, who contributed to the report.

African elephants, hippopotamuses, and Hartmann's mountain zebras are all considered vulnerable to extinction by the International Union for Conservation of Nature, the global authority on the conservation status of wild animals and plants.

Just because trade is legal, that doesn’t make it humane, WAP says: “These are wild animals, not factory-produced goods.” The report accounts for conditions in which animals are transported. Ball pythons, for example, are shipped in cramped, stress-inducing crates, and emperor scorpions are held in small plastic containers until they’re sold to pet owners who likely aren’t equipped to provide them with the hot, humid environment they need. Savanna monitor lizards are often sourced from captive breeding facilities, which can be opaque when it comes to animal welfare, WAP says.

Mortality in the global wildlife trade is high, threatening biodiversity. The sheer volume of animals the U.S. imports implies that animals are expendable, says Delcianna Winders, director of the animal law litigation clinic at Lewis & Clark Law School in Portland, Oregon. “We’re importing millions of live, wild animals into this country every year,” she says. “It’s basically an assumption that you’re going to lose some.”

“The best we’ve got”

For their analysis, WAP scoured the database that records the trade details of millions of species listed under the Convention on International Trade in Endangered Species of Wild Fauna and Flora (CITES), the international agreement that regulates the trade of wildlife and wildlife products.

Critics say the CITES Trade Database is flawed—the numbers from exporting and importing countries often don’t match up, some animals may be reported twice, there can be a delay in entering data, and human error can lead to incorrect entries and species misidentification.

D’Cruze says they had to work with the available information. “Nothing else like this exists,” he says of the database, “so it’s the best we’ve got.” What’s more, he adds, since the database tracks only species listed under CITES, this information represents the “tip of the iceberg” when it comes to the global wildlife trade.

D’Cruze says WAP’s findings highlight the hidden costs of the wildlife trade—including problems of animal welfare and long-term sustainability of populations. The information should encourage buyers to think about their role in the legal wildlife trade. “It shouldn’t just be Africa’s responsibility," he says. "I think we need to start looking at the role that we play as consumers.”

In addition, he says, the findings underscore the importance of acting now, especially given the recent UN report that listed direct exploitation of organisms as the second most significant cause of change in nature, after shifts in land and sea use. “It might be 30 years from now that you see that…trade was unsustainable,” D’Cruze says. “It really feels like it’s a bit of a turning point.”

At the present rate, Kabesiime says, the African wildlife trade isn’t sustainable, and continuing to export so many animals is like pouring water in a bottomless jug. “The entire world needs to look at wildlife as wildlife,” she says, “not as manufactured goods which you just walk into a shop and buy.”

People in Africa rely on wildlife for their livelihoods, and that needs to change. “A lot of education is needed to kind of tell people, look here, there are livelihood alternatives that do not have to depend on wildlife,” she says. “Africa’s biodiversity is at stake.”

Editor's note: This story has been updated to make clearer that the report refers only to CITES-listed species.