The blind, hairless baby born in Washington, D.C., is extremely fragile and completely dependent on her mother.

Washington’s 22-year-old female panda, Mei Xiang, has given birth to a cub, Smithsonian’s National Zoo announced Friday evening. The cub, whose sex is yet unknown, was born at 6:35 p.m., and the zoo says she’s caring for it attentively. It may be several days before keepers can retrieve the cub to perform a neonatal exam. In the meantime, they'll be monitoring the mother and baby 24/7. (You can watch Mei Xiang and her cub on the zoo’s panda cams.)

“Giant pandas are an international symbol of endangered wildlife and hope, and with the birth of this precious cub we are thrilled to offer the world a much-needed moment of pure joy,” said Steve Monfort, the zoo’s director, in a statement.

Tiny, blind panda newborns are notoriously fragile, and the cub’s survival is far from assured. Nonetheless, the birth brings an end to an anxious wait that began in March with artificial insemination.

There are four challenges that young pandas must overcome:

1. Cubs are very needy and vulnerable at birth.

At three to five ounces at birth, the giant panda is 1/900th the size of its mother—one of the smallest mammal newborns relative to its mother’s size, trumped only by marsupials.

Unable to crawl or see for about two months, the infant is reliant on the mother’s warmth, milk, and protection.

Since captive panda breeding began in the 1980s, knowledge of panda behavior and nutrition, and technology to monitor them, has increased so much that “almost all pandas born in captivity survive,” Marc Brody, founder and president of Panda Mountain, a nonprofit group that works to conserve and restore panda habitat in China's Wolong Nature Reserve, told National Geographic in 2015. (Read more about reintroducing pandas to the wild in China.)

Even so, tragedies happen. Mei’s second cub, a female, was born in September 2012, but died a week later of lung and liver damage, according to the zoo. Poorly developed lungs likely prevented the cub from getting enough oxygen.

And in 2013, Mei delivered a stillborn twin—a very rare event.

Giant pandas commonly give birth to twins. In the wild, if a panda has twins, “the natural instinct of the mother is to choose the stronger of the two pandas and abandon one,” Brody said.

But zoos have developed a way to get around that: They rotate the twins between mom and the incubator every few hours. 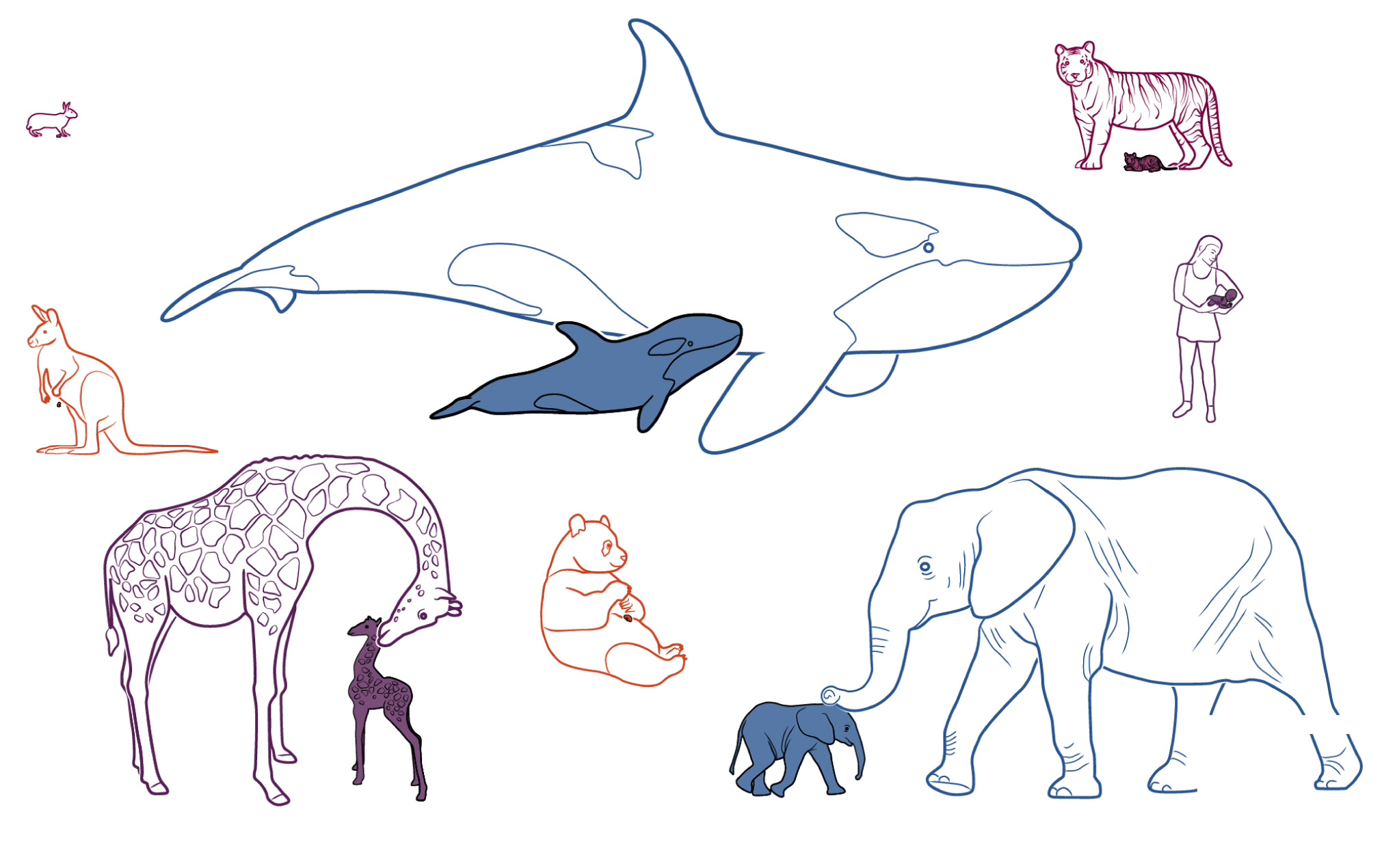 Easier said than done, though: When Mei Xiang gave birth to twins in 2015, the National Zoo’s panda team reported some difficulties with the swaps at first.

When the team tried to switch the cubs late one night at 11 p.m., Mei Xiang wouldn’t set down the cub she had in her possession. “Consequently, the team cared for the smaller cub until 7:05 a.m., when they successfully swapped the cubs,” a zoo statement said at the time.

When it works, this strategy means that each baby will get enough time with its mother to be fed by her. If necessary, her milk will be supplemented with a mixture of infant formula, puppy food, and water. The procedure has worked many times in China, zoo officials said.

The tiny pandas are especially vulnerable in the face of the mother's 200-pound frame. In 2006, a giant panda in China accidentally killed her newborn as it nursed.

By watching the zoo's panda cams 24/7, zoo staff will keep a careful eye on the cub to make sure mom doesn’t accidentally harm it.

Captive-breeding facilities have highly sensitive recording microphones, so if they hear anything awry, they will intervene.

Zoo vets also make sure the baby’s eating well and getting enough milk. Panda cubs may nurse for eight to nine months. As the infant gets older, the vets may give it supplemental food if it’s growing too slowly.

“A big part of science is observation,” he said, and zoo staff has learned a tremendous amount by watching how panda mothers care for their babies.

For instance, scientists have learned that mother pandas lick their babies’ bellies to help them excrete waste, since the young pandas’ muscles are too weak to do it themselves.

“They discovered it was really important to help the pandas excrete waste, and there’s now a technique where they've learned how to assist a baby,” he said.

4. They don’t have enough habitat.

Though giant pandas may be thriving in captivity, it’s a bleaker picture in the wild. Possibly as few as 1,600 giant pandas still roam the mountainous forests of central China, largely due to the fragmentation of their habitat by human development. (Read more: Is breeding pandas in captivity worth it?”)

“Just as good science has led to breakthroughs in the breeding and care of captive pandas, we now have sound scientific research that shows the restoration of forest habitat is achievable,” he said.

To that end, there are efforts underway to grow native plants and trees in the Wolong Nature Reserve to restore forests and panda habitat for the future. Efforts to create a new national park for pandas are underway, with the goal of linking multiple existing panda reserves and protected areas.

Rachael Bale contributed to this story, which is adapted from one that published in August 2013.