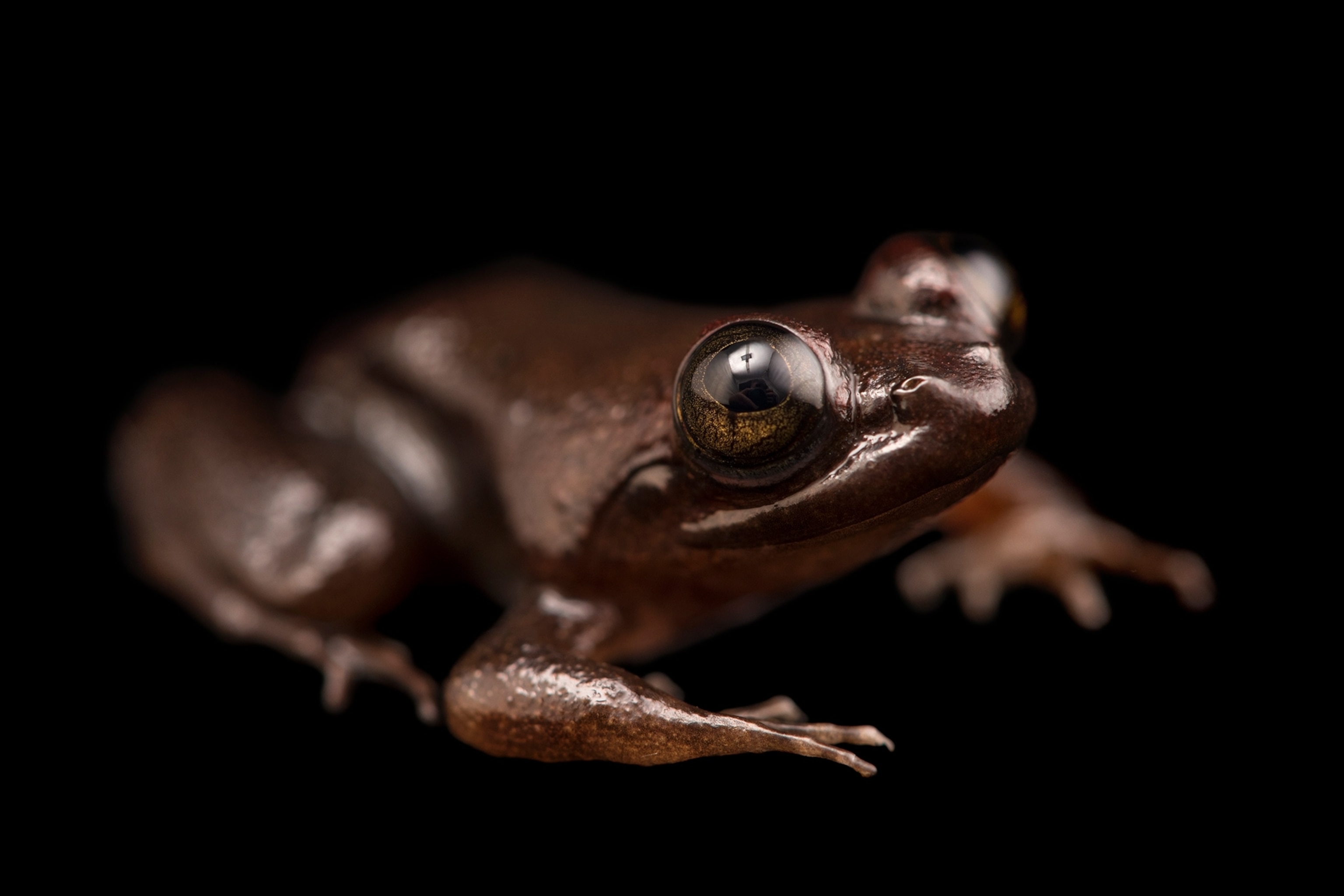 The critically endangered Togo slippery frog lives in waterfalls and streams along the border of Ghana and Togo. Human activities—such as logging and fishing—are destroying its habitat.

What is the Togo slippery frog?

This small and powerful amphibian is part of a family that goes back 70 to 80 million years, to the time of the dinosaurs. The Togo slippery frog ranks 18th in the hundred most genetically distinct and critically endangered in the world: It is as different from other amphibians as humans are from pigs. Although its name implies that it lives in the country of Togo, it’s also found in Ghana.

The Togo slippery frog is found solely along the border of Ghana and Togo, in the lush highlands of the Togo-Volta region. The frog spends most of its life in or near clean, fast-running bodies of water, such as waterfalls and streams. It is an aquatic creature; born as a tadpole, it grows to adulthood in the water.

Although it’s a close relative of the Goliath bullfrog, the biggest in the world, the adult Togo slippery frog only grows to be three inches long. Unlike many other frogs, its eardrums are not visible on its head. The male Togo slippery frog’s eardrums are also larger than females’, which is unusual for frogs. It has long and limber hind legs that it uses to propel itself into the water at the first sign of danger.

For decades, the Togo slippery frog was feared extinct. Now, experts estimate that there are only about 240 left, and the species is classified as critically endangered.

Its disappearance is the result of human activity destroying its habitat. Much of its forest habitat has been cleared out by logging for wood, hunting, fishing, and the expansion of farming and housing. The Ghanain government is also considering plans to sell some of that land to Chinese developers to mine for bauxite, a mineral important for creating aluminum.

Human activities have also contributed to increased pollution and landslides, which have decreased the quality of the water in the streams that Togo slippery frog relies on for breeding and raising its tadpoles. Furthermore, local communities use the water from these streams for their own purposes, which reduces the quantity and quality of the water.

It is believed that people moved to this region 5,000 years ago specifically because of the availability of edible frogs, such as the Togo slippery frog. The species is still eaten today, with children hunting them after school.

He founded the NGO Herp Conservation Ghana to raise awareness of the danger that the species faces. His organization works with communities that live in and near the frog’s habitat to plant trees, replacing those that have been cut down. These efforts will create the first forest area in West Africa specifically made to protect frogs. Herp Conservation Ghana has also installed more sustainable systems for getting water, such as rainwater collection, so communities don’t have to take as much from the streams the frog lives in.

Ofori-Boateng also uses what he calls “conservation evangelism.” By presenting scientific evidence and a conservation message through religious platforms trusted by and popular with people who live alongside the species, he hopes to inspire people to change their behavior, especially with regard to hunting the Togo slippery frog.

Other local activists are also taking action. A team of machete-wielding forest rangers and volunteers patrol through the forests where the frog is found, guarding it from poachers and illegal loggers.