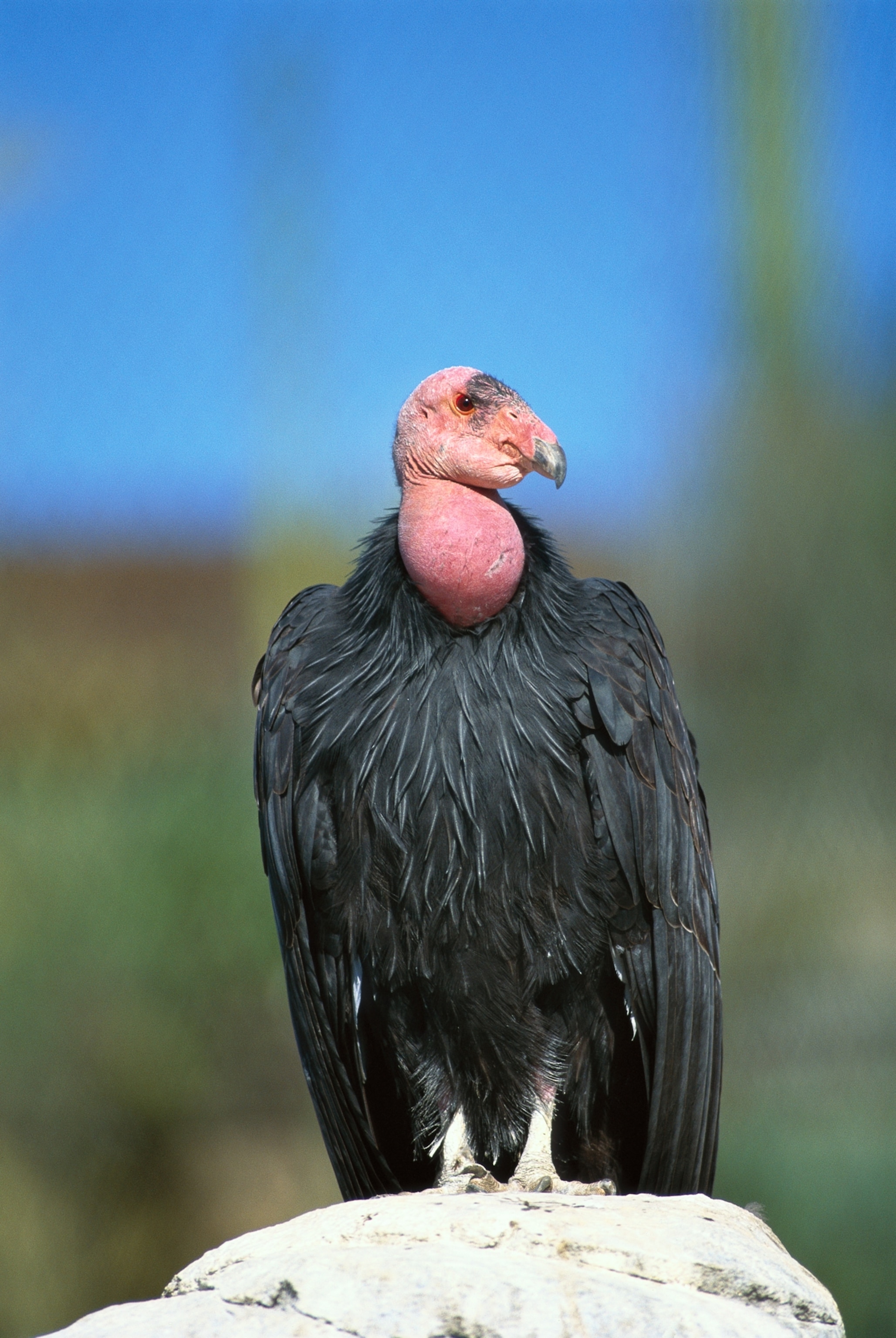 Endangered birds experience 'virgin birth,' a first for the species

Female California condors don't need males to have offspring—joining sharks, rays, and lizards on the list of creatures that can reproduce without mating.

The California condor nearly went extinct in the 1980s, but has since slowly rebounded.
Photograph by ZSSD, Minden Pictures

“There’s something really confusing about the condor data.”

Those weren’t the words Oliver Ryder wanted to hear as he walked to his car after a long day’s work trying to save California condors, one of the most endangered animals on the planet. When his colleague Leona Chemnick explained what she was seeing, his dread quickly changed to fascination.

For decades, scientists have been trying to coax the California condor back from the edge of extinction. The entire population of these birds crashed to just 22 animals in 1982. By 2019, captive breeding and release efforts had slowly built the total population up over 500. Doing that has required careful management of captive birds, particularly selecting which males and females can breed to produce healthy offspring.

That’s how, as the scientists took a closer at genetic data, they discovered that two male birds—known only by their studbook numbers, SB260 and SB517—showed no genetic contribution from the birds that should have been their fathers. (Read about virgin birth recorded in a reticulated python, the world’s longest snake.)

In other words, the birds came into the world by facultative parthenogenesis—or virgin birth—according to a peer-reviewed paper published October 28 in the Journal of Heredity. Such asexual reproduction in normally sexually reproducing species occurs when certain cells produced with a female animal’s egg behave like sperm and fuse with the egg.

Though rare in vertebrates, parthenogenesis occurs in sharks, rays, and lizards. Scientists have also recorded self-fertilization in some captive bird species, such as turkeys, chickens, and Chinese painted quail, usually only when females are housed without access to a male. But this is the first time it’s been recorded in California condors. (Read about a Komodo dragon that reproduced without a mate.)

What’s particularly bizarre about the condors, says Ryder, is that SB260 and SB517 had different mothers, each of them housed with males. What’s more, both mothers had successfully reproduced with those males before and after.

“Why it happened? We just don’t know,” says Ryder, director of conservation genetics at the San Diego Zoo Wildlife Alliance. “What we do know is that it happened more than once, and it happened to different females.”

“Will it happen again? I rather believe so,” he says.

Only around 300 of this critically endangered species soar through the skies above California, Arizona, and Utah. With such a low population, it’s possible the condors may be using parthenogenesis as a survival tool, says Reshma Ramachandran, a reproductive physiologist and microbiologist at Mississippi State University who was not involved in the research.

There’s evidence in other species to suggest parthenogenesis can be a life raft of sorts for a species in trouble. For example, the critically endangered smalltooth sawfish may be turning to parthenogenesis as mates become increasingly difficult to find in the wild.

However, that theory may not hold with the California condors. For one, the captive females that produced the male birds in question had access to mates. Secondly, neither of the offspring produced by parthenogenesis survived to reproduce itself. SB260 died after less than two years; SB517 died before reaching eight. In contrast, some California condors can live to a ripe old age of 60. (Read more about how scientists decide to save endangered species.)

Though an interesting idea, “it’s too early to really say how meaningful [parthenogenesis] is to the evolution of the species or its conservation,” adds Jacqueline Robinson, an evolutionary geneticist at the University of California, San Francisco. “We have so few examples of this rare phenomenon.”

To that end, earlier this year, Robinson, Ryder, and colleagues published a study detailing the California condor’s whole genome, valuable genetic data that, in the future, could help us better understand how parthenogenesis works in these animals, she says.

More common than we think?

The possibility that parthenogenesis is more widespread than previously thought is what intrigues scientists the most.

Ramachandran, who published a review of parthenogenesis research in birds in 2018, says that although virgin birth is mostly documented in captive animals, there’s no reason to think it isn’t happening in the wild.

Ryder agrees. “The only reason we were able to identify that this had happened [in the condors] is because of these detailed genetic studies,” he says. “So, the birds in your backyard, are they occasionally producing a parthenogenetic chick? Nobody’s looking in deep enough detail to answer that question.”

Regardless of the answer, he says, “it’s a reminder that lest you think you understand nature, she’s always got surprises.”