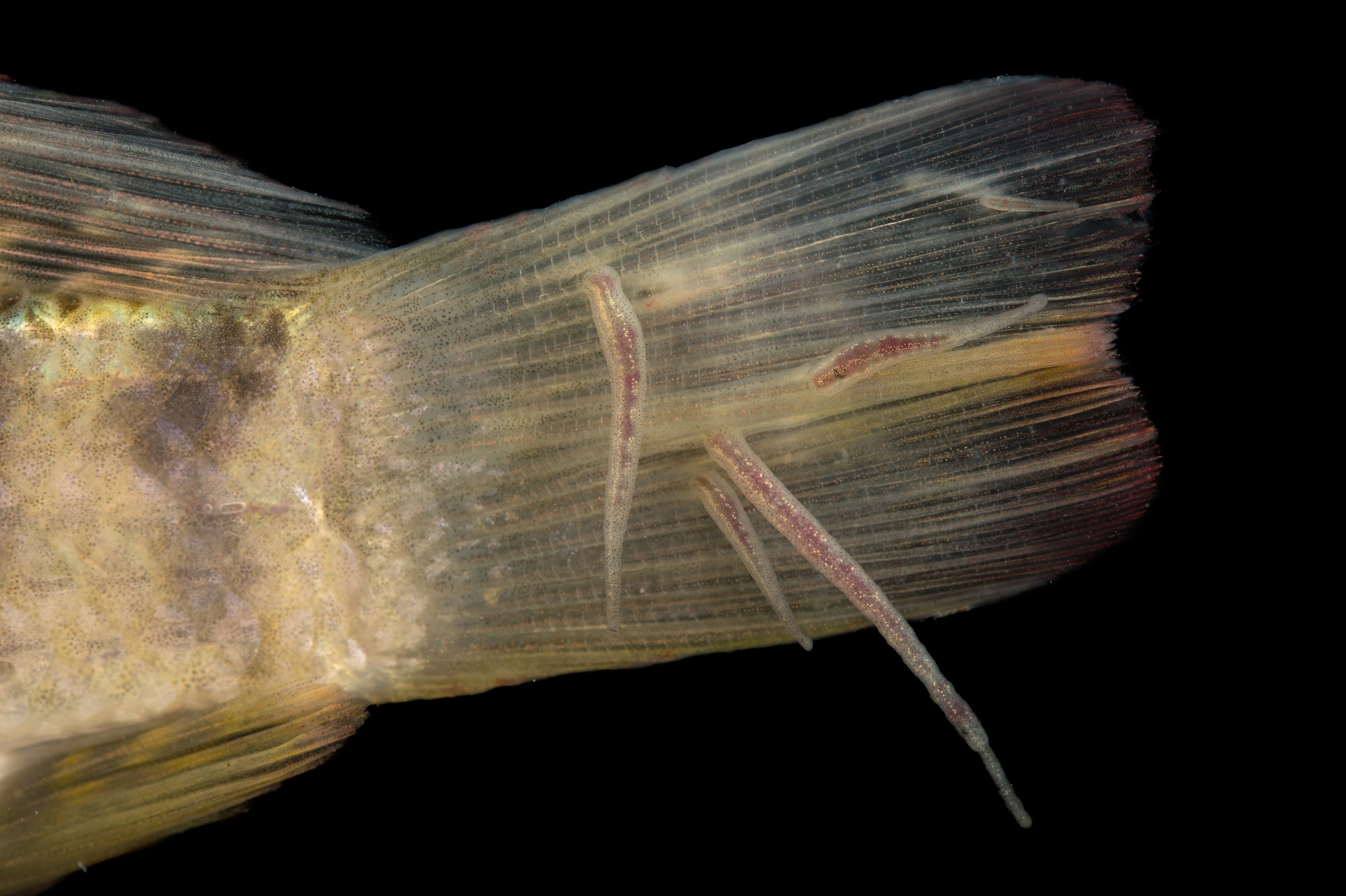 Parasites may gross us out, but they hold ecosystems together

From wasps to viruses, parasites are crucial links in a healthy food web.

Many people are utterly repulsed by parasites, and few would ever intentionally share their body with one. The word “parasite” alone—which comes from the Greek for “feeding beside”—is enough to make your skin crawl.

But parasitism deserves more respect as “an exceptionally successful form of life,” says Jimmy Bernot, an evolutionary biologist at the Smithsonian National Museum of Natural History in Washington, D.C. Animals, plants, fungi, bacteria, and viruses can all be parasitic, from vampire bats to deep-sea anglerfish, whose tiny males permanently attach themselves to females.

Parasitism is a form of symbiosis—a close relationship between two organisms. While some parasites, called parasitoids, are deadly to their hosts, many don’t cause major problems. Others will even protect their hosts from other parasites, such as viruses that shield bacteria against antibiotics. Bad news if you’re taking penicillin, good news for the little pathogen.

Parasites glean nutrients from their hosts in various ways: Some, called ectoparasites, literally drink the blood or eat the skin of their hosts. Others, called endoparasites, set up shop inside their hosts—think tapeworms or botflies. (Read about a mind-controlling parasite that makes hyena cubs more reckless around lions.)

There aren’t solid estimates on how many parasite species exist in the world, but some experts believe there are far more species of parasite than there are of “free-living” animals—and the majority of parasites are likely still undiscovered.

Given that parasites have wormed their way into every cranny of life, it’s no surprise their strategy has been around for a long, long time. The earliest parasite-host interaction in the fossil record was a worm that stole food from a clam-like brachiopod 515 million years ago.

“When we develop food webs or ecological networks, we find in some cases that parasites are making up more than half of the links between species,” says Mackenzie Kwak, a parasitologist at the National University of Singapore. “So if you want to find the glue that is sticking these ecosystems together, it’s parasites.”

Leeches, a type of worm, may be the best-known parasites. There are 700 species, but only about half of them suck blood. They live everywhere on Earth except terrestrial Antarctica—but the oceans around the polar continent have leeches with tentacles that resemble grubby fingers.

Parasites can get even more ingenious than that. Take toad flies, which prefer to live in the nostrils of amphibians, or tongue-eating louses, marine creatures that latch onto a fish’s tongue, one of the few examples of a parasite literally replacing a host’s organ.

In addition to living off their hosts, parasites have adapted ways to sterilize them, hack their immune systems, or even hijack their behavior. Some Cordyceps fungi, for example, turn their insect hosts, such as ants, into “zombies,” forcing them to climb high above the ground—a perfect spot for dispersing the fungus’ spores—before killing them. The spores fall to the ground, landing on a new bug before the cycle continues. (Read more about “zombie” parasites.)

Some parasites steal resources indirectly. Take the common cuckoo, a brood parasite that freeloads off other organisms to raise its offspring. By laying its eggs in another bird’s nest, it forces the bird to raise the cuckoo babies on their own.

TIL: These Birds Trick Others Into Raising Their Gigantic Kids

Some parasites, though small, can have gigantic effects on their ecosystems. The humble yellow rattle, Rhinanthus minor, is a parasitic plant native to Europe that slithers its roots into grasses and drinks them dry.

By replacing grasses with wildflowers, yellow rattle also makes room for insect pollinators, which in turn attract birds and amphibians. (Learn how to help pollinators at home.)

“They're actually building the foundation that holds up the whole wildflower meadow and help these sensitive wildflowers from being outcompeted,” Kwak says.

When a parasite is a parasite of a parasite, it’s called a hyperparasite—and it’s actually quite a common occurrence. Take the parasitic wasp Hyposoter horticola, which is parasitized by Mesochorus cf. stigmaticus, another wasp that lays its eggs in the H. horticola wasp larva.

Despite their importance, parasites are “weirdly neglected,” says Jessica Stephenson, an assistant professor at the University of Pittsburgh who studies evolutionary parasitism.

For instance, conservation programs often overlook these organisms. In many ways, parasites are more threatened than other organisms, particularly by climate change. First, there are the direct effects of rising global temperatures, which in the past have caused several mass extinctions. But if a single host to multiple parasites goes extinct, it could wipe out several parasitic species in one blow.

“Given their hyperdiversity, it might mean that parasites account for the majority of species facing extinction,” Kwan and his co-authors wrote in a 2020 study that calls for a “global parasite conservation plan.” The paper outlines several ways to protect parasites, such as listing them as protected species.

“Almost any endangered animal I’m looking at, I find co-endangered parasites, many of them new species,” Kwak says.

It’s important to note that such conservation efforts don’t apply to human or livestock parasites, such as the Guinea worm, which causes a debilitating disease in which the worm emerges from a person’s skin, the study says.

But in many other cases, Kwak says, “these species aren’t necessarily detrimental to their hosts. They’re just passengers on this long, evolutionary journey … and it’s worth protecting them for the integrity and the stability of the ecosystem.”