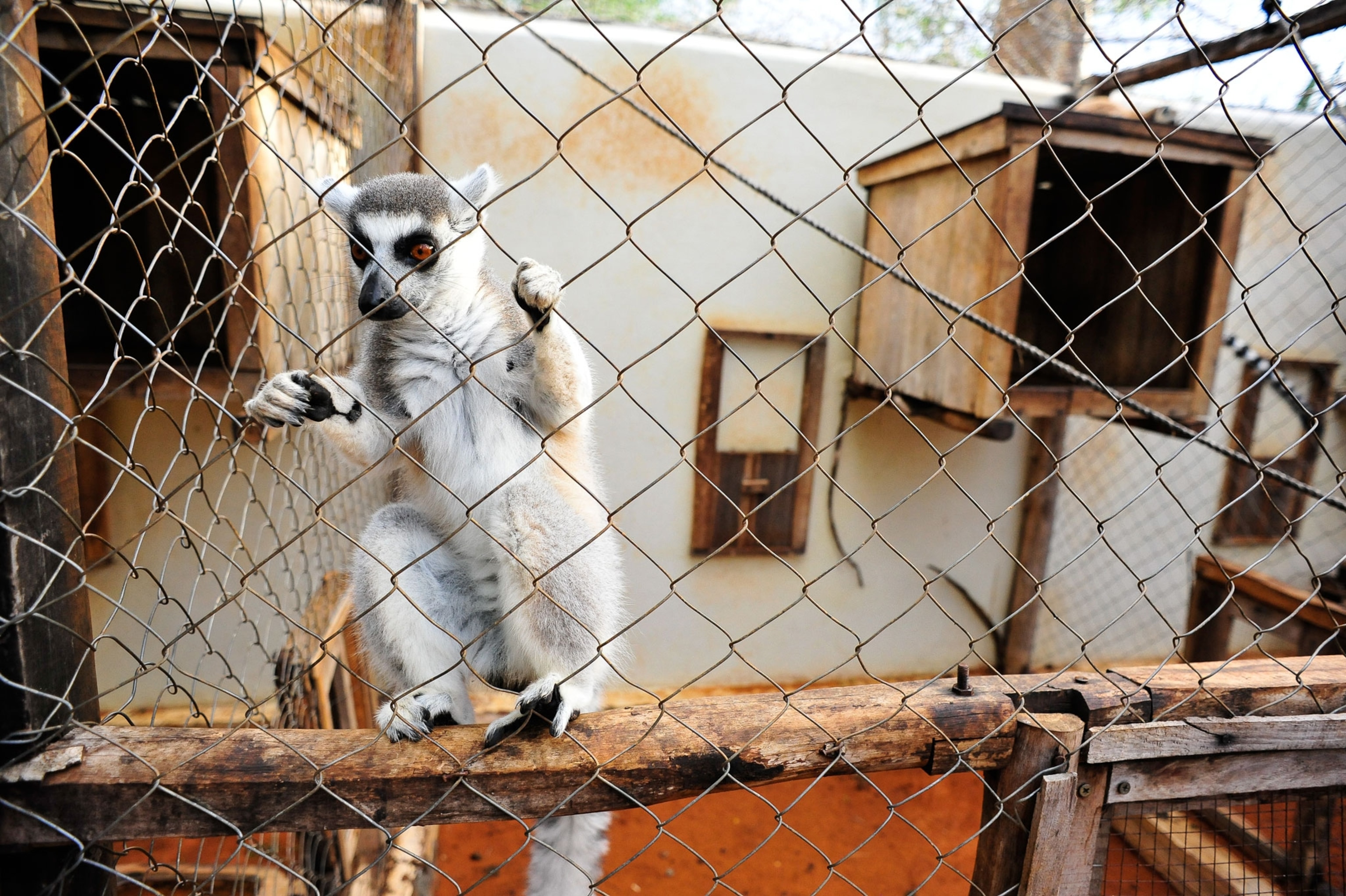 This disease, found in a pet ring-tailed lemur, has never been reported in lemurs in the wild.

It’s been illegal to keep lemurs as pets in Madagascar since 1962. But ring-tailed lemurs, such as this one at a rehabilitation center in southern Madagascar, continue to be trapped for the pet trade.
Photograph by Louise Jasper

The ring-tailed lemur was emaciated and suffering from advanced tuberculosis by the time she was turned over to the rescue facility in southwestern Madagascar in April 2019. An alarming, golf ball-size mass protruded from the left side of her neck.

She’d almost certainly “been living as a pet at someone’s house and contracted tuberculosis from sharing food, dishes, or air with an infected human,” says Marni LaFleur, an anthropologist at the University of San Diego, in California, who was part of a team that documented the case. Their findings appear in the latest issue of the journal Emerging Infectious Diseases.

Despite efforts to save the lemur, she died three months later. She was less than a year old, but sometime in her short life she seems to have acquired tuberculosis from a human—a phenomenon known as reverse zoonosis.

Nearly a third of the 107 species of lemurs—all found only in Madagascar—are critically endangered. The lemur pet trade has been banned there since 1962, but today it’s estimated that Madagascans keep more than 30,000 of the animals as pets. Lemurs are often displayed at resorts or offered for pictures on the beach. Instagram photos show tourists feeding them bananas directly from their mouths, boosting the chances of disease transmission, LaFleur says. (Both wild and pet lemurs have tested positive for rabies, for example.)

Ring-tailed lemurs and common brown lemurs are particularly favored as pets, largely because they live in big family groups and are easier to find, says Jonah Ratsimbazafy, a Malagasy primatologist, who’s also president of the International Primatological Society, a research and conservation organization. Ratsimbazafy says the incident reported by LaFleur’s team is “an alarm to the authorities and people who have kept lemurs illegally.”

Because pet lemurs can become aggressive, they’re often discarded as adults, released into the forests where they could cause disease outbreaks, says LaFleur, who’s also the founder of Lemur Love, a U.S.-based nonprofit combating the illegal lemur trade.

It remains unknown whether lemur-to-lemur or lemur-to-human transmission of tuberculosis can occur, but this case makes clear that the animals should be quarantined and tested for the disease before being released into the wild, LaFleur says.

Tuberculosis has never been detected in a lemur in the wild, and only rarely in captive lemurs. Moreover, LaFleur says, no ring-tailed lemurs live anywhere near the rescue center, which increases the chances that the lemur in their report had been infected by a human. And genome sequencing revealed that the drug-resistant strain of the bacterium that sickened the lemur didn’t match tuberculosis circulating among people in the region around the rescue center.

Most likely, LaFleur says, the lemur was brought from a different part of the island and got infected by someone along the way. Young lemurs, LaFleur adds, are often taken from their mothers within months of birth, leading to malnourishment that makes them particularly vulnerable to a disease such as tuberculosis.

“By far, the most likely route of infection was that the lemur got it from a human,” agrees Bobby Schopler, a veterinarian at Duke University’s Lemur Center, in Durham, North Carolina, who wasn’t part of LaFleur’s team. In his 15 years working with lemurs and testing them routinely for tuberculosis, he says, the center has never had a case.

Lemurs are disappearing from the wild because of deforestation and the pet trade; in addition, they’re killed for bushmeat—increasingly since the coronavirus pandemic took hold. No more than around 5,000 wild ring-tailed lemurs may survive today, LaFleur says.

Given the risks of disease transmission, she says, authorities need to do more to enforce existing prohibitions on keeping wild-caught lemurs as pets.