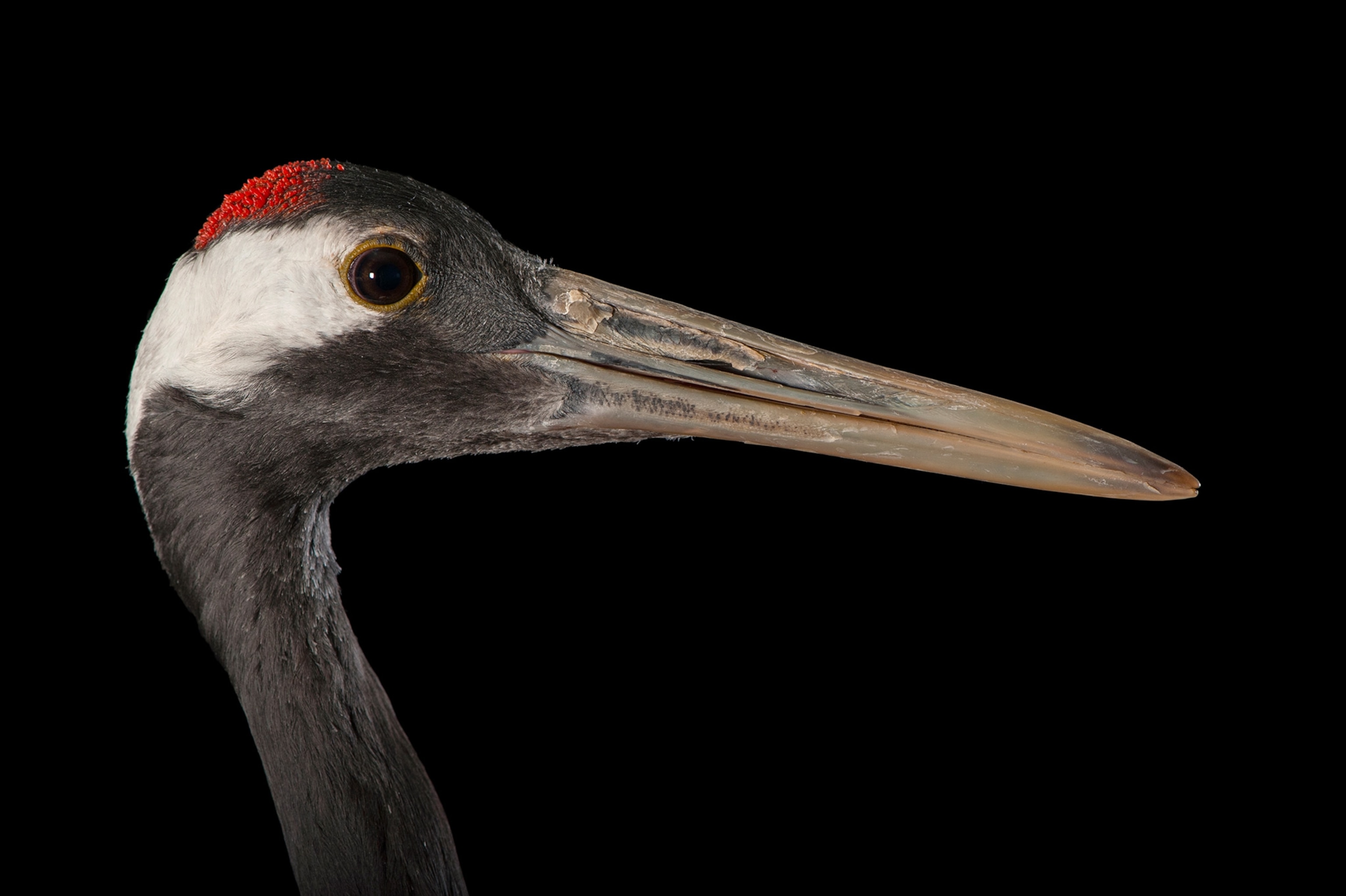 Despite being a symbol of immortality, the red-crowned crane is endangered due to the shrinking of its wetland habitat. It is the second-rarest crane species in the world.

What is the red-crowned crane?

The red-crowned crane has been a symbol of immortality for centuries. Although its official binomial name is Grus japonensis, or “Japanese crane,” it has also captured the imaginations of people in China, Mongolia, Russia, and the Korean peninsula. The red-crowned crane gets its name for the disc of bare red skin atop its head. Its natural habitat is wide-open pristine wetlands where it can fish for its food.

Aside from their red crowns, these cranes are often snow white, with black secondary feathers. Their young are also white, mixed with shades of brown or gray. Their beaks are deep green and sharp, useful for spearing their prey. Red-crowned cranes are often long and tall—some of the world’s largest cranes. The fully-grown adult stands at five feet, with a wingspan that grows to eight feet. Males are slightly larger than females.

Red-crowned cranes are semiaquatic, so they are found wherever there is an abundance of water. Because they are omnivorous, they not only fish and hunt for small amphibians and rodents, but they also feast on reeds and other marsh plants. They are often associated with cold-weather climates. That's because they are often found in the wetlands between East Asia and Russia, though they tend to stick to regions with milder climates. They also live in the much warmer climates of southeastern Asia.

These birds are known to be monogamous: They often find one partner and mate for life. This may be why they symbolize loyalty in Asian cultures. When a couple is together, they use their long windpipes to vocalize with a unison call, which strengthens their bond. They also mate by dancing, gracefully leaping into the air or even bouncing like a ball.

Red-crowned cranes are active and social. They also call and dance to warn each other to stay away, or even to play. During the day, they go out on their own, in pairs, or in groups. At night, they usually come together to roost. This is why they often live in colonies, or flocks.

The red-crowned crane is the second-rarest crane in the world—second only to the whooping crane in North America. It is an endangered species, with only 1,830 adults in the world and dropping. The most obvious reason is loss of habitat, as the wetlands where these cranes’ breeding grounds are shrinking and are now often too small to sustain the species.

Human activity and a natural dry spell are the main culprits of this habitat loss. In China, scientists have noted that Lake Poyang—the country’s largest freshwater lake, known as a crane paradise—has dried up as a result of sand mining. The Three Gorges Dam has also unbalanced the lake’s water flow, which some scientists believe causes much of its shrinkage.

Red-crowned cranes’ habitats have also seen a lack of rainfall in recent years, partially due to the natural rain cycle and climate change, which leaves all breeding grounds in a new state of aridity. In both China and Russia, spring fires dry up the environment even more.

The cranes living in the Korean peninsula’s Demilitarized Zone—which has become an unintentional wildlife reserve—also face threats: While these cranes eat leftover grain that humans do not harvest, newer agricultural practices limit access to this grain.

Groups like the International Crane Foundation are coordinating a global effort to aid the species. Red-crowned cranes are legally protected from hunting in every country they're found.

The most promising example of population restoration is the Hokkaido colony in northern Japan, the only non-migratory group of the species. Due to their isolated nature, these red-crowned cranes depend on local feeding stations. As Japan sets policies to protect their environment, this population is even slowly increasing.

For the migratory flocks throughout China, Korea, Mongolia, and Russia, a number of sanctuaries are proposed. The DMZ Forum in particular seeks to introduce more traditional, less harmful methods of farming to Korea’s Demilitarized Zone.

Other proposed actions include tightening protection laws, restoring the wetlands, and controlling fires during the spring. Although these efforts require defying borders, the joint interest in preserving these culturally significant cranes is real.