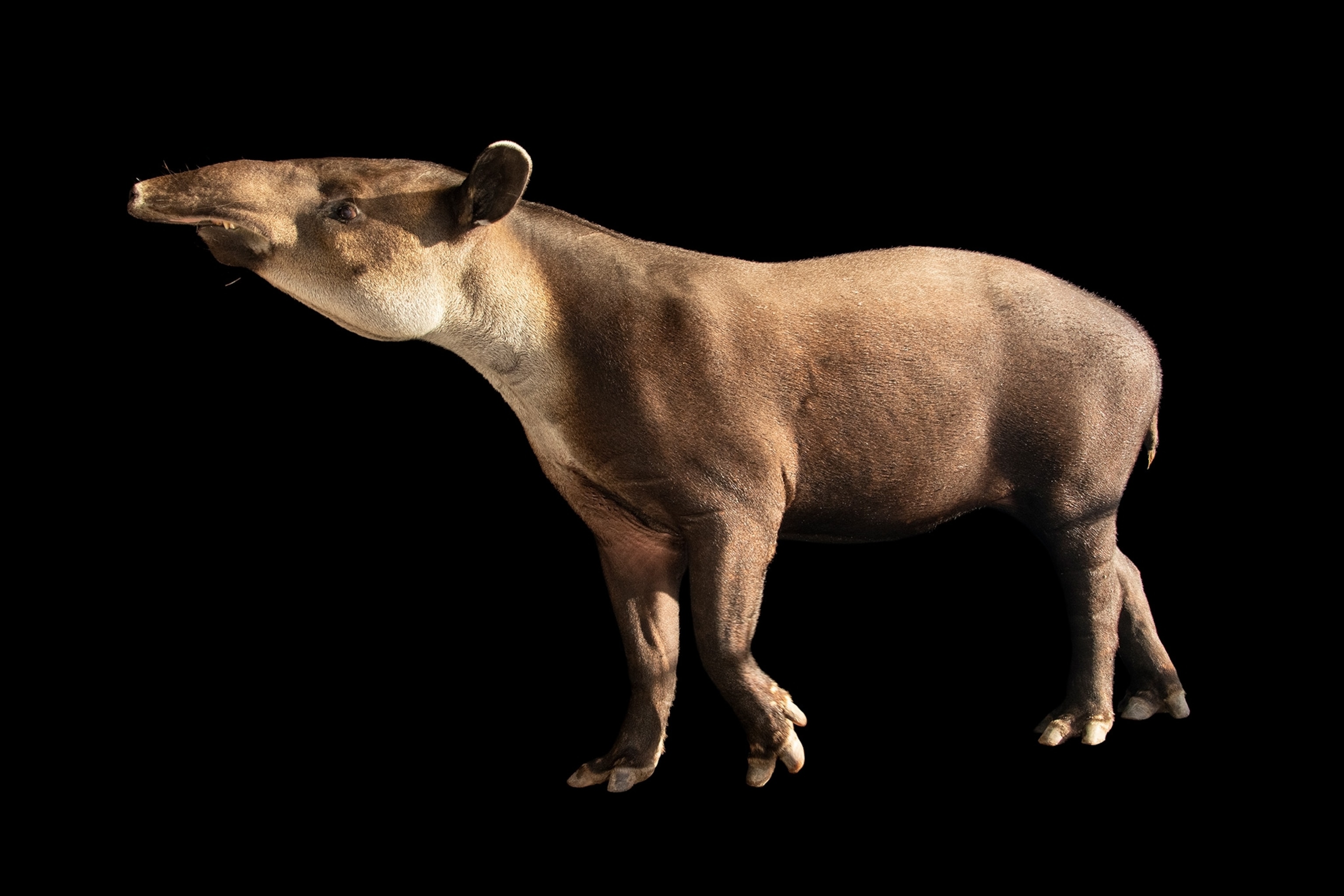 This male Baird's tapir was photographed at the Audubon Zoo in New Orleans.

What is a Baird’s tapir?

Baird’s tapirs are large, long-nosed mammals that may look like they’re relatives of elephants, but they're actually closer kin to horses, donkeys, zebras, and rhinoceroses. Baird’s tapirs are the largest animals native to Central America. They are slightly smaller, however, than their South American cousins, the lowland tapirs.

Like all tapirs, this species has a prominent proboscis, or tube-like nose. It's made up of soft tissues, which makes the organ extremely flexible and allows it to be used to snatch leaves and stems that would otherwise be out of reach.

In Belize, where the Baird’s tapir is the national animal, the species is known as the “mountain cow.” This nickname, however, might not reflect just how agile these creatures can be. Baird’s tapirs move swiftly across the land, can swim well in streams and rivers, and have no trouble hoofing it up steep slopes. When disturbed or frightened, Baird’s tapirs often head for the safety of water.

Baird’s tapirs inhabit forests and wetlands from Mexico to Colombia. These herbivores are rather adaptable, able to survive in disturbed forests, grasslands, and even rugged mountains.

This species eats more than 200 kinds of plants, including twigs, stems, leaves, and even aquatic vegetation. While their proboscis makes accessing higher foods easier, Baird’s tapirs will also sometimes snap small saplings in half so they can devour their leafy boughs.

Fruits and seeds make up another important part of this species’ diet. In fact, tapirs play a critical role as seed dispersers, because of the way they eat seeds, and then as they travel across long distances, drop those seeds in new areas through their feces. This helps forests re-seed themselves, increases plant diversity, and has even led to yet another nickname for the species—“gardeners of the forest.”

Baird’s tapirs are solitary animals that usually only come together when it’s time to mate.

Females carry their young for 13 months, after which the baby will remain with its mother for one to two years until it’s able to survive on its own. While adults have dark brown fur with white patches under their muzzle, baby Baird’s tapirs are covered in stripes and spots like a cross between a fawn and a piglet. It’s thought these markings help the little ones hide from predators, such as jaguars and pumas, in the dark understory of the forest.

The Baird’s tapir has two main threats to its continued existence—habitat destruction and hunting.

According to the International Union for Conservation of Nature, Mexico and Central America lost nearly 70,000 square miles of forested habitats between 2001 and 2010. What’s more, when large blocks of forests become fragmented, it can create separate populations of tapirs that become genetically isolated from each other. Palm oil plantations are also on the rise in this region, presenting yet another threat to the species’ habitat needs because of the way these operations transform species-diverse forests into monocultures.

As the largest mammals in their ecosystems, Baird’s tapirs represent a significant source of food for local peoples. However, too much hunting might drive population numbers past the point of recovery, especially when considering that this species has a relatively slow reproductive rate.

The IUCN considers Baird’s tapirs to be endangered, with estimates suggesting only 4,500 animals remain.

Trade in this species is forbidden under most circumstances thanks to an Article I designation by the Convention on International Trade in Endangered Species of Wild Fauna and Flora (CITES). Baird’s tapirs are also protected at the national level in several countries across its range.

Freaks of Nature: A Rhino/Cow/Elephant Cross?

This is one confusing animal. Related to the rhinoceros, called a mountain cow, and with a flexible nose like an elephant, Baird's tapirs have to be seen to be believed.