Why Revealing Uncontacted Tribes May Help Save Them

Recently released video showing isolated Amazon tribes in Brazil has sparked a debate over giving them attention they never sought.

Editor’s note: On November 16, 2018, an American was killed by members of an uncontacted tribe on North Sentinel Island in the Indian Ocean during an unauthorized visit. In 1956, the Indian government declared the island a tribal reserve, and no formal effort to contact the tribe has been made since 1988.

Brazil’s decision in recent weeks to release video clips of isolated indigenous peoples reflects a growing unease among rights officials that time may be running out to protect the Amazon’s last “uncontacted” tribes and their rain forest homelands.

Since July Brazil’s indigenous affairs agency, FUNAI, has made public two videos recorded during field expeditions to monitor and protect indigenous people living in reserves closed off to the outside world.

In the first, a robust man is seen chopping down a tree deep in the forest. It was taken surreptitiously from a short distance by a FUNAI team in charge of protecting him. The man has been living alone for the past 22 years in the 30-square-mile Tanaru Indigenous Land, in Brazil’s rough-and-tumble western state of Rondônia. The reserve was delineated to shield him from loggers and ranchers who are believed to have wiped out the rest of his tribe in spasms of violence during the 1980s and 1990s. No one knows the name of the lone survivor, or the name of the tribe he once belonged to.

Then weeks later, on August 21, FUNAI’s Department of Isolated and Recently Contacted Indians released a video, taken from an aerial drone, of several people moving around in a large jungle clearing planted with crops. Among those seen is a man brandishing a longbow and a clutch of bamboo arrows. Officials say it was taken last year during a fact-finding mission into the depths of the Vale do Javari Indigenous Land, in far western Brazil, to investigate allegations of a massacre perpetrated against the tribe, known by outsiders as the Flecheiros, or People of the Arrow.

Both videos were taken without the knowledge or consent of the subjects, raising ethical questions about their rights, as well as concerns that such images might incite adventurers to seek out isolated tribes on their own.

But FUNAI officials say they decided to release the images after a consensus was reached among veteran field agents to heighten awareness within Brazil and around the world of the existence of the isolated tribes and their increasingly precarious status. 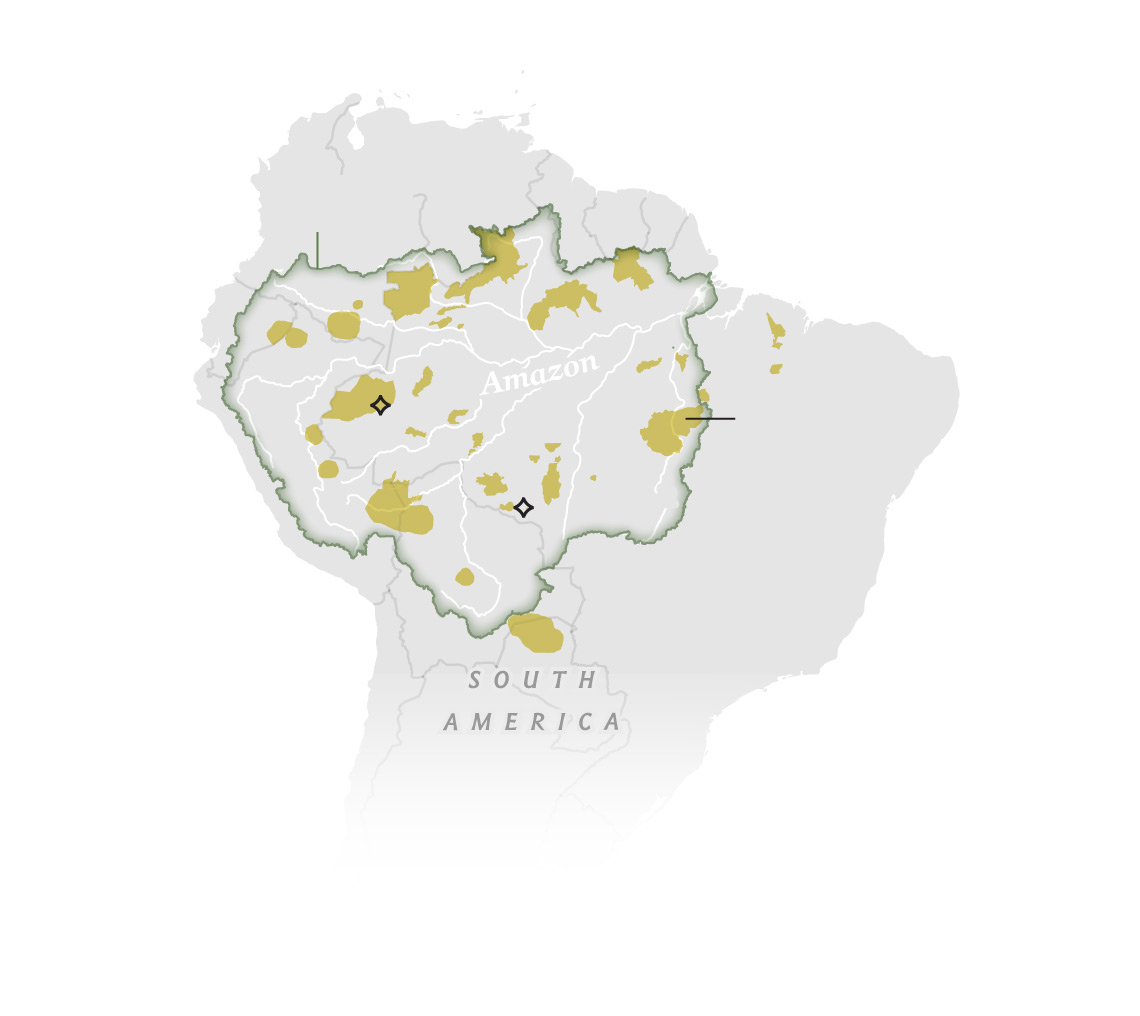 “The more the public knows and the more debate around the issue, the greater the chance of protecting them and their lands,” said Bruno Pereira, the new director of the isolated Indians department, by phone at FUNAI headquarters in Brasilia. “With the agricultural frontier, and other activities like mining and logging advancing in the Amazon, these people could disappear before the public even knows they exist,” Pereira said.

He acknowledged that critics could argue that using a drone to peer into the lives of the Arrow People is an aggressive tactic. But he said the drone was put aloft last year as a way to cast light on rumors of the alleged atrocity, not to violate the group’s privacy. The remote device provided the first images of an isolated group ever recorded by drone—images offering a unique opportunity to gather information about the Flecheiros that could ultimately bolster protection efforts.

FUNAI officials say the agency has come under mounting attack within Brazil in recent years from powerful economic interests and politicians who accuse it of holding back development in the Amazon with dubious claims about the existence of the uncontacted tribes. Severe cuts to FUNAI’s budget under the government of president Michel Temer have compromised its ability to safeguard indigenous lands from covetous outsiders seeking to exploit the resource-rich wilderness regions.

Brazilian indigenous leaders applauded FUNAI’s decision as a step forward in protecting the isolated communities, which remain highly susceptible to contagious diseases and are exposed to violence at the hands of outsiders.

“The very fact that these groups are uncontacted makes them particularly vulnerable because they’re invisible to the majority of the public,” said Beto Marubo, one of a growing cadre of indigenous activists seeking a leadership role in speaking on behalf of their isolated brethren.

His people, the Marubo, are among six contacted tribes living within the Vale do Javari Indigenous Land, which they share with at least 11 isolated communities, including the Flecheiros. “The weakening of the sole government institution responsible for their protection,” Beto Marubo texted from Brasilia, “heightens the dangers for the isolated groups.”

Mysteries abound in both the case of the lone survivor in Rondônia and the Flecheiros in the Vale do Javari. Neither group has ever had direct, peaceful contact with the outside world. As with the lone survivor, no one knows what the Flecheiros actually call themselves. They acquired their moniker for their reputation as skilled archers, to distinguish them from other isolated groups in the Javari reserve that use clubs rather than arrows as weapons.

Nearly 500 miles away in the Tanaru reserve, the lone survivor continues to shun direct contact with outsiders. He flees from the FUNAI officials who monitor his movements, leave him gifts of seeds and tools, and patrol the reserve’s perimeter against intrusions that could imperil his survival.

FUNAI’s overtures appear to have engendered a certain level of trust, Pereira said, citing instances when the man has signaled to patrols to avoid pitfalls he’d dug as defenses against intruders and to trap wild animals.

He also digs deep, narrow holes inside the palm-roofed huts he builds for himself as he wanders the reserve alone. FUNAI agents have discovered dozens of such dwellings in the course of their monitoring efforts, each with the signature pit excavated in the center. Officials remain perplexed by the excavations, but some believe they may be a vestige of his tribe’s spiritual practices. Absent any knowledge of the tribe’s name, officials came to refer to him as simply o índio do buraco, the man of the hole.

“I feel a sense of duty to compensate in whatever way I can for all that has happened to him and his people,” said Altair Algayer, the FUNAI agent in charge of his protection for the past 13 years, in an email written from a forward base in the jungle.

Algayer hopes the recent release of the video of the lone survivor will serve as an invitation to Brazilian officials to “assume their responsibilities” while helping redouble the agency’s work to protect him and the other tribal communities of the Amazon.

“The integrity of these societies is a matter of concern, not just for Brazilians but for all of humanity,” said Felipe Milanez, professor of humanities at the Universidade Federal da Bahia, who has twice accompanied FUNAI officials on fact-finding expeditions through the land where the lone man lives. “He should not be seen as a recluse hiding from society. The man is the survivor of a genocide. He didn’t choose to live alone.”

A detailed report about the plight of the Amazon’s isolated indigenous peoples will appear in the October 2018 issue of National Geographic. This page was updated on November 21, 2018.