People are living longer and having fewer kids, presenting new challenges and opportunities.

As demographics shift around the world, socioeconomic consequences emerge.

People are living longer and having fewer kids, presenting new challenges and opportunities.

For almost all of human history, the Earth’s population has skewed younger. But since the last World Population Day on July 11, a major shift occurred: There are now more people age 65 and older than there are under age five.

World Population Day was established by the United Nations Development Program in 1989 to bring attention to population issues. Having more people on the planet is not the only concern, though, since a population’s age structure matters too. 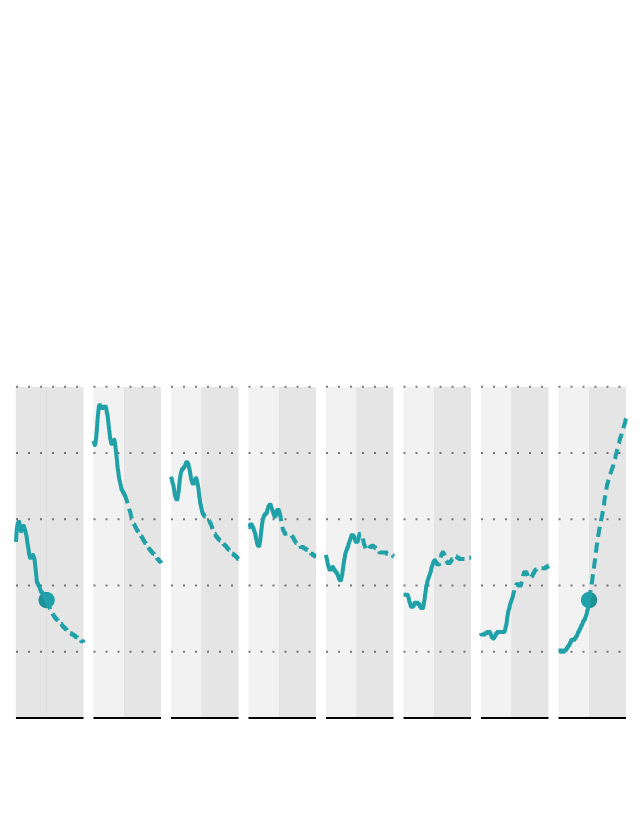 be 65 years old or older, while one in

20 will be younger than five. 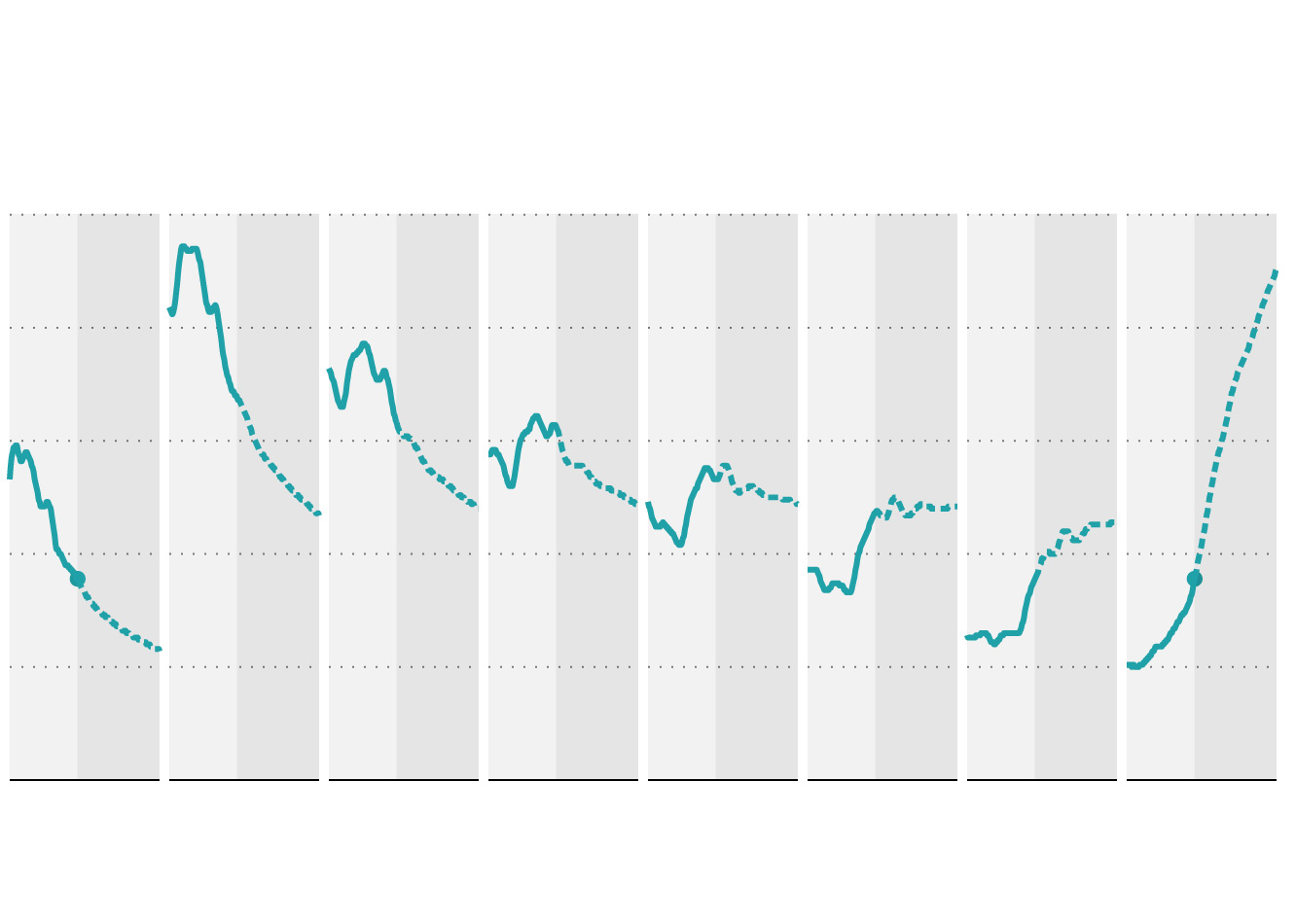 be younger than five. 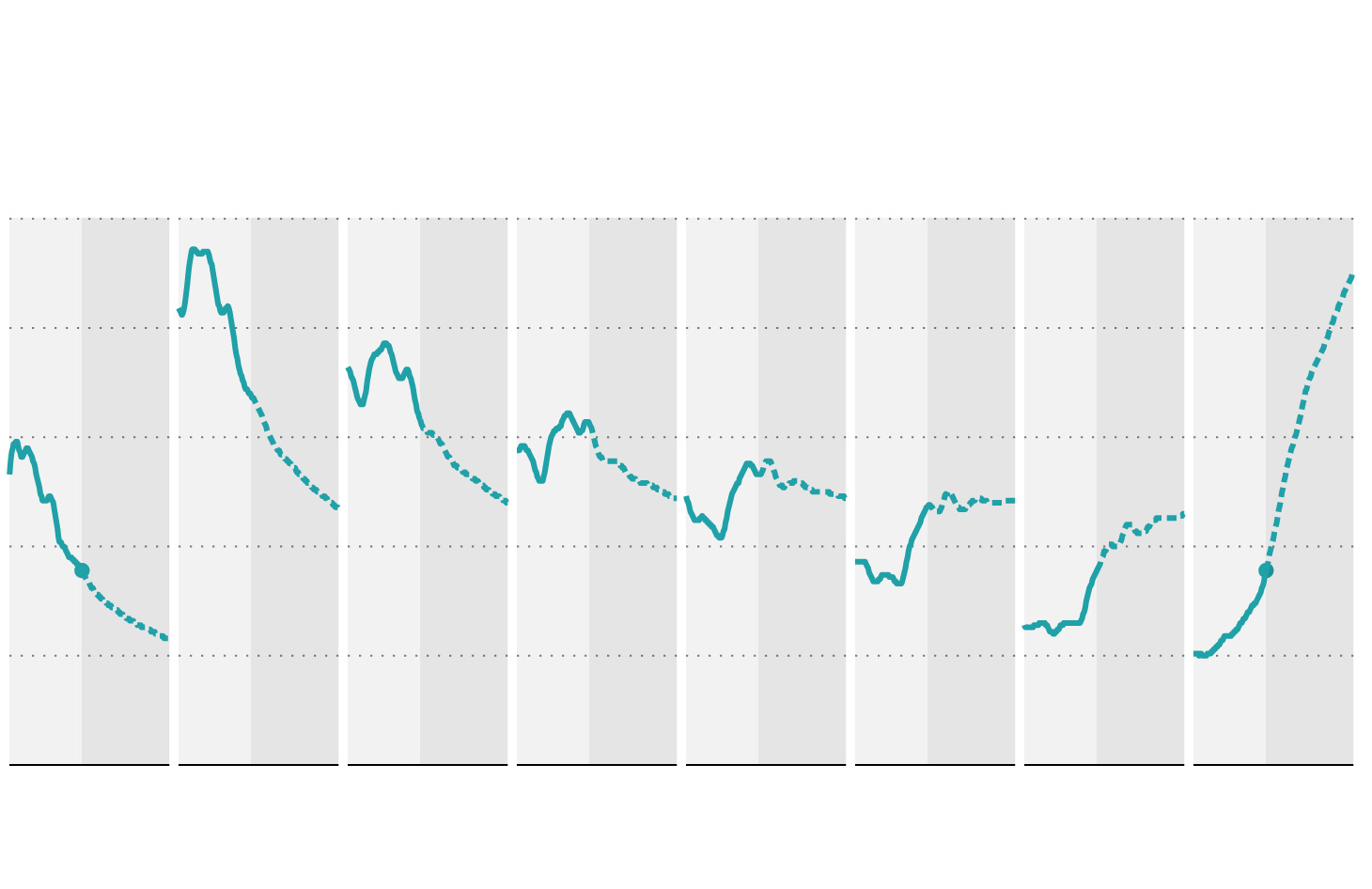 Increased longevity is a remarkable human success story, but having more elderly people also creates a number of pressing socioeconomic concerns. The global population will continue to age as these two groups grow in opposite directions. By 2050, the proportion of the population aged 65 and older will rise to nearly 16 percent—more than double that of children under five.

“The triangle-shaped population pyramid is a thing of the past in many countries—now it’s shaped like a barrel,” says researcher Toshiko Kaneda of the Population Reference Bureau. Fertility declines, the main driver, along with longer life expectancies shaped this new pattern.

Population pyramid graphs help demographers show age distribution as a percentage of the population that falls in each age bracket. More rectangular graphs like a barrel signify that population growth is slowing, and that population size is more or less uniform across age groups, while triangle-shaped ones indicate the population is young and growing.

Most developed countries have been aging for a century, giving them time to prepare for the societal-wide changes. But developing countries will become old before they become rich, Kaneda explains. Many countries in Latin America and Asia are aging much faster and have less time and resources to prepare their pension and health-care systems.

What are the consequences of an older global population? Supporting elderly people is more expensive than caring for young ones. Pressing issues arise like how to provide long-term care, structure pension systems, and maintain a labor force. In developed regions like Europe, where 10 percent of the population over age 50 is childless, elderly care is a major worry.

oldest population won’t do the same 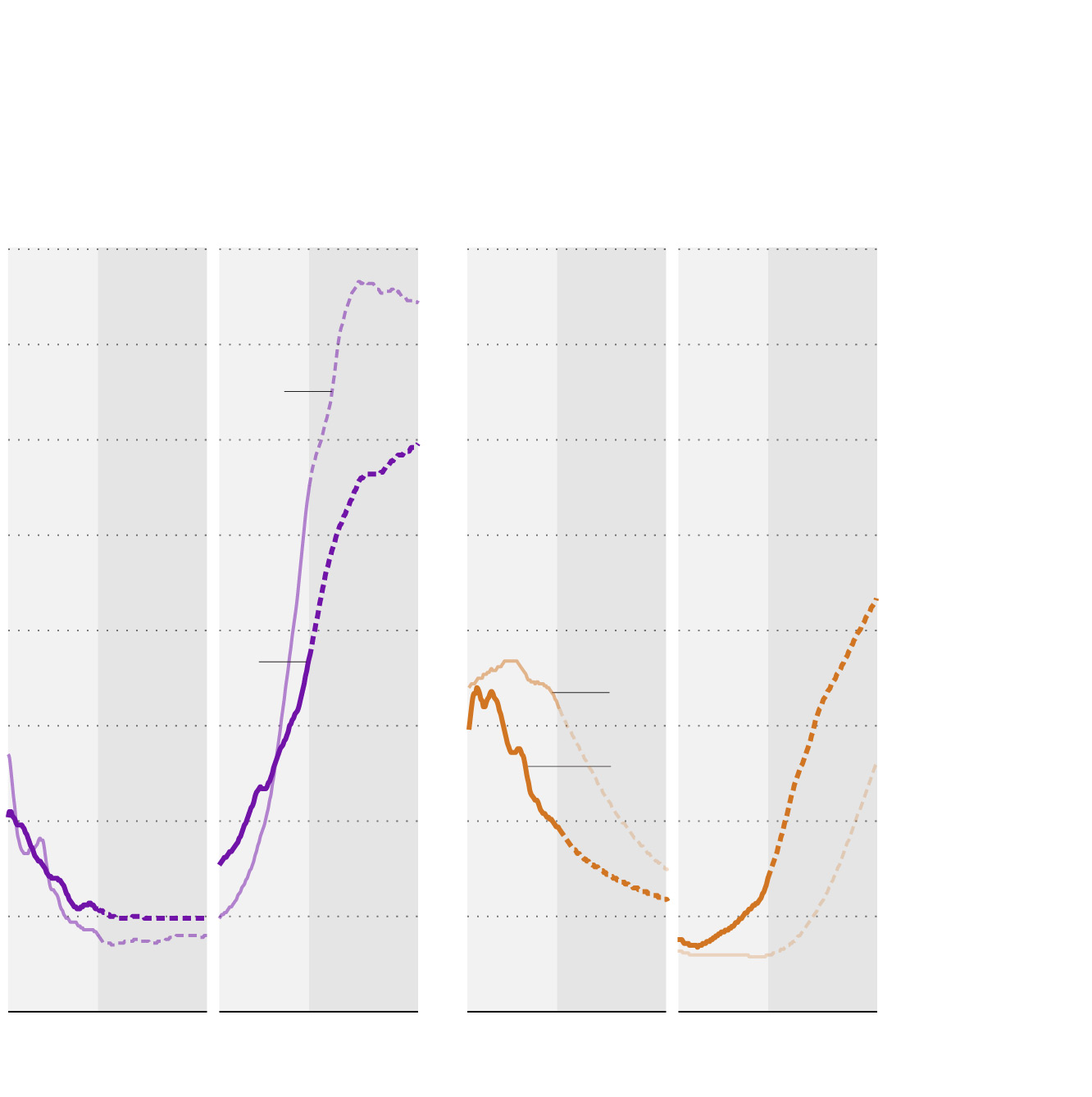 Sub-Saharan Africa’s oldest population won’t do the same until 2079.

“Not a single country has been able to reverse declining trends in fertility despite government pleas for people to procreate as has been done across Europe and in Japan,” Kaneda says. “The aging trend is persistent.”

Fertility rates are near or below replacement level in all world regions except Africa.

Sluggish economic development, limited improvement in female access to education, and increases in mortality due to the AIDS epidemic have kept the continent relatively fertile.

Some developing countries have taken the opposite approach of aging countries like Japan and Italy by using policy measures to limit reproduction. China and India introduced family planning initiatives in the 1970s, but China’s had more impact and is aging faster as a result.

But declining fertility rates can have positive effects too, says Kaneda. When fertility rates decline but the population hasn’t aged yet, governments can spend more on secondary and higher education, and boost the economy. Both Thailand and South Korea have seized the opportunity during this ideal population structure grace period.