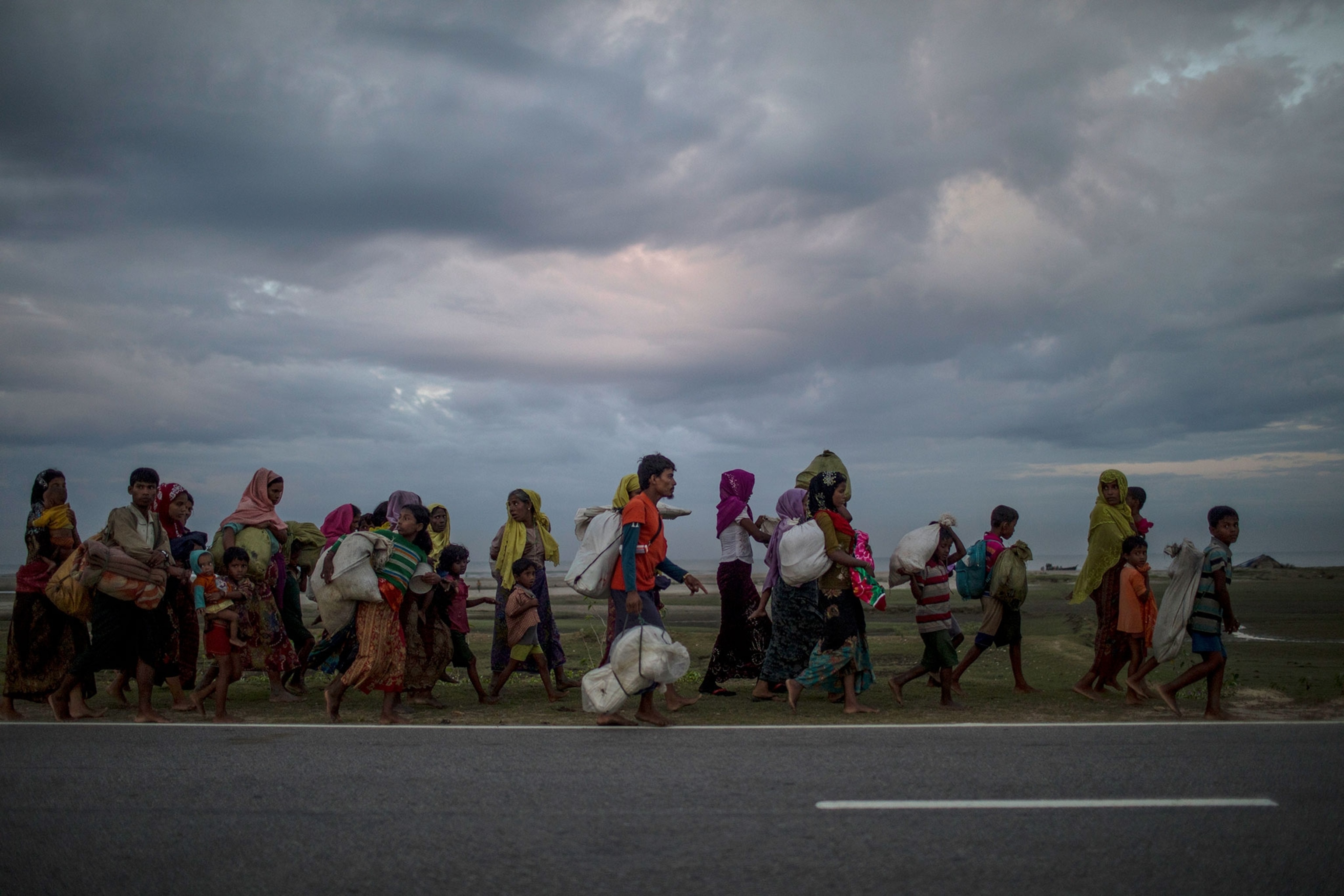 Homo sapiens have been on the move from almost their beginnings. Climate-caused floods, drought, and water shortages will likely join the list of reasons to migrate.

Migration is defined as “movement from one country, place or locality to another.” Ever since the earliest humans began to spread from Africa, humans have been on the move. Even today, 3 percent of the world’s population—at least 258 million people—live outside of their country of origin. Whether voluntary or forced, migration has profoundly shaped our world.

The earliest migrants were ancient humans who originated on the African continent. Their spread to Eurasia and elsewhere remains a matter of significant scientific controversy. The earliest fossils of recognizable Homo sapiens were found in Ethiopia and are approximately 200,000 years old.

The “out of Africa” theory posits that around 60,000 years ago, Homo sapiens dispersed across Eurasia, where they met and eventually replaced other human ancestors like Neanderthals. However, that theory has been challenged by evidence of migrations from Africa to Eurasia 120,000 years ago. Either way, early humans are thought to have migrated to Asia either across a strait that lies between the Horn of Africa and what is now Yemen, or via the Sinai Peninsula. After spreading to southeast Asia, early humans are thought to have migrated to Australia, which shared a landmass with New Guinea at the time, then to Europe, then to the Americas.

Those migrations were likely driven by climate, food availability, and other environmental factors. As time passed and cultures became less nomadic, war and colonialism began to fuel migrations, too. The ancient Greeks expanded their dynasty with a laundry list of colonies. Ancient Rome sent its citizens as far north as Britain. Imperial China, too, used its military to expand its borders and house refugees in ever farther-flung borderlands.

Migration has long been characterized and complicated by war, enslavement, and persecution. Jews fled their ancestral lands after waves of exile and the destruction of Jerusalem in 70 A.D., creating a widespread diaspora. At least 12 million Africans were enslaved and forced to relocate to the Americas during the transatlantic slave trade between 1500 and the 1860s. In the aftermath of World War II in 1945, hundreds of thousands of Holocaust survivors and other civilians became displaced persons, emigrating to Western Europe, the territory of British-Mandate Palestine that later became Israel, and the United States. And at the end of the Vietnam War, over 125,000 people from Vietnam migrated to the United States in the face of a humanitarian crisis.

Watch: In just weeks, hundreds of thousands of people of the Rohingya ethnicity have fled persecution in Myanmar.

They weren’t the last: Migration continues in the 21st century, driven by famine, natural disasters, and human rights abuses. Beginning in 2013, migrants from North Africa and the Middle East began to move in increasingly larger numbers into Europe, seeking to escape poverty and political instability in their homelands. The migrant crisis stretched European resources thin, fueling xenophobia and frustration even in welcoming states. And hundreds of thousands of Rohingya people have been forced to migrate to Bangladesh from Myanmar despite centuries of history in their homeland.

In the future, the changing climate may fuel even more mass movements. A 2018 World Bank report found that more than 143 million people may soon become “climate migrants,” driven from their homes by floods, droughts, and water scarcity. No matter the reasons, migration will likely continue as long as there are humans—and as long as there are places to go.