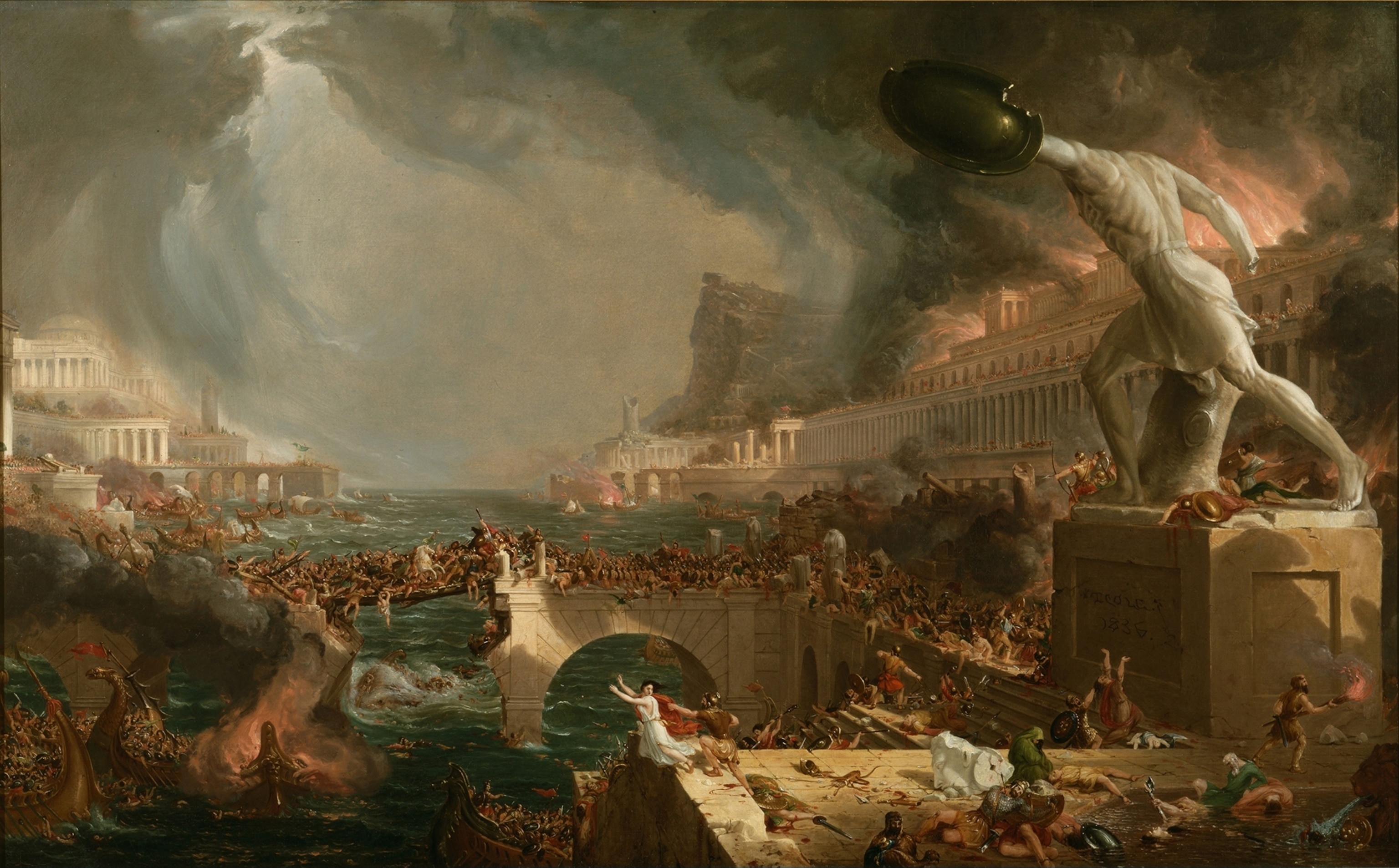 The Vandals sacked Rome, but do they deserve their reputation?

Their name is synonymous with destruction, but the group may not deserve such a harsh legacy.

Over the centuries, their name became so interchangeable with destruction that it became its synonym. But it turns out the Vandals, a Germanic tribe that managed to take over Rome in 455, may not deserve that connotation.

The first known written reference to the tribe was in A.D. 77, when Pliny the Elder mentioned “Vandilii.” However, the Vandals’ roots are uncertain, and their early history is contested. They are thought to have migrated into what is now Germany from Scandinavia. They may also have included members of the Przeworsk culture, an Iron Age culture that lived in what is now Poland. Historians think they were farmers and cattle herders.

During the 2nd century A.D., the Vandals began clashing with the Roman Empire. They participated in multiple wars along the Roman frontier, including the Marcommanic Wars along the Danube River, which raged from the 160s A.D. through 180.

A people on the move

A more significant migration toward Rome occurred when the Huns pushed “barbarian” tribes, including the Vandals, south and west into the Roman Empire beginning in the 370s A.D. During this time, the Vandals adopted Christianity, espousing Arianism. This belief that Christ was not equal to God put them in conflict with the Church.

As they traveled, the Vandals duked it out with the locals, capturing territory as they went. In 406 A.D., they crossed the Rhine River, pouring into first Gaul, then what is now Spain, then northern Africa. They captured Carthage (in what is now Tunisia) in 439 A.D.

Gaiseric (also known as Genseric), the Vandals’ king, made Carthage the Vandals’ capital, and conquered more and more Roman territory as the years went on. Carthage’s strategic location on the Mediterranean gave the Vandals an advantage, and they became a formidable naval power. “If the Romans ever attempted a naval assault on [Gaiseric’s] realm in North Africa,” writes historian Thomas J. Craughwell, “the Vandal fleet in the Mediterranean could intercept the Roman ships before they came anywhere near Carthage.”

Desperate, the Roman Empire recognized the Vandals and made a treaty that ensured they would leave Rome itself alone. The Vandals adopted many facets of Roman culture, including its dress and arts.

Spanning over a thousand years, ancient Rome was a civilization of constant evolution. This great empire flourished through innovation and incorporation of the diverse cultures they conquered, such as the adoption of Latin and gladiatorial combat. Learn about the rise and fall of this ancient civilization and how its influence still endures today.

But the Vandal king was a shrewd observer of Rome’s disintegrating empire. In 455 he saw his opening when Petronius Maximus murdered the current Roman Emperor, Valentinian III. Gaiseric declared the Vandals’ treaty with Rome invalid and marched on Rome.

The sack of the Roman capital made history books, but was not the violent event many assume. Though the Vandals were considered heretics by the early Church, they negotiated with Pope Leo I, who convinced them not to destroy Rome. They raided the city’s wealth, but left the buildings intact and went home.

Years of clashes followed. Between 460 and 475 A.D., the Vandals successfully repelled a Rome now intent on taking back what it had lost. But Gaiseric’s death sounded the death knell for the Vandals. In 533, the Romans took back North Africa, expelling the Vandals for good.

Their kingdom had ended, but their legacy never did. To this day, “vandal” is associated—perhaps unfairly—with the group’s successful sack of Rome.