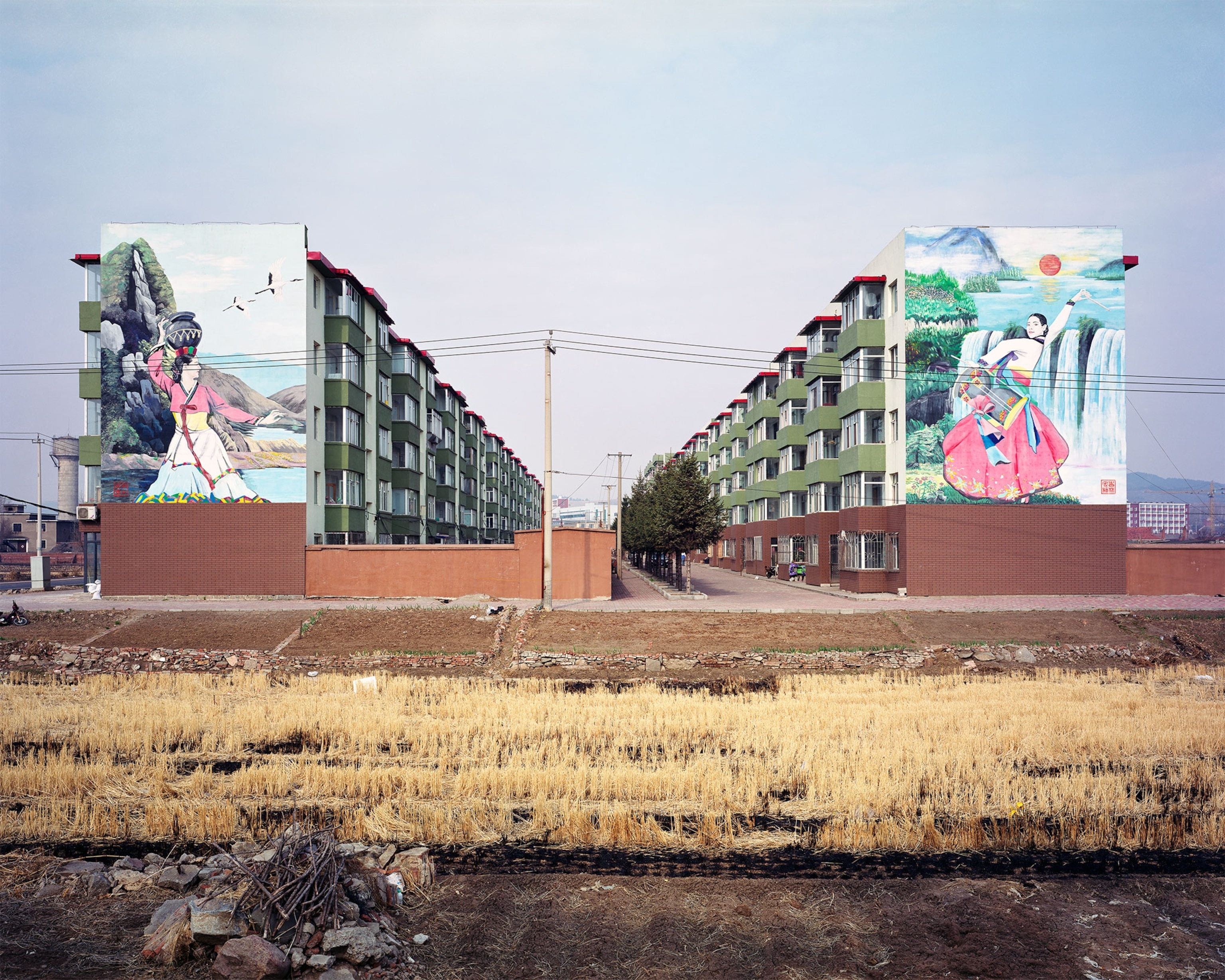 The young and lonely hearts of China’s shrinking cities

As China struggles to revive its industrial heartland, its young people grapple with isolation.

Longjing in Jilin province, China, which borders North Korea, is home to a large Korean community.
Photograph by Ronghui Chen

We tend to think of Chinese cities in the context of expansion, but the reality is much more complex. It is true that in the last few decades Chinese cities have drawn millions of domestic migrants, emptying out rural villages. But another consequence of China’s economic miracle is often overlooked—its shrinking cities.

In 2016, Beijing City Lab, an academic network studying urban development in China, reported that more than a quarter of Chinese cities lost inhabitants from 2000 to 2010.

“Underrepresented, understudied, and underreported,” Ying Long, associate professor of Tsinghua University’s School of Architecture in China who led the study, says of the cities with declining populations.

Intrigued by the phenomenon, photographer Ronghui Chen began visiting the northeastern region in late 2016. His first destination was Yichun, in Heilongjiang, China’s northernmost province. The winter there is brutal, with temperatures frequently plummeting to -30F. Chen found young people in gyms and internet cafés, and on video-streaming apps, a popular way for Northeasterners to beat boredom and earn cash. Many wrestle with leaving for the promise of the big city, often lamenting that their small cities have little to offer them. Family and other responsibilities are a key reason some stay behind as their peers move to bigger, thriving, more energetic cities.

Yichun was founded in 1958 as a lumber outpost surrounded by dense boreal forests. Since then, it has grown to a city with more than one million inhabitants. Timber from Yichun made up 10 percent of all timber used in construction in China, according to ChinaDaily. Su Yan, a 27-year-old civil servant from Yichun, refers to the city’s abundant forestry resources as “gold sands dripping from the sky.”

“If you can’t catch everything with your hands, the sands will slip through your fingers,” he says. “No matter what, you’ll be rich.”

Xiao Yue, 21, is a saleswoman at a fitness center in Shuangyashan, Heilongjiang province. She says that during the Northeast’s frigid winter people prefer to stay indoors. As going to the gym becomes more popular, she hopes to sell more fitness packages.

Photographs by Ronghui Chen
Please be respectful of copyright. Unauthorized use is prohibited.

Like many people who worked for the local government, Yan’s parents were once considered socialist elites, enjoying job security and cradle-to-grave benefits. He remembers that bygone era fondly. “Oil, rice, meat, eggs, vegetables…” Yan lists items his parent received from work when he was a child. These handouts arrived often and in large quantities, enough for his family to live on for months. “If you don’t go out and buy yourself some new clothes, there’s no way you can spend your salary.”

But over-logging quickly exhausted the very resource Yichun was built to exploit, and an economic downturn ensued in the 1990s. The city began to limit commercial logging, and in 2013, banned it entirely. “People really didn’t care about the ban in the beginning,” Yan says. “At first, loggers received oral warnings, then came the fines, jail time, and prison terms. Slowly and slowly, no one logged.”

Learn how illegal logging is becoming more dangerous for criminals.

The lack of jobs forced the able-bodied out to larger, more prosperous cities. Between 2000 and 2010, Yichun’s population declined eight percent, according to China’s National Population Census.

Many cities Chen photographed in the northeast share a similar fate. The population of Heilongjiang’s Fularji, known as the heart of China’s heavy industries, dwindled 10.3 percent between 2000 and 2010, according to government population census. For Longji, in Jilin, whose ethnic Korean residents have migrated to South Korea for jobs, that number was 18 percent. In Fushun, located in Liaoning, a factory town at the center of a revitalization effort, the loss was smaller, only three percent, according to data compiled by Beijing City Lab.

Compared with cities in the American Rust Belt, the shrinkage rates of Chinese cities may seem insignificant. Detroit, for example, lost 25 percent of its population between 2000 and 2010. But the large quantity of China’s shrinking cities—and the fact that local officials are still planning based on false predictions of population expansion—made them unique, says Ying Long, the lead researcher of Beijing City Lab.

Read about the five factors influencing the future of cities.

After identifying 180 shrinking cities, Beijing City Lab found and studied the master plan documents of 63 cities, and all of them predicated population growth. “Only if there is population growth, can the government [acquire] and develop more land and get big projects,” he says.

In a system where local officials’ performances are overwhelmingly judged based on the economic well-being of their jurisdiction, the idea of shrinking cities is almost a political taboo.

A mirror leans against a wall covered with Korean carpets in Longjing, 2017.

The Haun twins, 22, sell clothing in Fularji, but at times they did not make any money. "We plan to move to Zhejiang province,” they said.

“Many people in China hold a deep-rooted idea of urbanization, which is that cities need to expand, populations need to grow,” Long says, adding that for many, “a contracting city can only mean decay.”

Long hopes that planners can shift the focus to the people who continue to live in cities as they become smaller. “The most important thing in city planning should come down to fulfilling the quality of lives of people who remained,” he says.

Su Yan doesn’t see how his city’s fate can be overturned since so many young people have left. He estimates that 60 percent of his high school class has moved to work in bigger, more prosperous cities—a choice he had made too when he graduated from college in Harbin, Heilongjiang’s capital. Until his business failed and his father, still in Yichun, became ill.

See the young people in Japan who choose a life of isolation.

Once Yan went home, his parents secured a job for him with a guaranteed income at a government-owned sports hall. Life became comfortable—and predictable. “My job now is to sit, or sometimes lie down, in the entrance office of the gym. When someone comes in, I check his membership card,” Yan says.

Yan struggles to find friends and misses the excitement big cities offer. A fan of American singer Bob Dylan and the fast-food restaurant Burger King, which he frequented while living in the capital Harbin, Yan often complains about Yichun. “Not even the least-known musicians want to have a concert here. And if you want to have a different lifestyle, you have to achieve that through the internet or something,” he says. “But now my parents are old and my girlfriend is here too. To leave takes more than courage.”

Ye Ming is a writer and photo editor based between Berlin, Germany and Qingdao, China.
Ronghui Chen is a Chinese photographer and storyteller based in Shanghai, China whose work focus on China’s urbanization. See more of his work on his website or by following him on Instagram.