The last five years were the hottest ever recorded

The planet is warming up, and there’s no sign of stopping.

According to new reports published Wednesday, the last five years—from 2014 to 2018—are the warmest years ever recorded in the 139 years that the National Oceanic and Atmospheric Administration (NOAA) has tracked global heat. And 2018 was the fourth hottest year ever recorded.

Global air temperatures have warmed steadily over past decades, shifting up and down slightly from year to year depending on natural climate oscillations like El Niño, but following a consistent upward path. Land temperatures, they said, were more than two degrees Fahrenheit warmer than the 20th century average. 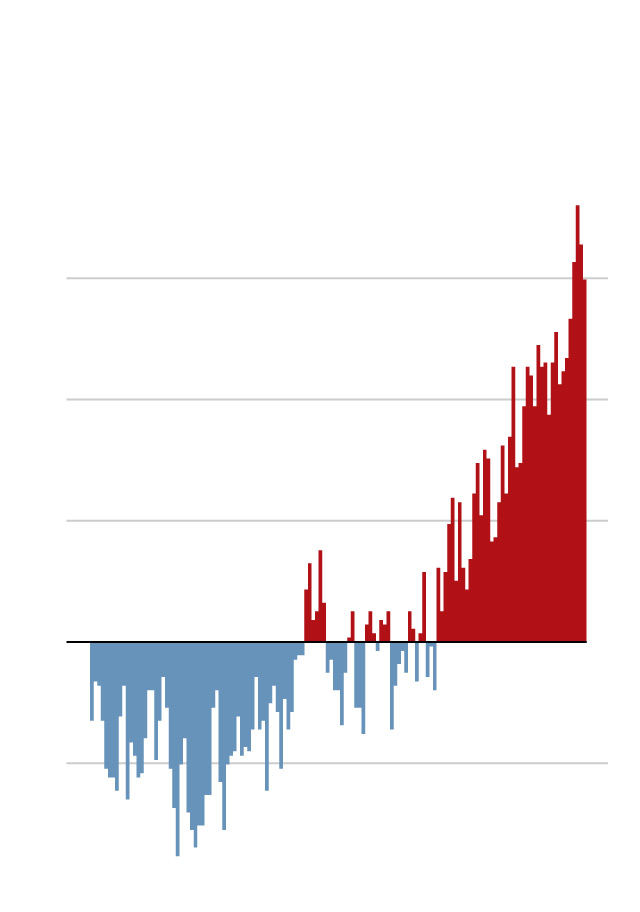 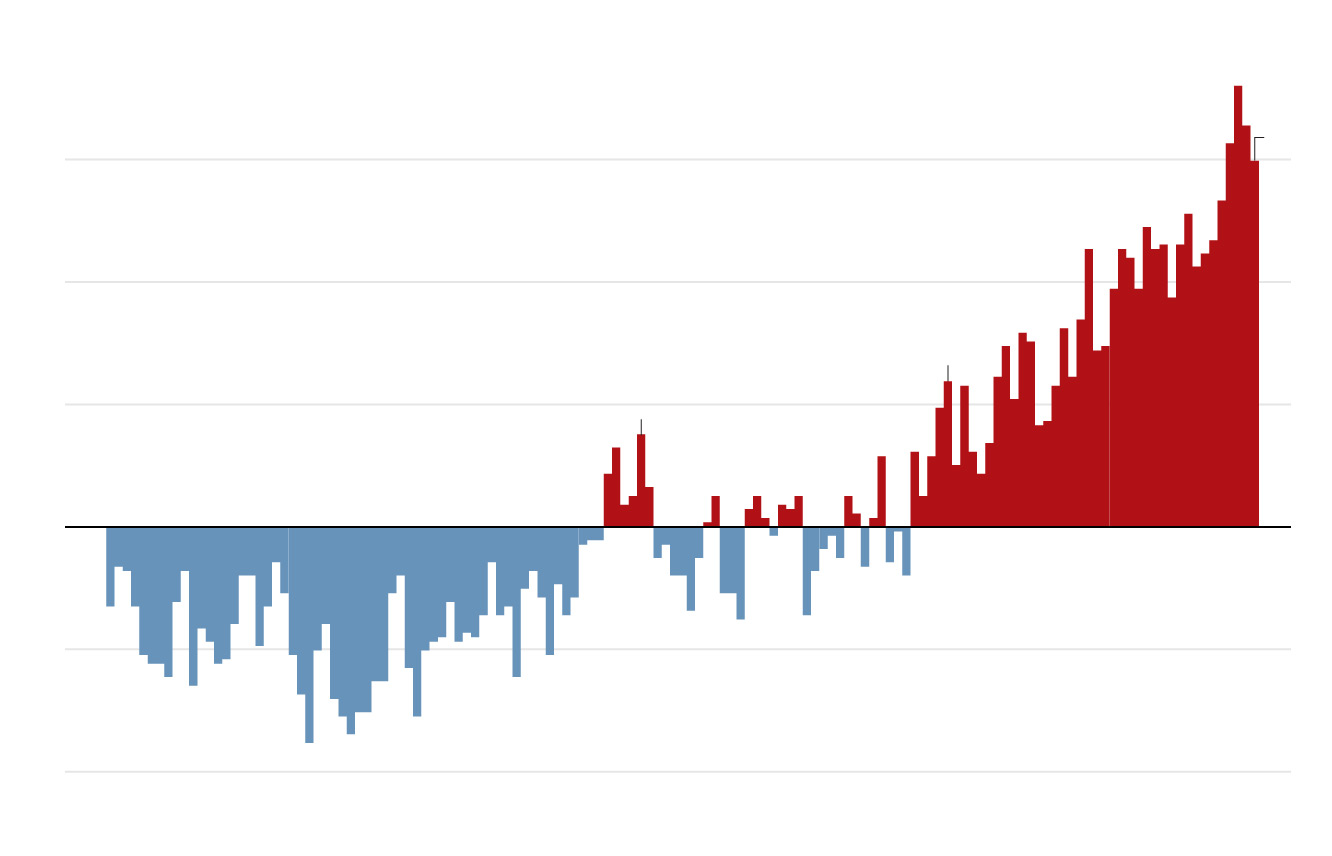 Difference from 1951-80 average, in degrees Fahrenheit

“It’s a long-term trip up the elevator of warming,” says Deke Arndt, the chief of the global monitoring branch of NOAA’s National Centers for Environmental Information in North Carolina.

A warming climate doesn’t simply heat up summers and keep winters from getting as cold as they used to: It can also disrupt weather patterns, making storms stronger and rain events more intense. It can change when and where snow falls or lakes freeze. And it may reprogram the very ways that oceans circulate.

"2018 was an exclamation point on a trend toward more big rain," says Arndt.

But the ever-increasing heat is also a challenge for humans and living creatures around the world. Heat waves from Europe to Australia roiled the planet this past year, breaking temperature records and fueling devastating wildfires. The European heat waves, scientists discovered, were about five times more likely because of human-induced climate change. The wildfires that wracked the western U.S. were also intensified by climate change, scientists have determined, as heat and drought sucked water out of vegetation, leaving it dry and flammable as kindling.

Rising temperatures also contributed to a growing inventory of weather-related disasters. In 2018, NOAA says, there were 14 weather and climate events that cost the country hundreds of lives and $1 billion dollars or more, for a total of at least 247 deaths and $91 billion in damages. Hurricanes Florence and Michael, which devastated the communities through which they ripped, were the most destructive, with western wildfires following closely behind.

The forecast for coming years points to more of the same. The U.K.’s Met Office predicts that 2019 will likely be even warmer than 2018, at least in part driven by a developing El Niño event, which nearly always bump global temperatures up. But scientists stress that greenhouse gas emissions are the primary factor pushing temperatures higher both in past decades and into the future.