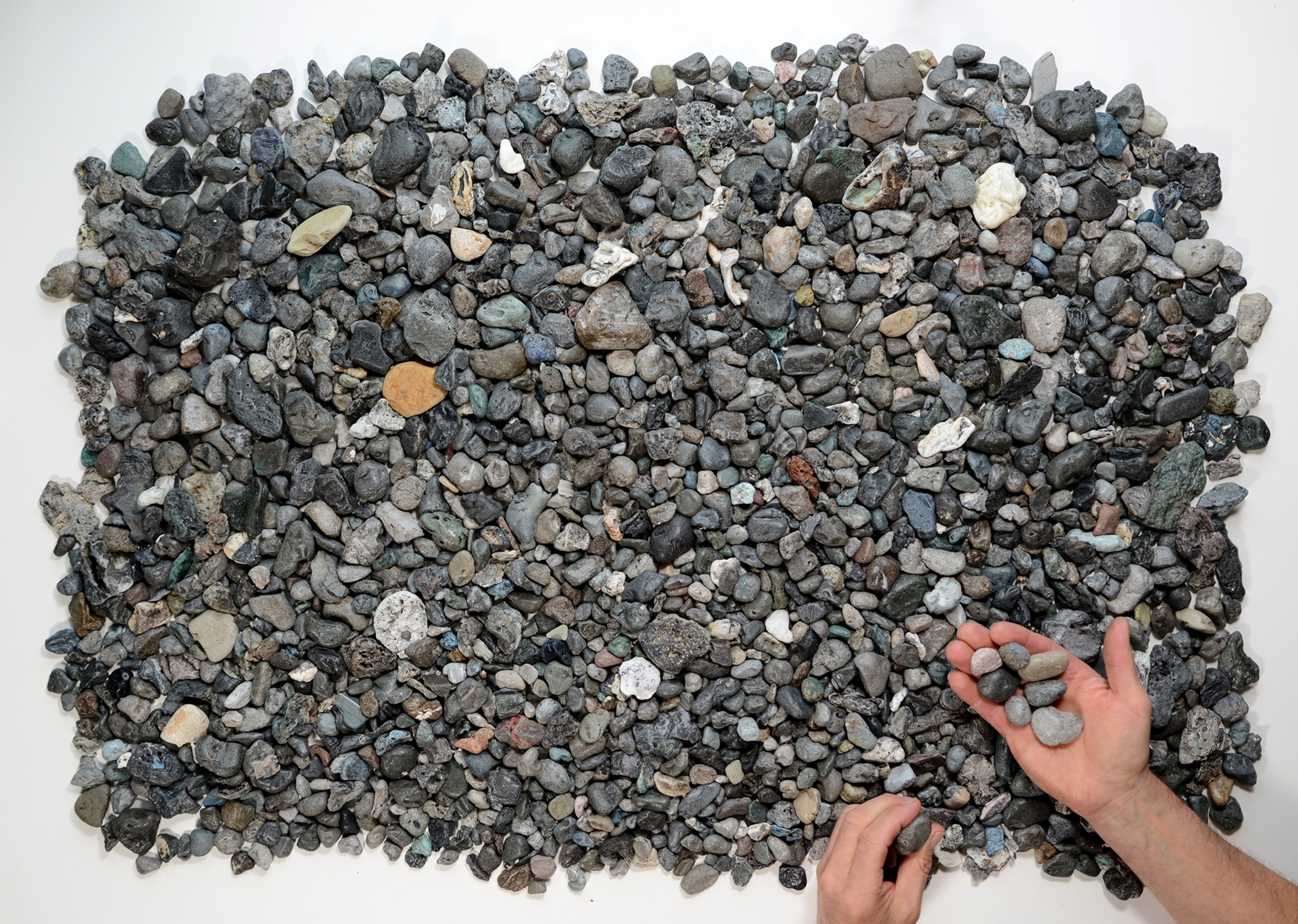 Pieces of plastic that are gray, round, and resembling rocks and pebbles are hiding in plain sight on the beaches of southern England.

Pyroplastics collected on the beaches of Cornwall.
Photograph by Rob Arnold

But start picking them up and handling them, and you’ll soon discover that some of these seemingly nondescript rocks aren’t rocks at all.

This is pyroplastic—a newly described form of plastic pollution that was transformed by fire. Even geologists are often confounded by its appearance. To Andrew Turner, an environmental scientist at the University of Plymouth who described the substance in a recent paper in Science of the Total Environment, that suggests pyroplastics may be hiding in plain sight all over the world.

“Because they look geological, you could walk by hundreds of them and not notice,” Turner says.

Turner first caught wind of this strange new addition to the lineage of human litter several years back, when he was contacted by volunteers with the Cornish Plastic Pollution Coalition, a constellation of groups that organize cleanups on the heavily touristed beaches of Cornwall County.

Beachcombers were turning up strange facsimiles of pebbles and stones—plastic impersonators that were light enough to float in water. Some volunteers, Turner says, had collected thousands of them. Environmental artist and Cornwall native Rob Arnold even created a display for a local museum that tasked visitors with spotting the real rocks amidst the plastic. Very few could.

“It was very successful and quite a shocking really,” Arnold says. “People were just amazed this pollution was out there and they hadn’t seen it.”

About a year ago, Turner decided to study the phenomenon more systematically. While he received samples from Scotland to British Columbia after putting a call out on social media, his analysis ultimately focused on a collection of litter gathered along Whitsand Bay, a large, protected embayment that contains some of Cornwall’s best beaches. After taking some size and density measurements, his team examined the plastics’ chemical makeup using X-ray and infrared spectroscopy.

The “stones,” they learned, were made of polyethylene and polyproplyene, two of the most common forms of plastic. They also contained a smorgasbord of chemical additives, but the one that jumped out at the researchers most was lead, which often appeared alongside chromium.

Turner believes these are the traces of lead chromate, a compound manufacturers added to plastics decades ago to give them a vibrant yellow or red coloration. Those colors, he says, were likely dulled by burning, an idea his team tested by melting down some brightly colored plastics in the lab. Sure enough, they turned a dark gray.

Years of erosion by wind and water, meanwhile, could explain the pyroplastics’ smoothed edges and weathered look.

“If you can imagine a pebble being geologically altered, it’d take hundreds of thousands of years,” Turner says. “I think we’re seeing the same thing on these plastics but occurring much more quickly.”

Where exactly the Cornwall pyroplastics originated is still a mystery. Turner suspects there could be many sources, from campfires—which have been implicated in the formation of a plastic-rock hybrid called plastiglomerate in Hawaii—to old landfill sites. Some of the stuff may have floated across the English Channel from the island of Sark—where recent reports indicate waste is being burned and dumped at sea—or all the way from the Carrbbean.

Regardless, pyroplastics are out in the world now, and Turner wonders what sorts of environmental hazards they could pose. Several of his samples contained worm tubes that appeared to be enriched in lead, suggesting animals can ingest the plastic and may be introducing heavy metals into the food chain.

Turner has shared some samples with a colleague in the United States who is conducting additional analyses to see whether they contain harmful organic compounds as well.

“If you burn plastic in uncontrolled environment, it can generate all sorts of nasty substances,” he says.

Beyond the immediate ecological effects, pyroplastic stands as yet another indicator of plastic’s ubiquity in the environment. Jan Zalasiewicz, a professor of paleobiology at the University of Leicester, wonders whether the stuff will wind up leaving a fingerprint in the rock record—sandwiched perhaps, alongside the traces of chicken bones and radioactive dust that will demarcate our fleeting geological moment.

Whatever fate ultimately befalls pyroplastics, it’s clear to Zalasiewicz that plastics are “becoming part of the geological cycle.”