Here's what a massive coronavirus lockdown would look like in the U.S.

China and Italy have enacted sweeping restrictions to stem the new coronavirus. This is how those efforts would map onto the States.

Two massive lockdowns are already under way—the entire country of Italy and China’s Hubei province, both home to some 60 million people. Governments there have set drastic limits on domestic travel and social gatherings and have shuttered businesses and schools in a desperate effort to limit the spread of the coronavirus. The geographic size of these two areas may appear small compared to the U.S., but when studied by population, a different picture emerges. 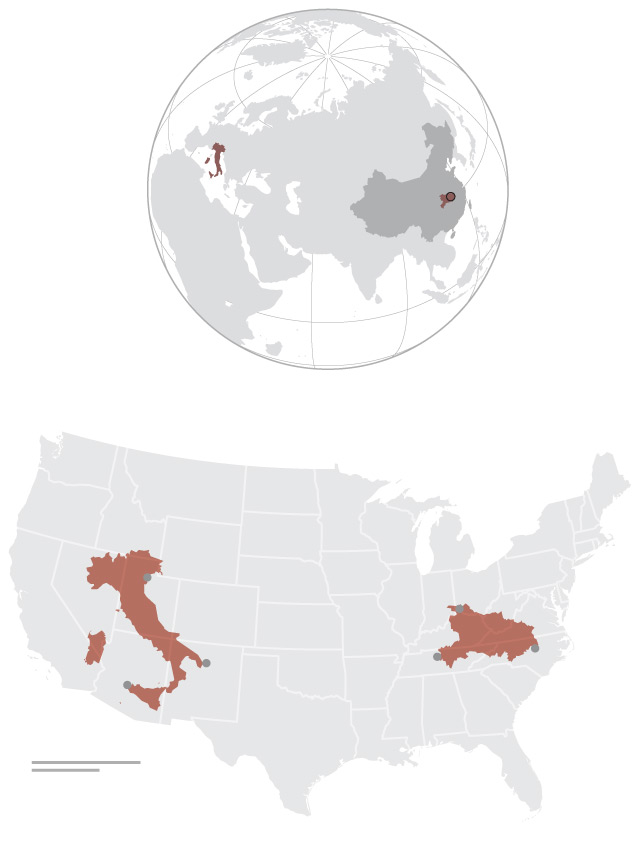 THIS MAP USES AN EQUAL-AREA PROJECTION.

THIS MAP USES AN EQUAL-AREA PROJECTION.

Some form of restricted zone encompassing 60 million people in the United States would cover all the citizens in California, Washington, Oregon, Nevada, and Arizona combined—or an entire swath of the country directly to the east of those western states. (Coronavirus is officially a pandemic—here's why that matters.) 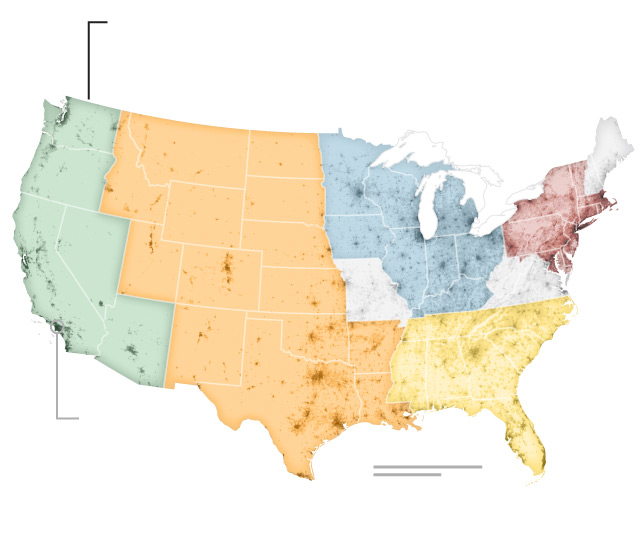 Each of the these colored regions has a similar population to Italy or Hubei province. 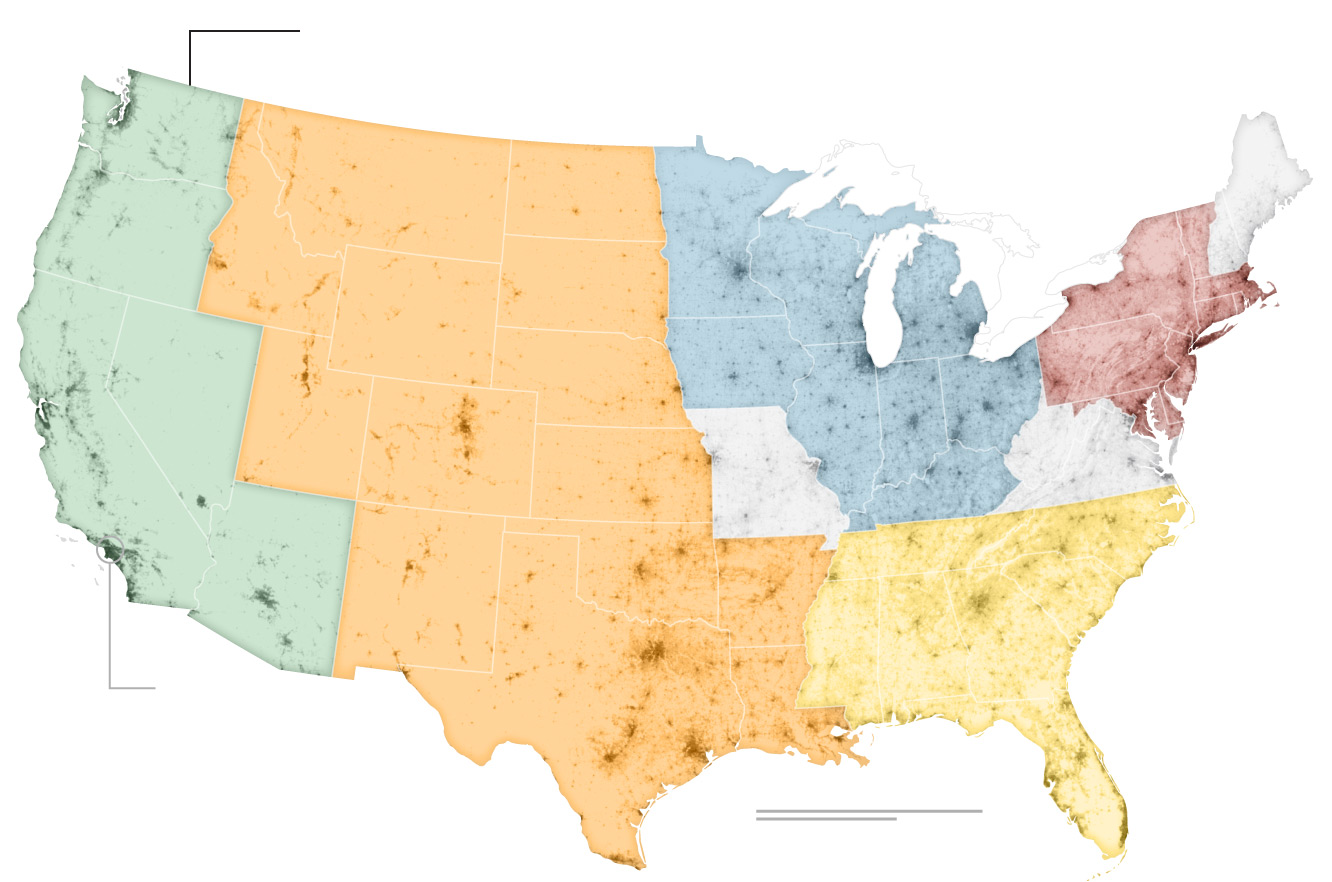 Each of the these colored regions has a similar population to Italy or Hubei province.

The sweeping measures in Italy and Hubei province are focused on severely restricting travel first and foremost. The restrictions vary but are geared toward keeping people in their homes and avoiding movement as much as possible. Public transport, from buses to planes and trains, has been curtailed or, in some cases, shut down entirely. Highways might be manned by checkpoints. Italians, for example, must get official permission if they need to travel within the country for work, health, or any other significant purpose. Schools are closed as are businesses, except those considered essential, such as grocery stores and pharmacies. “Social distancing” measures include businesses that are allowed to stay open enforcing a three-foot distance between customers. China’s clampdown began January 23 and quickly widened throughout Hubei province, a drastic move but one that is appearing to help, as the number of cases has been falling there. Italy’s countrywide limits, announced March 9, came as regional restrictions failed to stem the contagion and health systems became increasingly strained.

The designated “containment area” in New Rochelle, New York, calls for less drastic measures but is the first officially controlled zone in the U.S. All schools, houses of worship, and other public spaces are shutting down and large gatherings are banned. Free movement, however, is allowed. The National Guard has come in to disinfect common areas and to distribute food where needed; the containment area has a one-mile radius. (These are the people most at risk of becoming infected.)