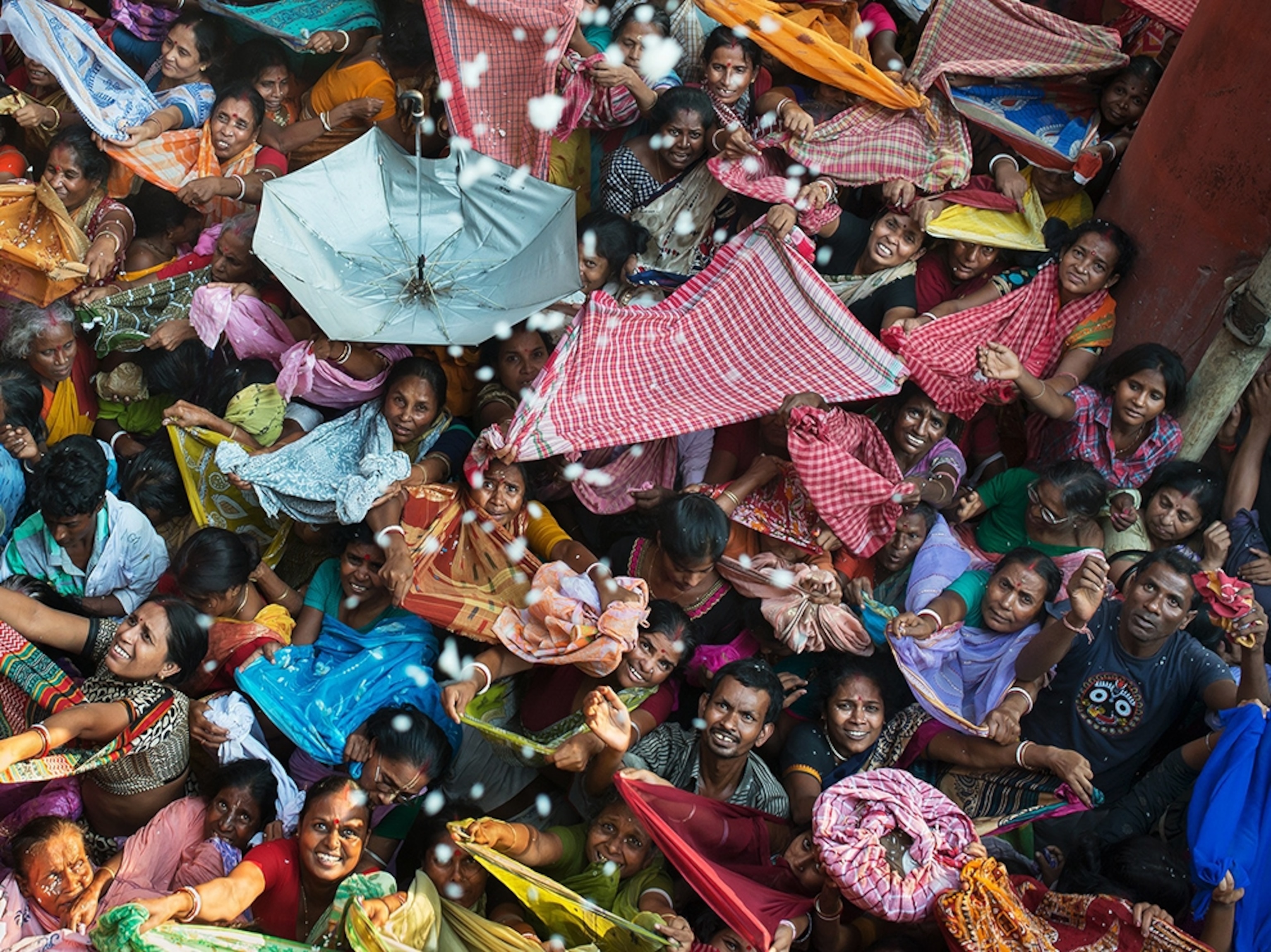 Devotees catch rice during Annakut (“heap of grain”) celebrations at a temple in Kolkata, India. “I was keen to capture the expressions on the faces along with the showering food,” writes Your Shot member Sudipta Maulik. “I planned to take the photograph at the moment the food was thrown from just [behind] me on the first-floor veranda of the temple building. I had to wait for a few hours to take it, as there was no way to enter or exit the temple until the end.”

Maulik’s picture recently appeared in the Your Shot Assignment The Story of Hunger and Hope.