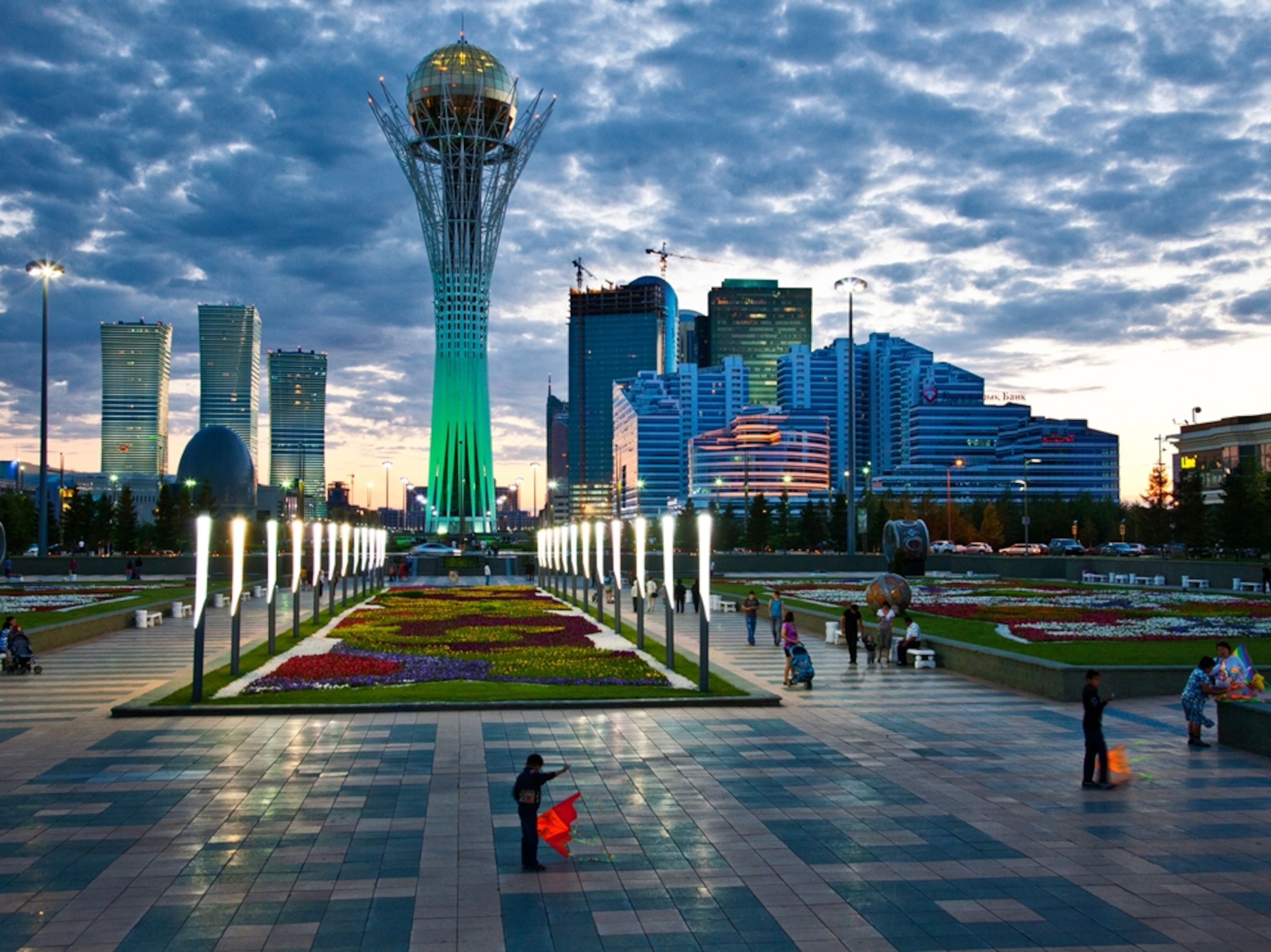 The Baiterek, towering over the central promenade in Astana, Kazakhstan, flares green against a dappled evening sky. Intended as a symbol of the new capital, the 318-foot monument evokes a giant tree with a golden egg in its branches. In the Kazakh myth of Samruk, a sacred bird lays a golden egg in the branches of a poplar each year.


See pictures of the "Seven Stans" »