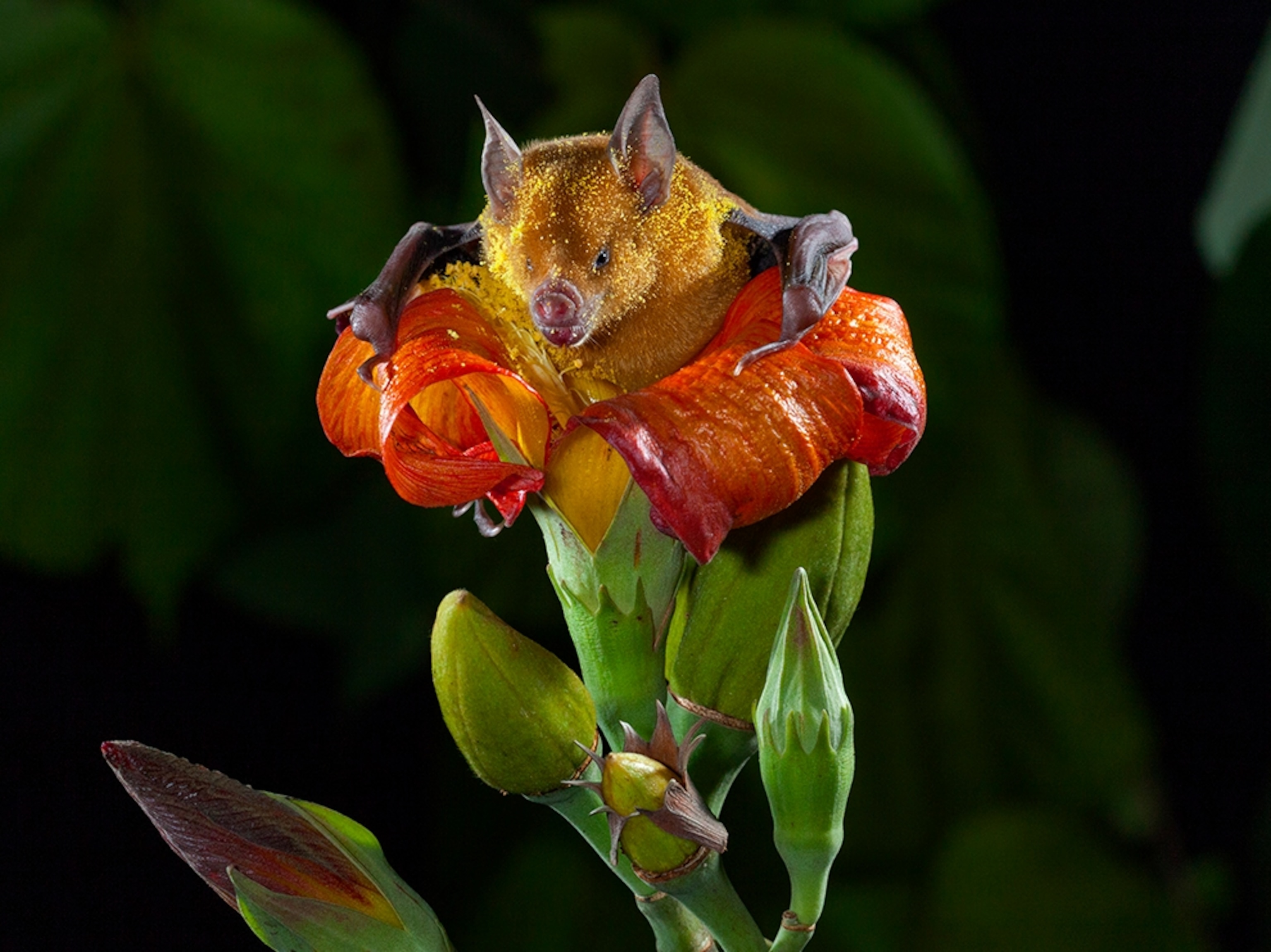 A pollen-gilded bat (Phyllonycteris poeyi) emerging from a flower of the blue mahoe tree (Talipariti elatum) demonstrates the carrying capacity of fur. This bat lives in eastern Cuba in a colony more than one million strong—a pollinating powerhouse.

For this shot, which appeared in a March 2014 National Geographic story on nectar-seeking bats, the feeder seen here was mist-netted as it approached the flower and released into photographer Merlin Tuttle’s portable studio. A set of blue mahoe branches and a flower indistinguishable from those where the bat was netted were placed in the studio. “After setting up a camera and flashes, we simply waited for the bat to come to the flower,” Tuttle says.

See more pictures from the March 2014 feature story “Call of the Bloom.”