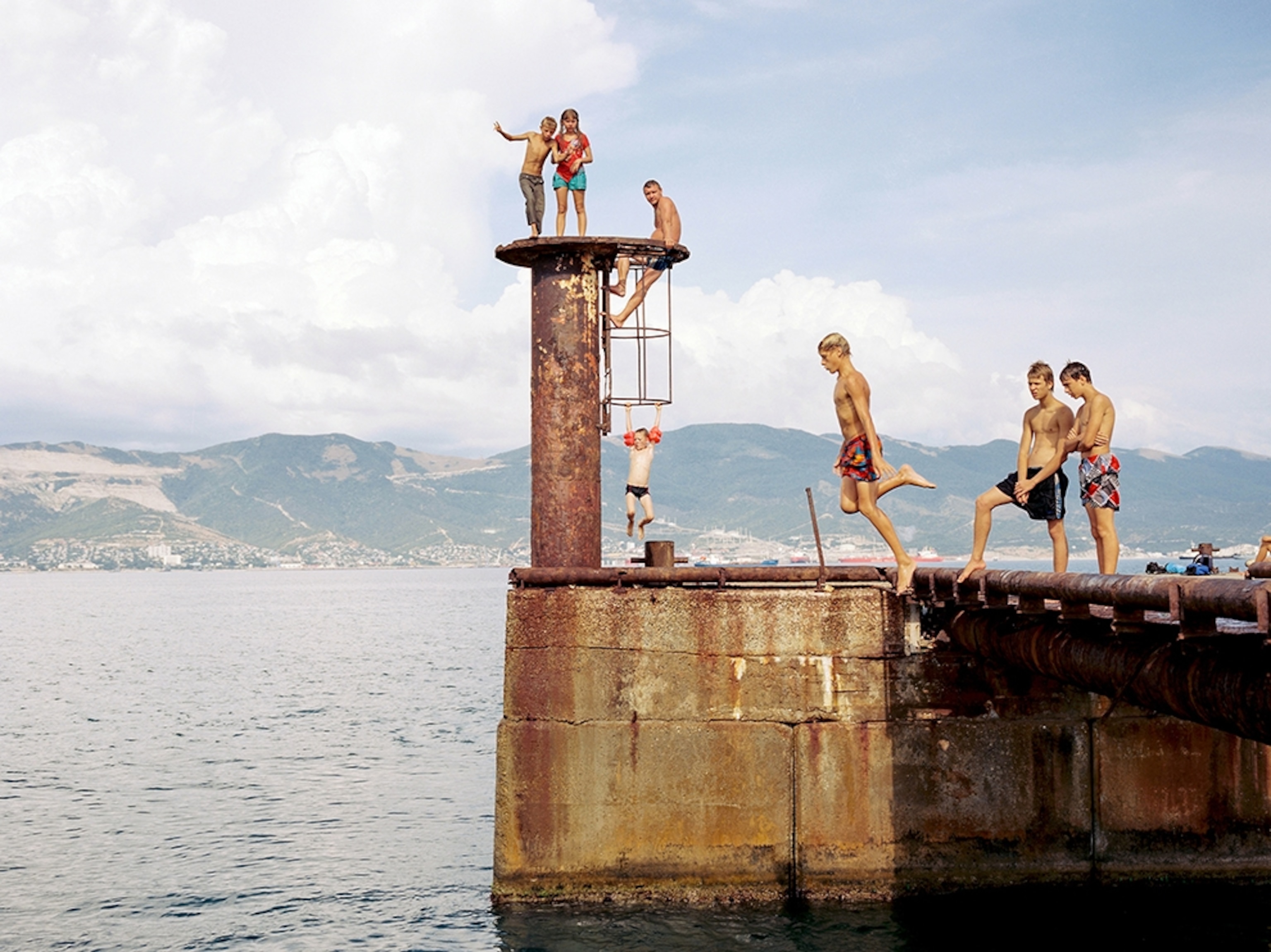 At Play on the Black Sea

A young man jumps into the Black Sea near Novorossiysk, Russia. In 1942, the town was occupied by Germans, but a small unit of Soviet sailors defended a part of the town known as Malaya Zemlya for 225 days. Novorossiysk was awarded the title of "Hero City" in 1973.