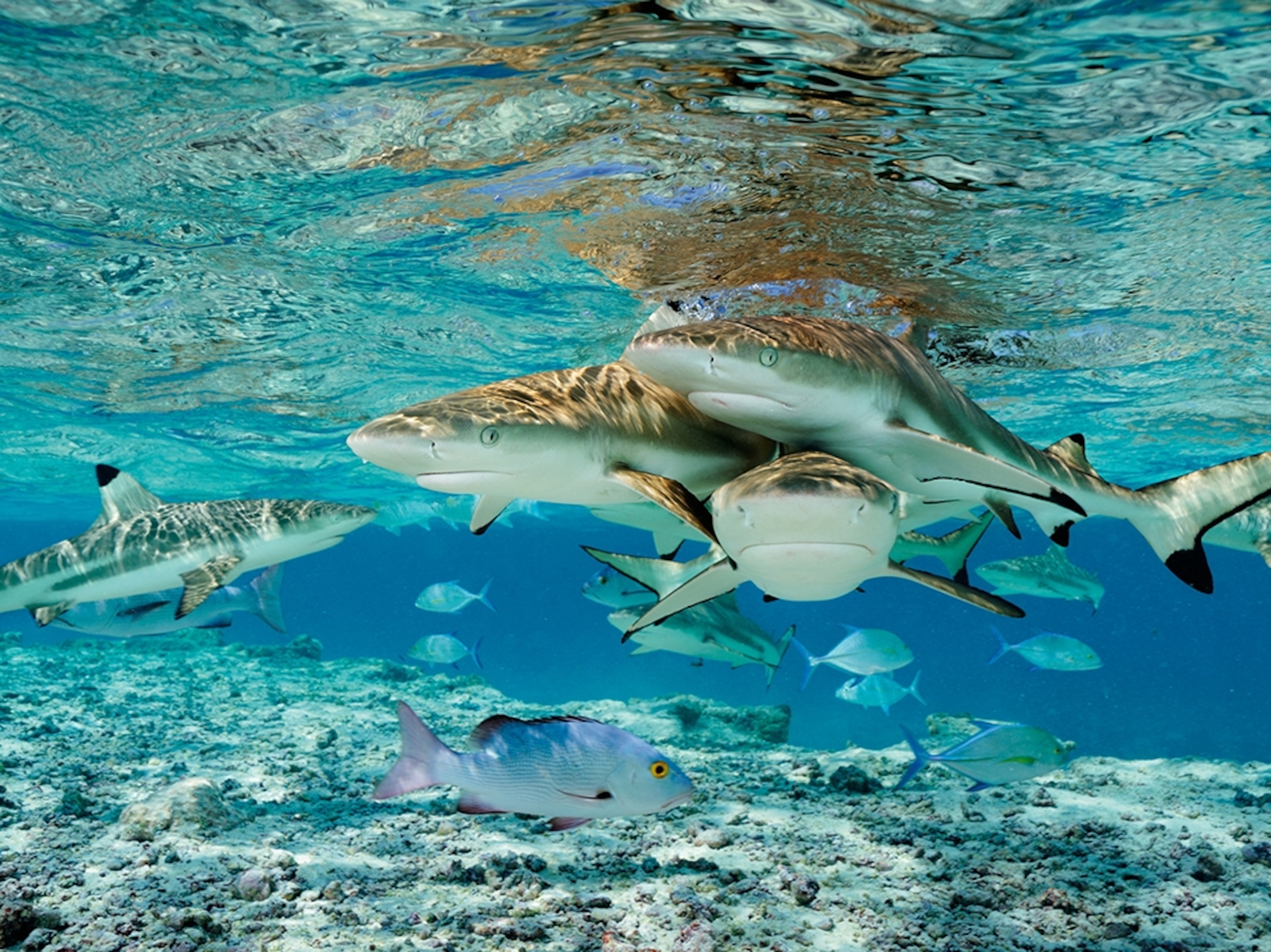 Blacktip sharks, bluefin trevallies, and twinspot snappers (foreground)—ever watchful for a potential meal—throng a shallow passage into the lagoon of Millennium Island in the southern Line Islands, a pristine Pacific archipelago. Top predators like these are a defining feature of the world’s healthiest coral reefs.