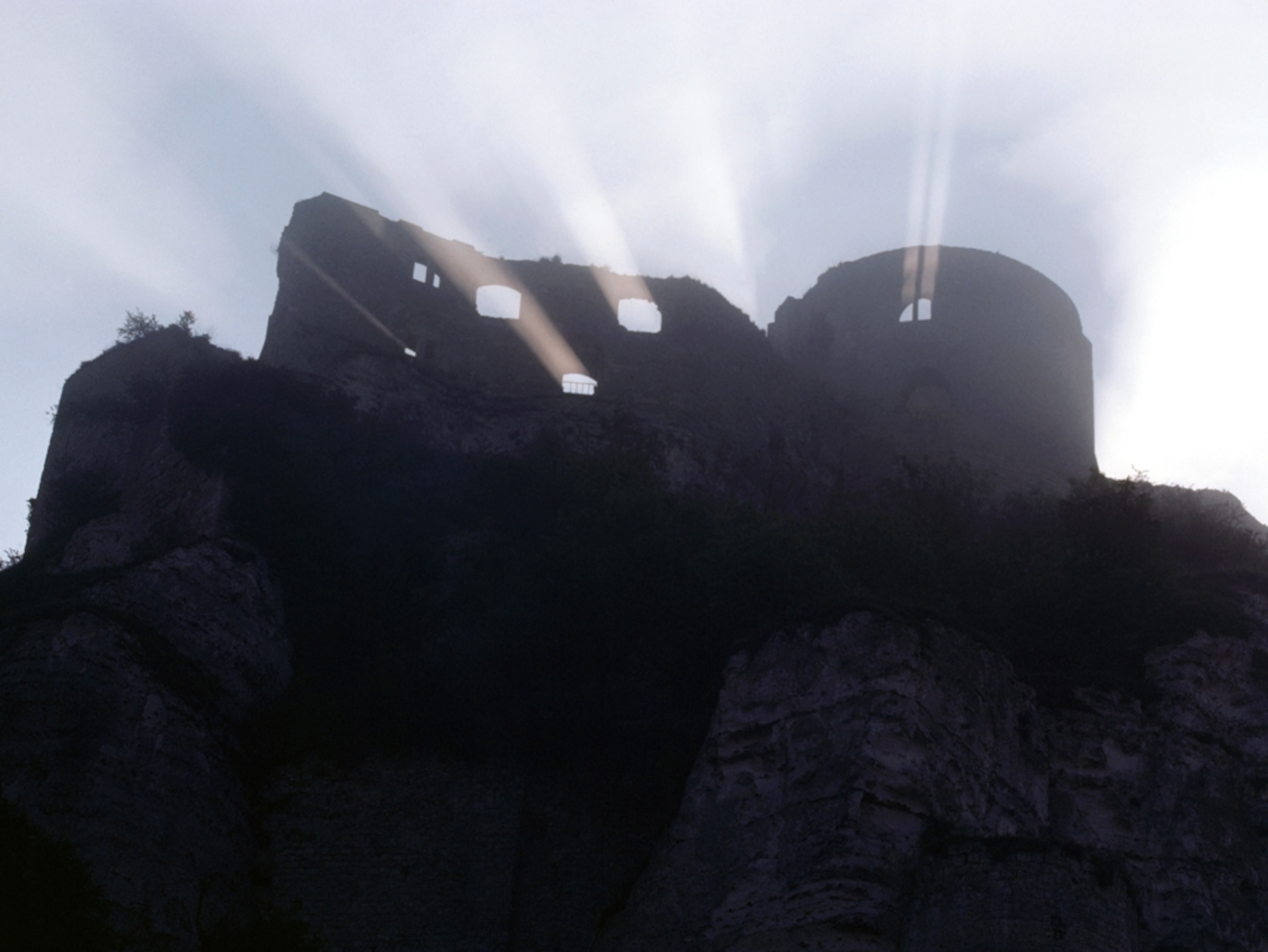 A symbol of long-ago battles, Chateau Gaillard lies in ruins near the town of Les Andelys, France. It was built by Richard the Lion-Hearted—King of England and Duke of Normandy—as a strategic redoubt against the king of France. In 1204 French soldiers storming the castle broke England's grip on Normandy.