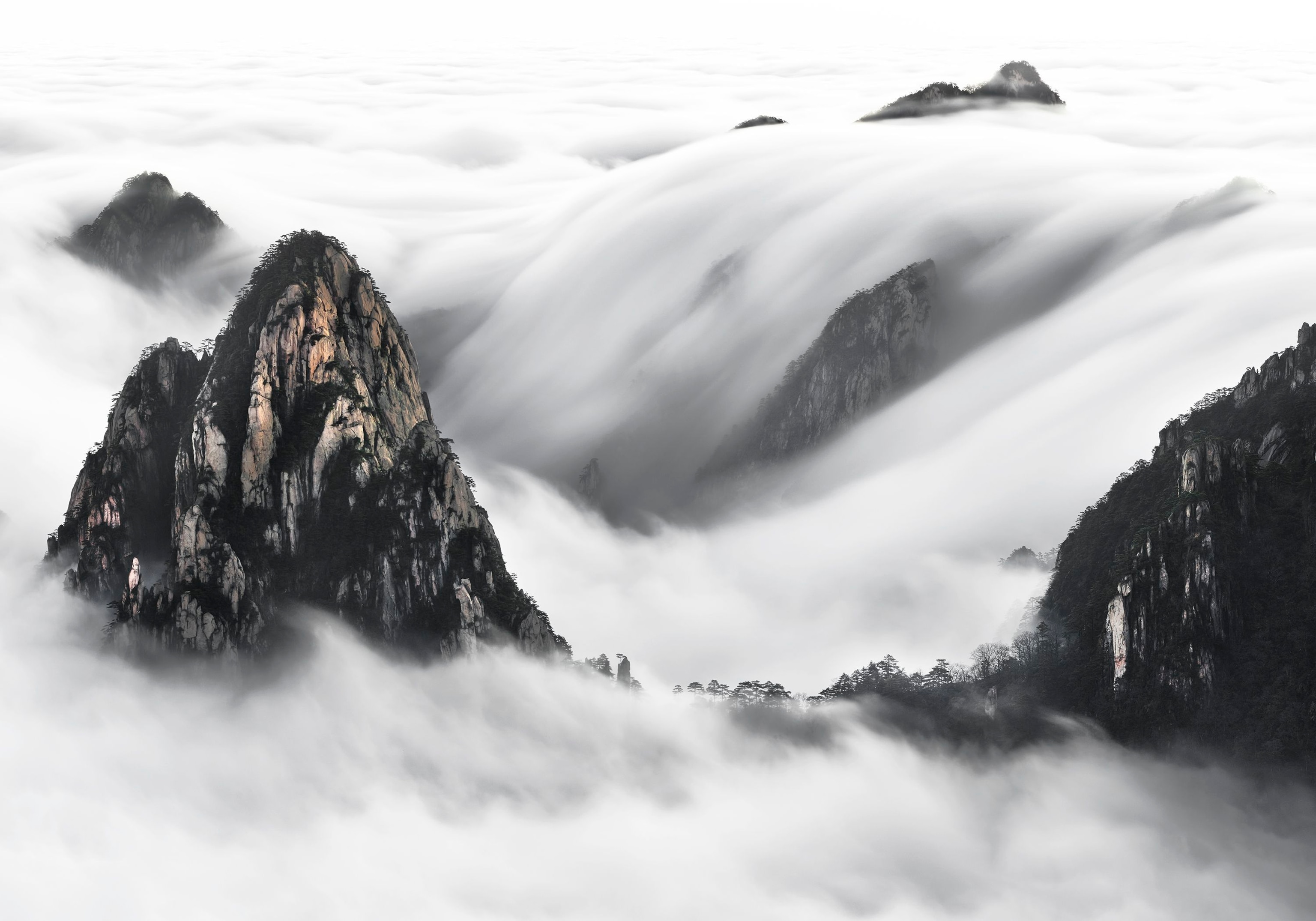 China’s Yellow Mountain (Huangshan) soars above a shroud of dramatic cloud cover. Your Shot photographer Thierry Bornier captured this phenomenon over “the loveliest mountain in China” after a predawn climb. “[After] climbing at 3 a.m. to reach the shooting point, I could see in the dark … the white, slow-motion ‘cloud waterfall.’ My hope was, when the [sun rose], this effect … would still stand in front of me. At 6:30 a.m., [it] was still there … before disappearing completely a few minutes later.”