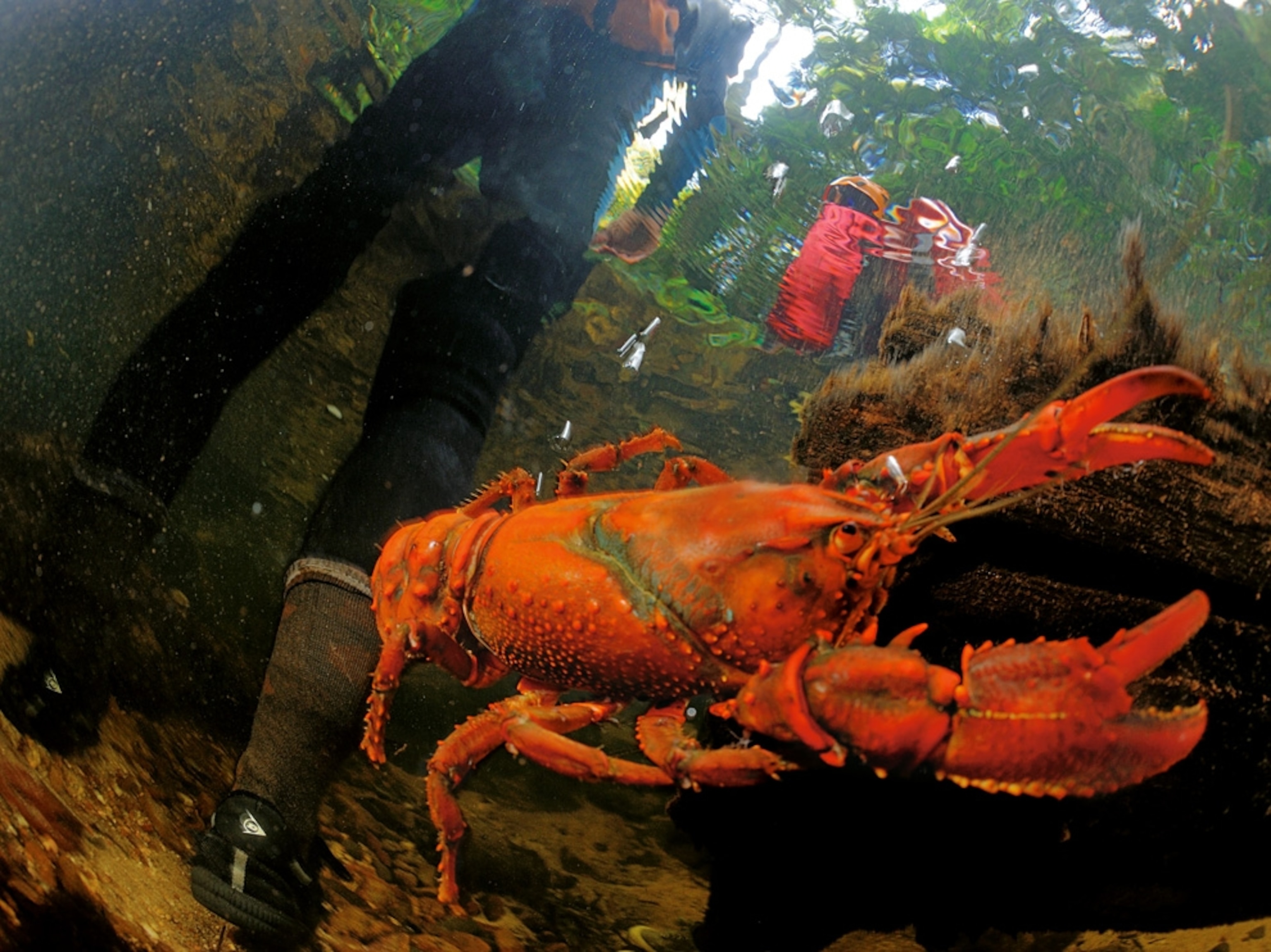 A foot-long crayfish dodges a hiker fording a stream in Australia's Claustral Canyon. The color of these crayfish, called yabbies by canyoneers, remains a puzzle. In some streams they're orange. In others they're blue. The difference is due partly to water purity—the blue ones are found in the clearest water.

See more pictures from the October 2011 feature story “Deep Down Under.”