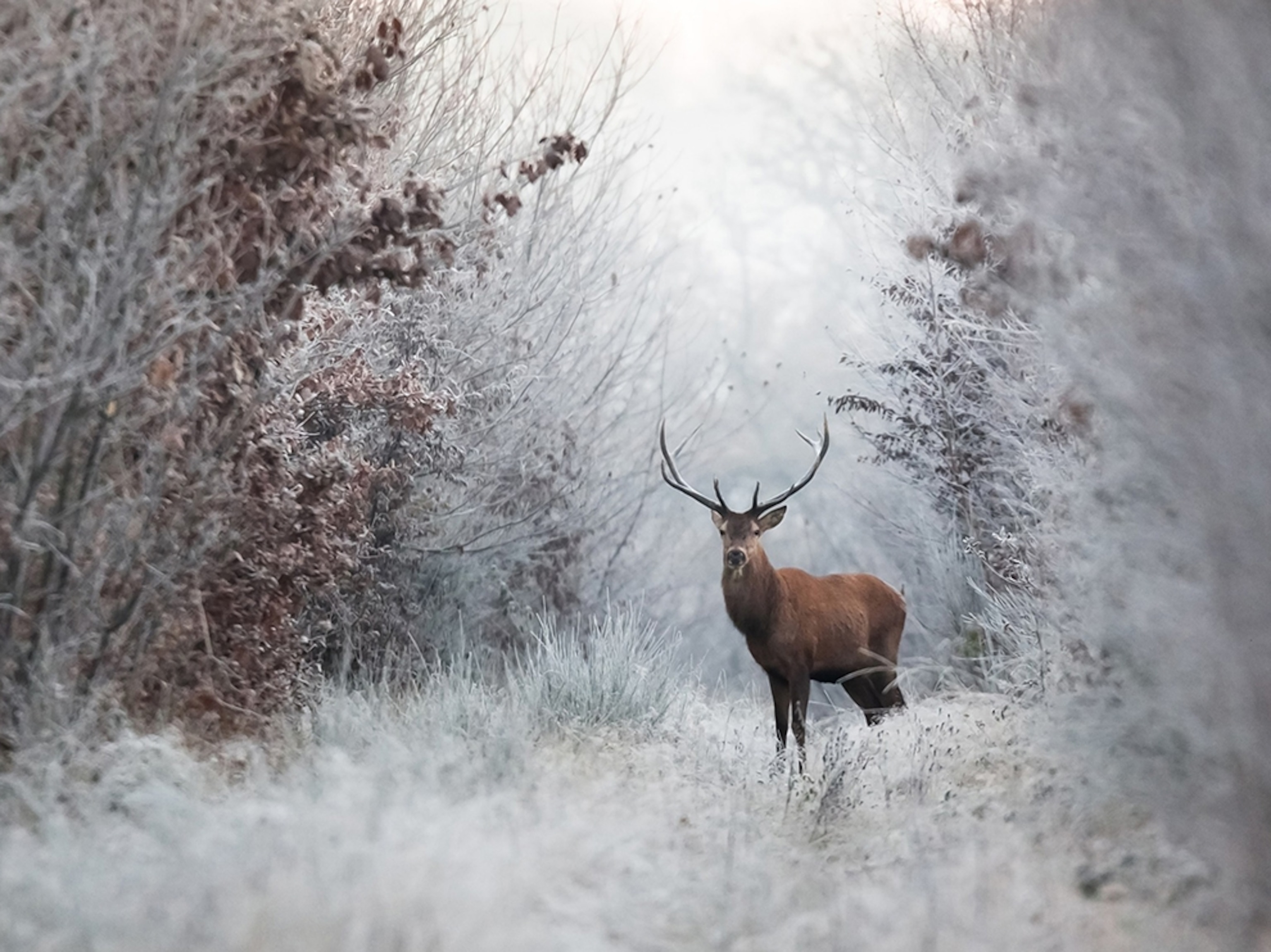 Hoarfrost settles on a moor along the border of Espace Rambouillet, a wildlife reserve near Paris, France, that’s home to deer like this stag and other wildlife. Having heard noises on the moor one day, Your Shot member Nicolas Le Boulanger returned early the following morning “to see the author of these sounds.” He had just arrived at the path when the deer appeared. “It literally jumped up in front of me as if to block access to its secret garden,” Le Boulanger writes. “We watched each other for five minutes, and I took hundreds of photos, but many of the others were missed due to the hoarfrost on the subject, my own shivers, and the rising morning mist that blurred the perspective.”

This photo was submitted to Your Shot. Check out the new and improved website, where you can share photos, take part in assignments, lend your voice to stories, and connect with fellow photographers from around the globe.
Photograph by Nicolas Le Boulanger, National Geographic Your Shot