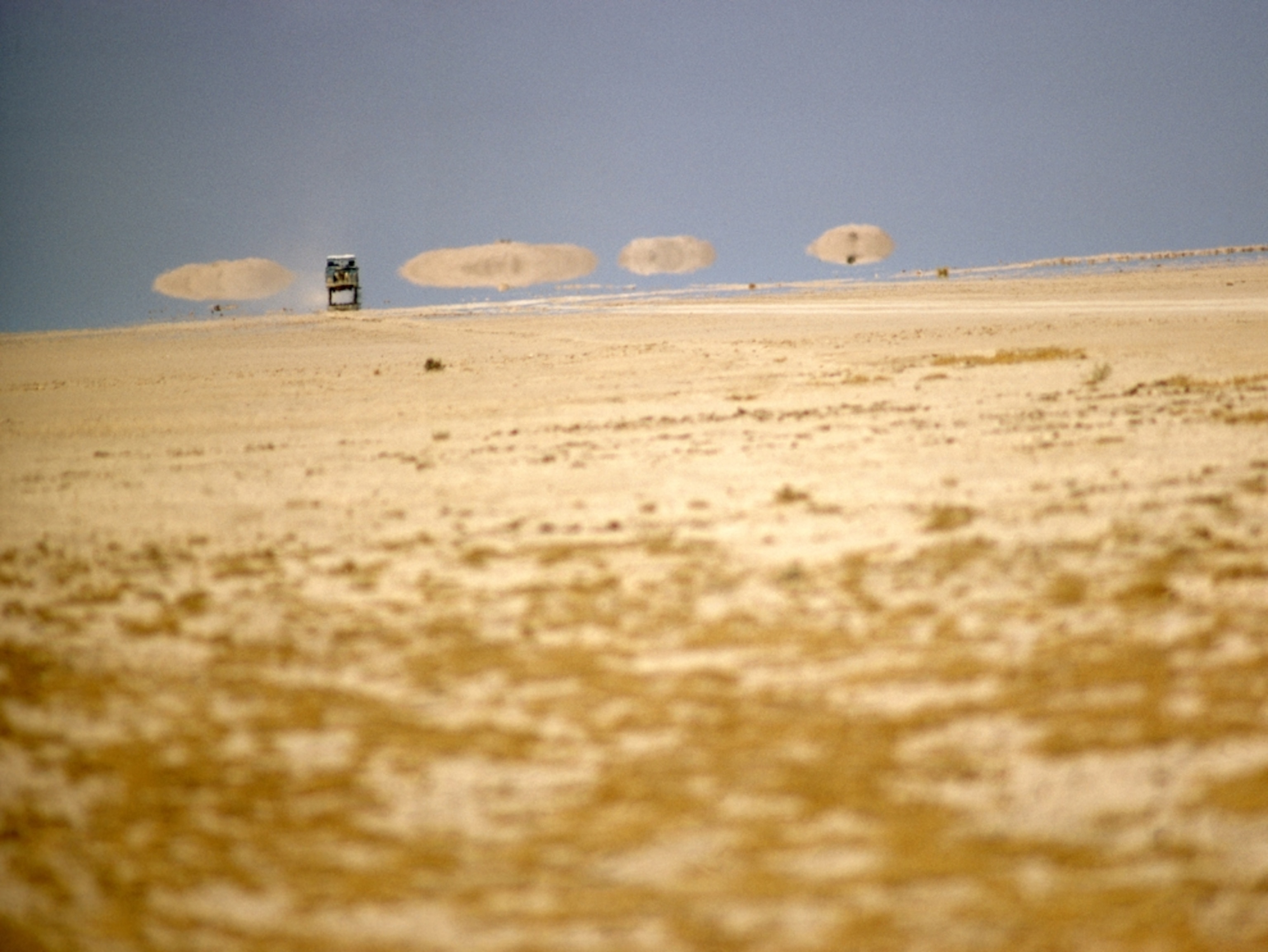 Like drifting clouds, hilltops mirrored in a mirage appear to float behind a Land-Rover. The illusion is created by heat waves shimmering in 120-degree (49-degree-Celsius) temperatures of the Dasht-i-Margo—Afghanistan's so-called "Desert of Death."