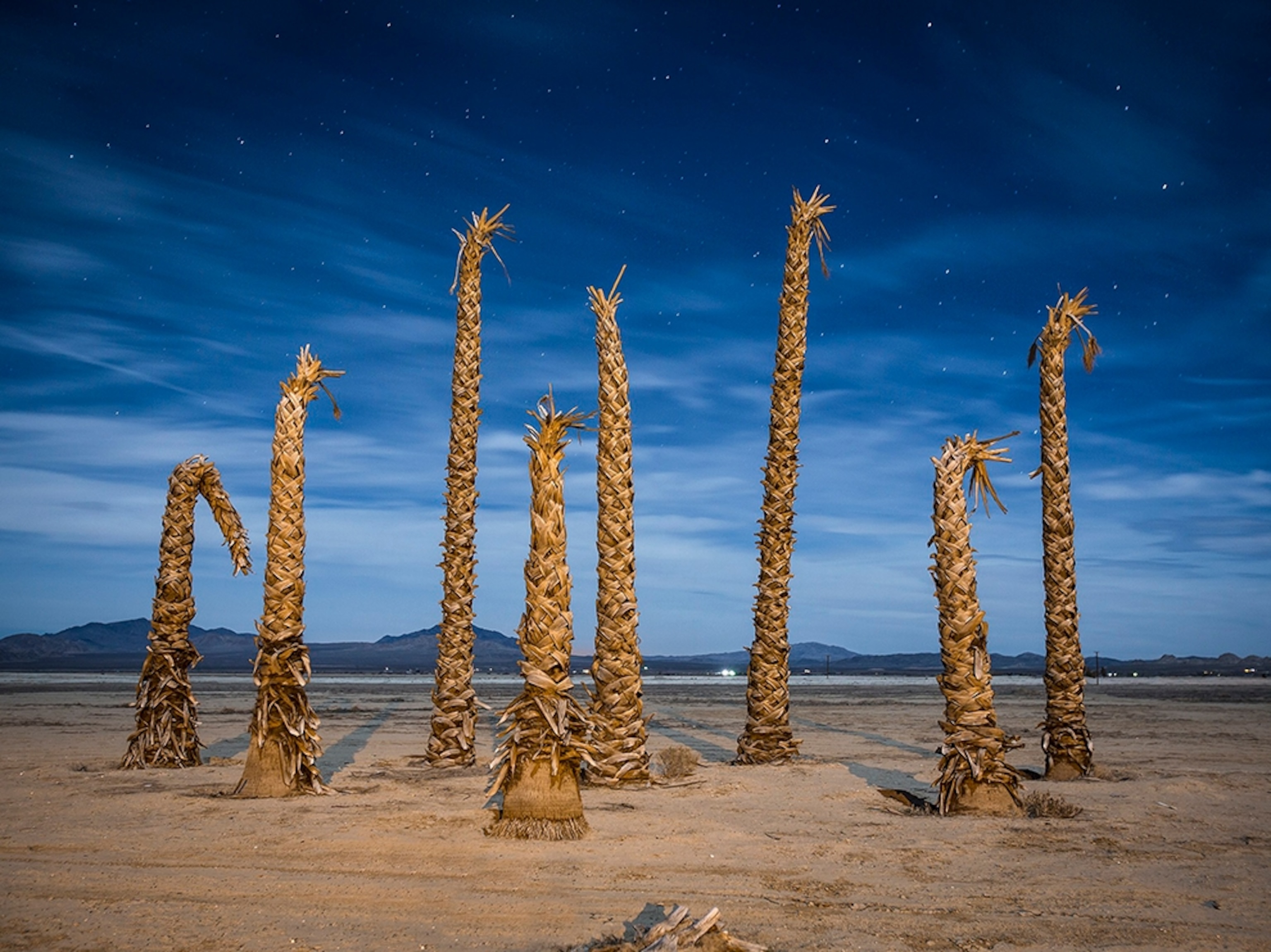 "This group of palms was planted as part of a planned real estate project in Lucerne Valley, a small town in the California desert," says Your Shot member Bill Brewer. "The development failed and years later these dead palms remain. I've shot this group of palms a few times, but never at night. [The night I shot this] I was returning home after shooting along old Route 66 and had driven up on these old friends. The palms were lit by a combination of moonlight and a streetlight. The artificial lighting gives the palms a weird glamour."

Brewer's picture was recently selected for the Your Shot Daily Dozen.