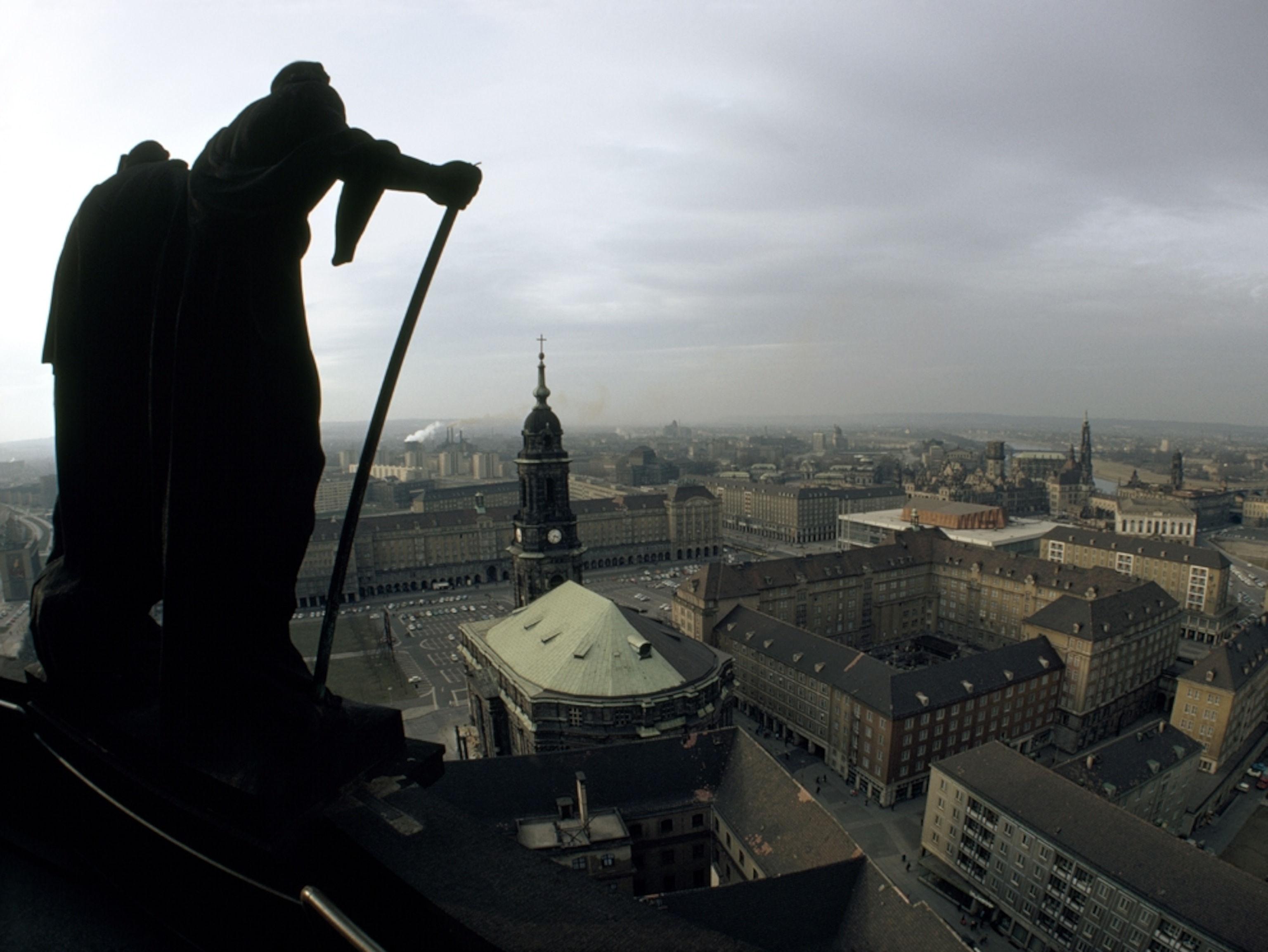 Statues look down on the rebuilt inner city of Dresden from atop City Hall. The medieval city lost tens of thousands of citizens and nearly every building to heavy Anglo-American bombing near the end of World War II. The restored Church of the Cross stands at left of center.