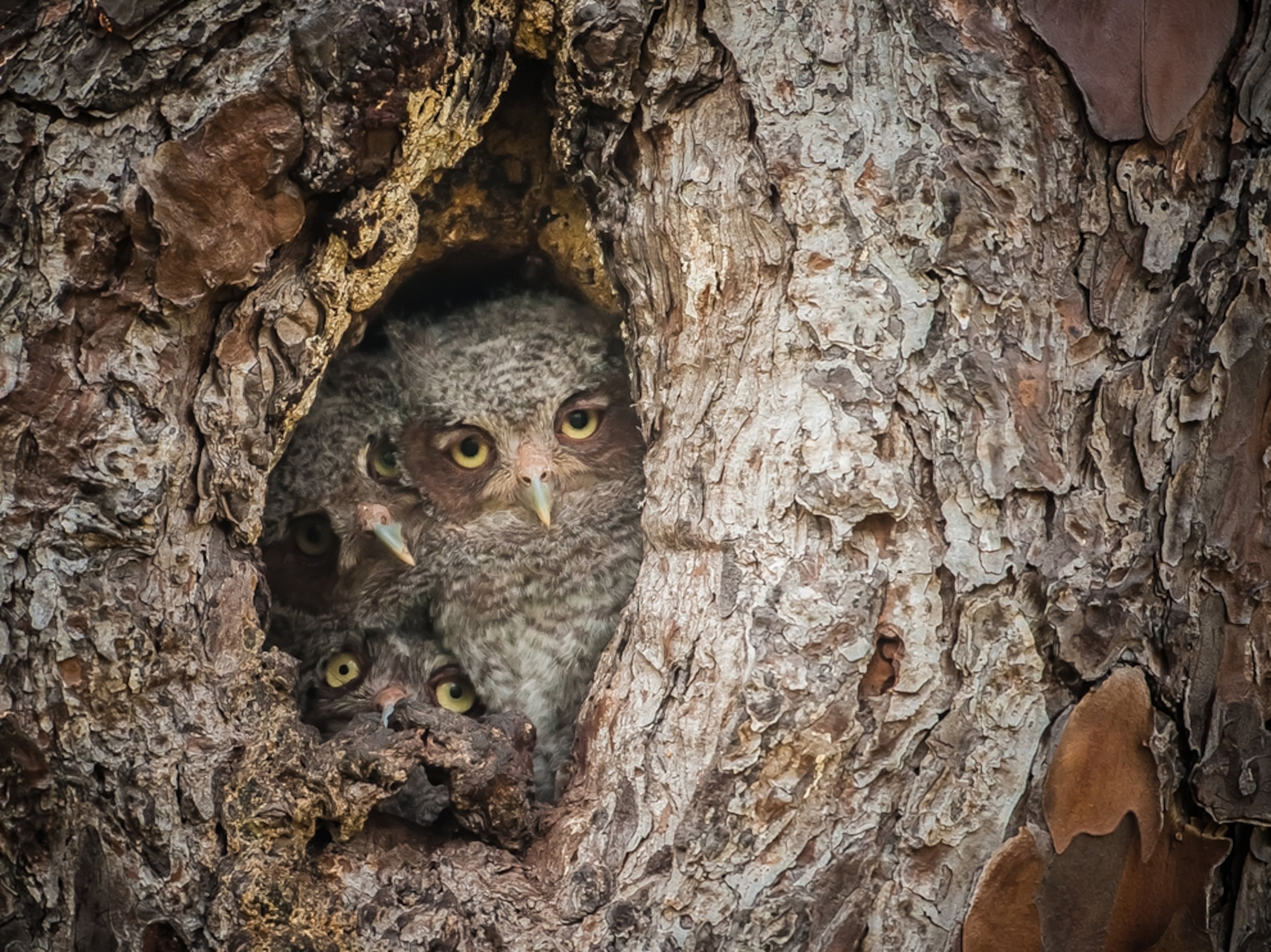 Eastern screech owls like to take over woodpecker nests that have been dug out over the years in pine trees, which are the main species of tree at this swamp. The Fish and Wildlife Service also paints a white ring around the base of a tree that has active nests so they will be avoided when conducting controlled burns. Screech owls can range in height anywhere from eight to ten inches, so you have to have a sharp eye to find these little birds of prey.

I spent the first few weeks of April this year photographing the gray morph screech owl that was living in the nest and had no idea there were three owlets inside.