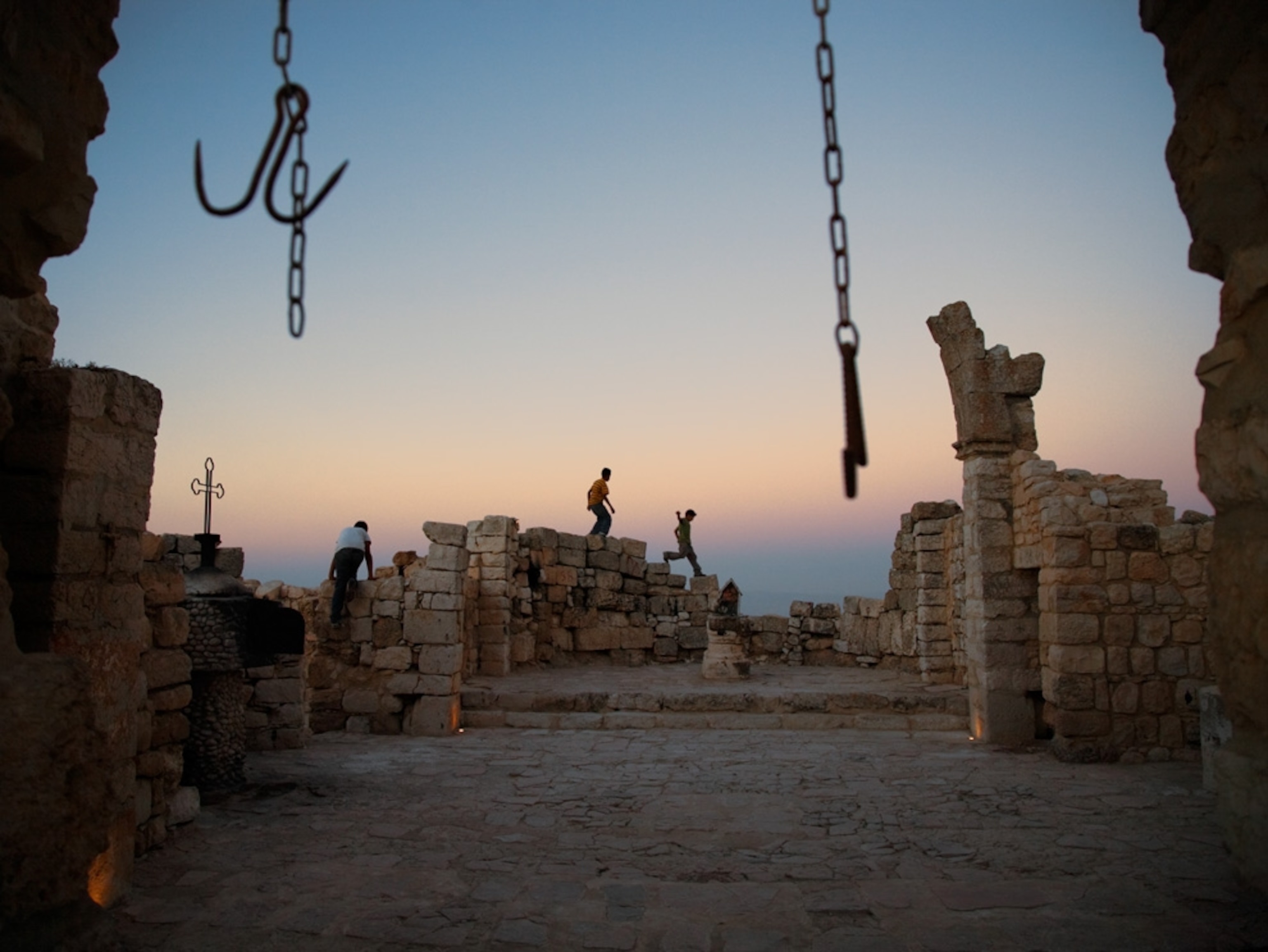 This Month in Photo of the Day: National Geographic Magazine

The only community in the West Bank that remains completely Christian is At Tayyibah, and three churches tend its 1,300 souls. The remains of El Khader (above), a cross-shaped church built sometime between the fourth and seventh centuries and rebuilt by 12th-century crusaders, still stand on the outskirts of the town. For nearly a millennium after Christ, such Christian villages dominated the rocky hilltops of Palestine, declared holy ground by the emperor Constantine after his conversion to Christianity in 312.