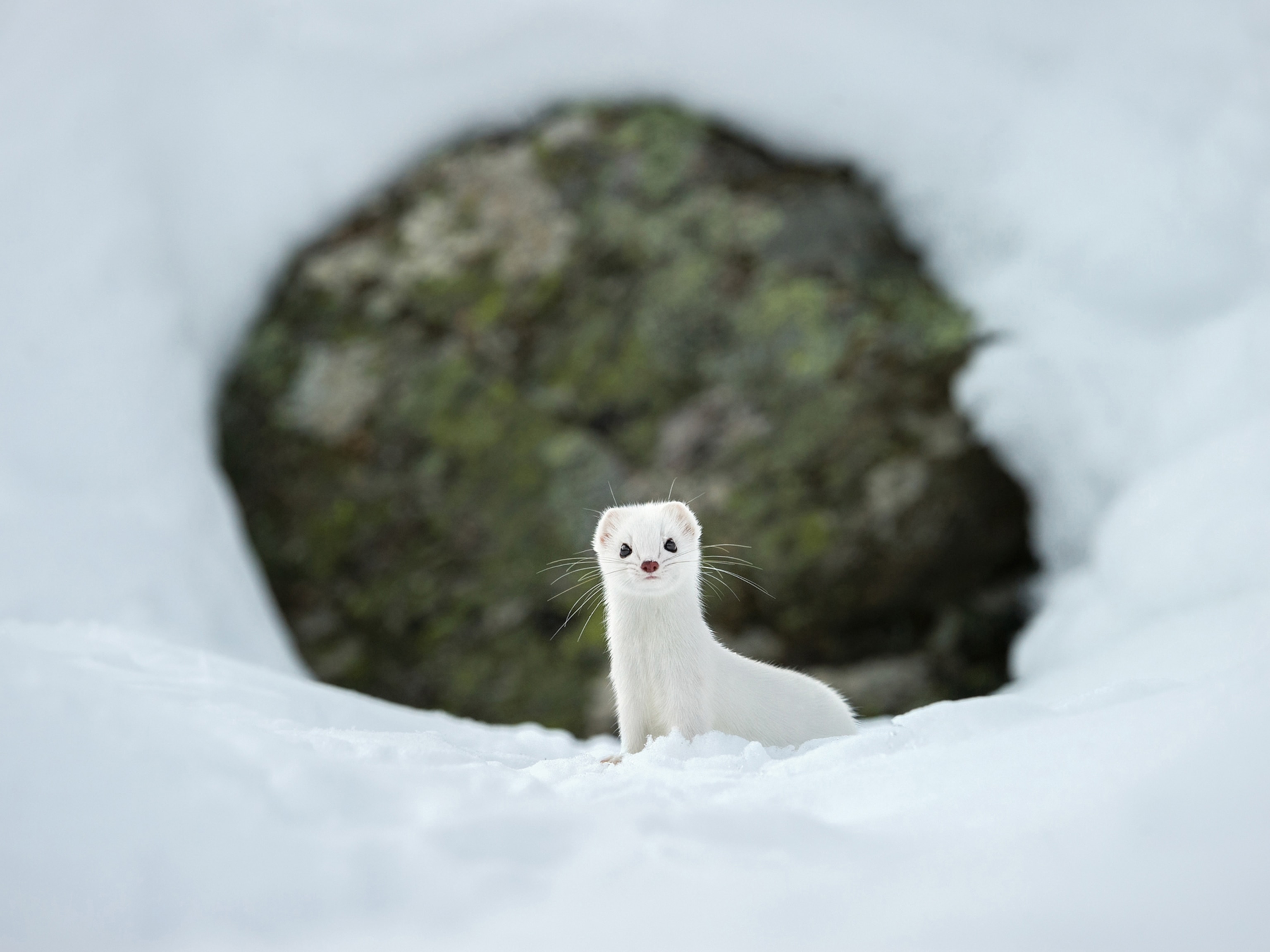 Among the wildlife inhabiting Italy’s Gran Paradiso National Park are ibex, chamois, red foxes, and ermines such as the one shown here wearing its white winter coat (its spring and summer coat is reddish brown).

Learn about how Stefano Unterthiner's love of photography developed in Gran Paradiso National Park on Proof.